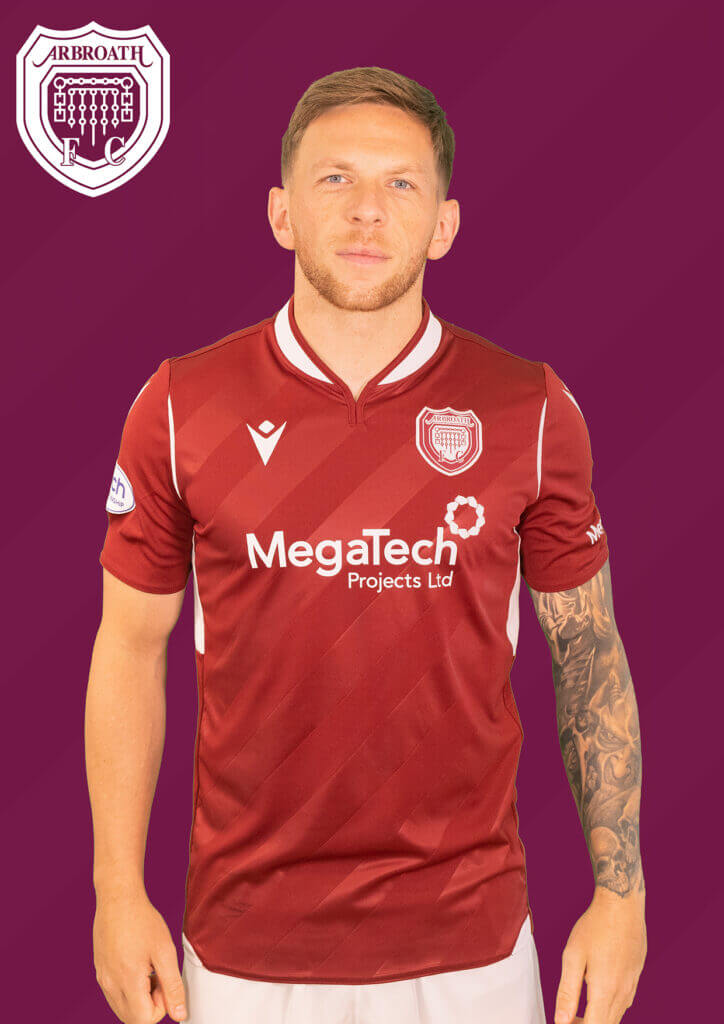 Please tell us of your previous clubs?

When and who was your senior debut against?

Best Manager you have played for?

Best Player you have played with?

Simon Donnelly, although when Bobby is on his game he’s right up there.

Best Player you have played against?

Best goal you have scored?

Best story about a team mate?

Paul McManus used to pull down his pants and pretend his bum was talking, he done this away to East Fife on the pitch before the game unaware their full hospitality were watching. Even when the boys told him he just carried on!

Growing up who was your favourite football player?

Most memorable match you have played in?

1st time playing Rangers at Ibrox in front of a full house.

What training drill do you dread the most?

Biggest achievement in the game?

Being named in PFA team of year 4 times.

Biggest influence on your career?

Most embarrassing moment on a football pitch or in a dressing room?

Miscounted at a penalty shootout vs Berwick Rangers a few years ago, their boy missed and I ran away celebrating only to realise none of my team mates has joined me and we still has to score our next penalty to win.

Best practical joke you have seen in football?

Willy Kinniburgh at Partick had put a fake registration plate on Craig Hinchcliffe’s car which had a rude comment about him. Hinchy then pretended that he’d been pulled over by police and was due up in court and asked Willy to be a witness for him. On the date of court case, Willy showed up in his suit and the rest of the team piled into the team bus to drive down and surprise him, once Willy seen the bus he just bailed with embarrassment.

Which do you prefer Sportscene of Match of the Day?

Match of the Day.

Which do you prefer Soccer AM or Fletch & Sav?

Who do you think is the best player Messi or Ronaldo?

Which teammate past or present do you think should replace Daniel Craig as the next James Bond?

What 3 people, alive or dead, would you invite to your dinner party?

Stone Cold, The Rock and Hogan as special guest referee.

Stranded On An Island, What Are Your 3 Essential Items?

If you could attend any sporting event in the world, what would it be?

Favourite Cartoon as a Kid?

Are you a good cook and if so what is your Signature Dish?

Who is your dream date?

My cap and top received for representing Scotland School Boys.

Tell us a secret about you?

I filled this questionnaire out on the toilet.

What was your main reason for signing for the Lichties this season?

I’m desperate to win promotion and genuinely believe this club will do that this season.

What is your personal aim this season?