Home - Thank you to Murray Taylor

Thank you to Murray Taylor 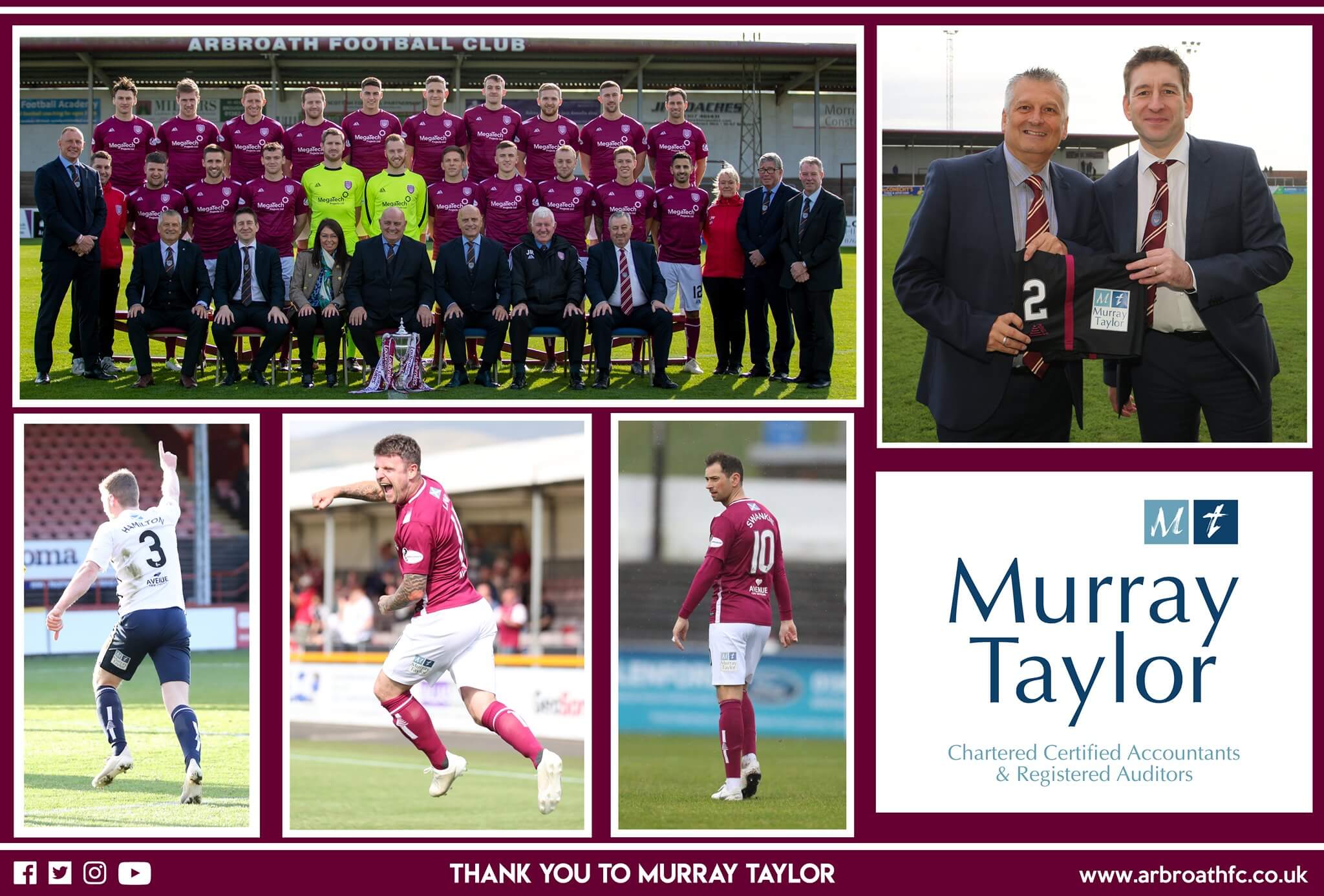 Murray Taylor Chartered Certified Accountants have been a long time sponsor of Arbroath FC with their name appearing on the back of the Arbroath shirt back in the 2008/2009 season with Robert being appointed to the Arbroath FC Board of Directors in March 2012.

The Murray Taylor name is now on our shorts and has been seen all over the Championship as the Lichties have enjoyed a tremendous season in our Championship debut.

With the help of all our shirt sponsors, MegaTech Projects Ltd, Avenue Care Services and Murray Taylor we are able to bring together a talented squad of players on the pitch which this season has resulted us in finishing 5th in the Championship.

“We as a club, have benefited from the sponsorship of Murray Taylor Chartered Certified Accountants for well over a decade and that has been a huge commitment which everyone at Arbroath FC is extremely grateful for.

On top of their sponsorship, I am extremely fortunate to have Murray Taylor Director Robert Sim as one of my loyal and dedicated Directors.

Robert looks after our finances at the club and his expertise and careful management has helped guide our club in the right direction allowing us to flourish on and off the pitch.

Robert, along with his wife and fellow Murray Taylor Director, Louise Sim has also been an excellent supporter and helped out our club on numerous occasions.

As a club it is great to be able to have such a well known and respected Angus Business as one of our main sponsors and be part of our winning family.”