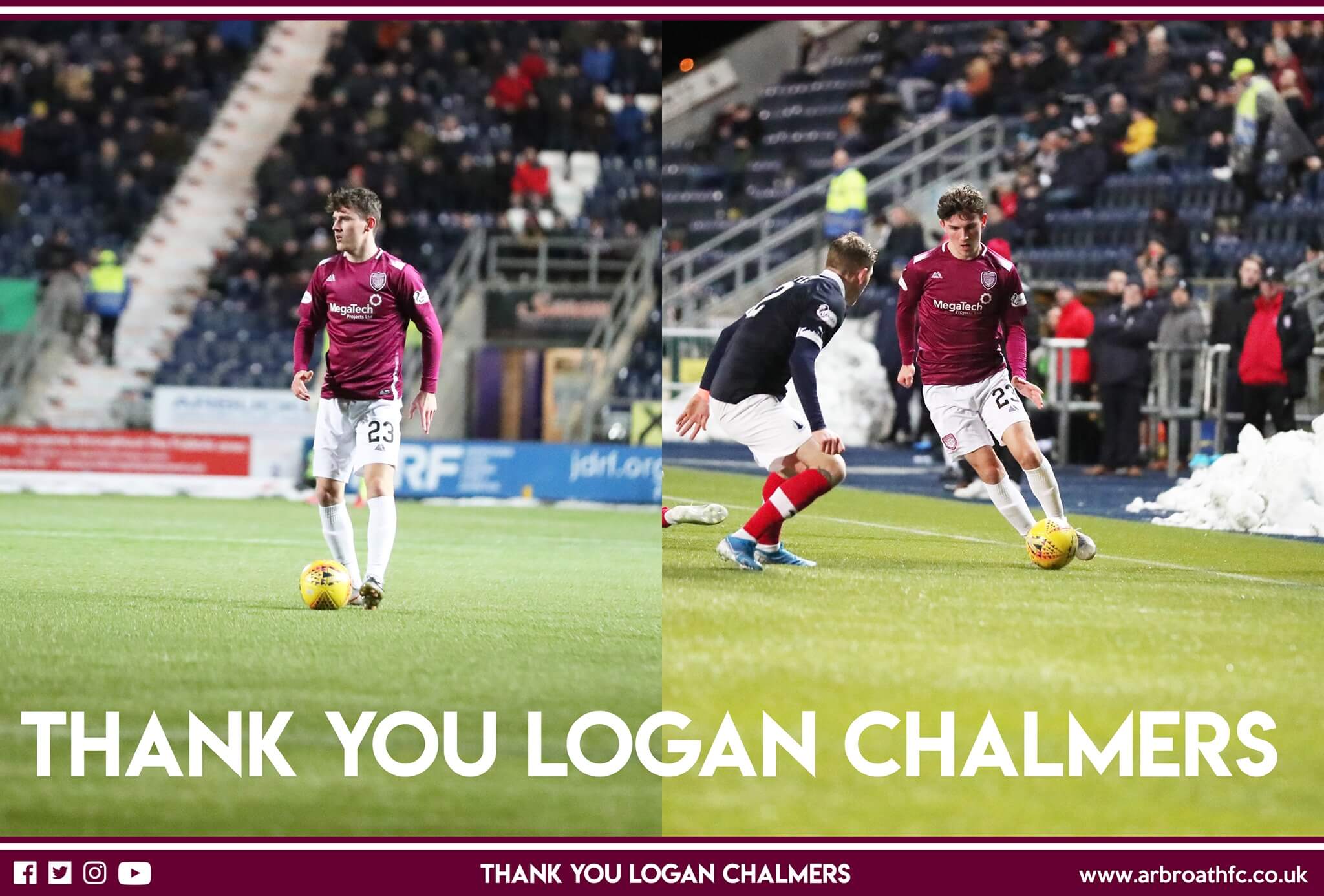 Arbroath FC would like to thank winger Logan Chalmers for his loan spell at the club.

We would also like to thank Dundee United FC and everyone at Tannadice who made Logan’s move to Gayfield possible.

Logan joined the LIchties in January and made his debut in our rescheduled match at Alloa Athletic coming on in the 75th minute.

Logan made two more appearances for the Lichties in the William Hill Scottish Cup against Falkirk from the bench, before an away tie at Dundee United unfortunately meant Logan was ineligible to face his parent club.

We only had 3 more matches after the Tannadice game in which the team were on an undefeated run meaning that Logan and several other Arbroath players couldn’t break into the winning starting 11.

During his spell at Gayfield, Logan also was playing for Dundee United Development side where he scored a series of free-kicks and goals.

Logan has been a true professional, and finishes the season with a Championship medal under his belt with Dundee United.

We knew that Logan would eventually get his chance in our team, but sadly the season has come to a premature end.

We know Logan has a huge future in the game and will always be welcome back to Gayfield!