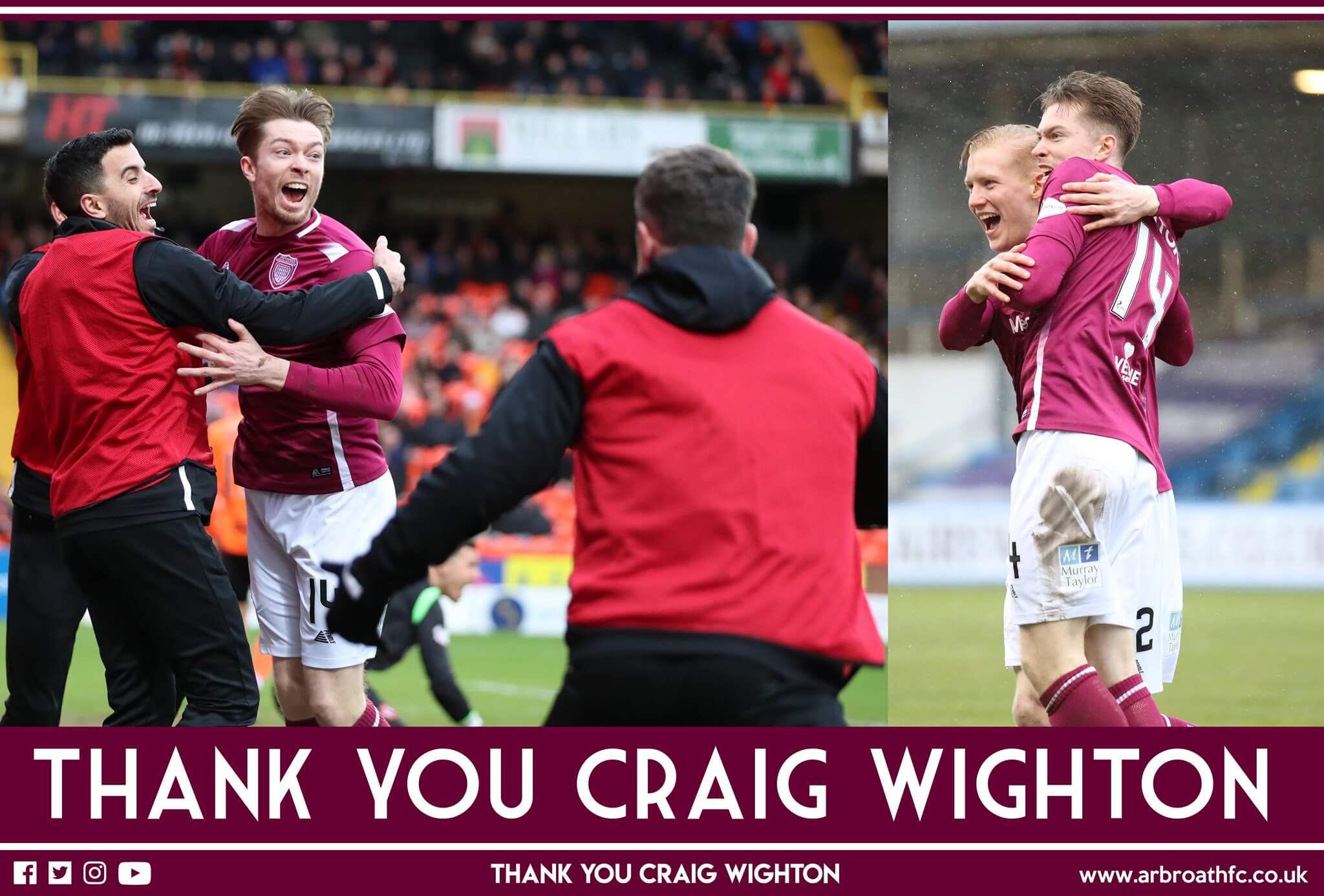 Arbroath FC would like to personally thank striker Craig Wighton for his spell at the club.

We would like to thank Heart of Midlothian and everyone at Tynecastle who helped Craig make the move to Gayfield.

It was widely publicised that Craig had many options on where to go out on loan and we were thrilled that Craig chose to come to Arbroath and play under Dick Campbell.

It was a move that perhaps made some in Scottish Football take notice of the immense journey that we have made as a club in such a short period of time.

The script was set and Craig didn’t disappoint.

A winning goal on his home debut against Partick Thistle before scoring the winning goal at Tannadice just days later!

Another goal came against Greenock Morton which looked like we were on for another win until a cruel 95th minute equaliser.

Sadly we only got to see Craig play in 5 games for the Lichties, but Craig’s arrival provided the quality and spark we need to restart our season.

We were all looking forward to the next 10 matches and undoubtedly more goals for Craig.

Sadly the season has now ended, and we have had to say goodbye to Craig.

“Craig came in at the perfect time. He scored important goals, including the winner against Dundee United, and brought a bit of class to the side.

“We were good for Craig as well. He’s been able to remind people what he’s capable of and he has led the line brilliantly.

“We knew we had to strengthen in that window and just by signing a player of that quality sent out a message.

“I don’t think it will be an option to get Craig back next season. We’d love to but if he doesn’t stay at Hearts I would expect him to be playing for another Premiership team.”

We wish him all the absolute best, and Craig will always be welcome back at Arbroath FC.