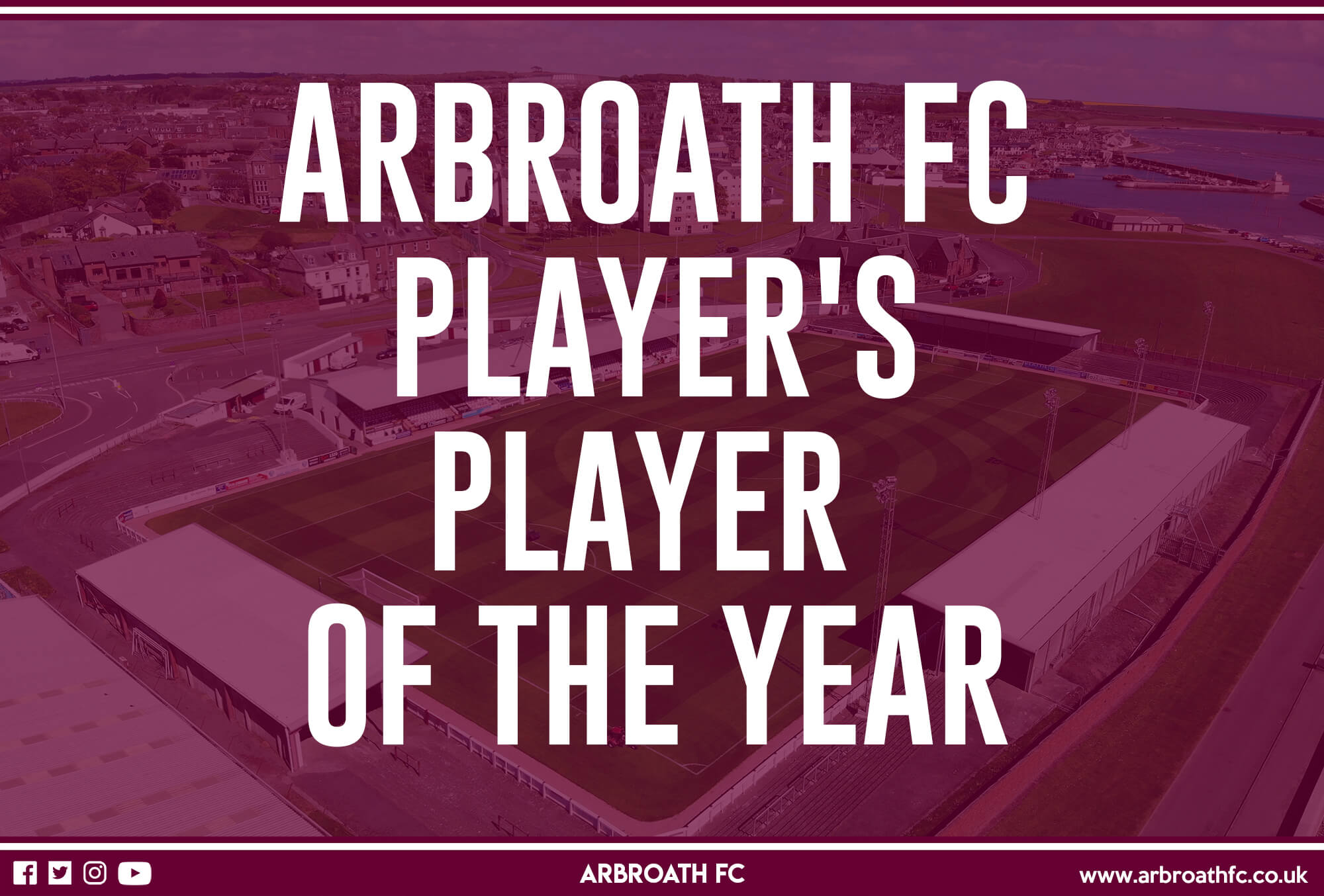 Every year at the end of the season, Lichtie Karen Fleming organises the Player’s Player of the Year award.

This award is voted by all the members of the Arbroath Team as they vote for their team mate who they believe was the very best of the group.

Incredibly hard choice given that we have had such a strong season in all areas of the pitch in our debut season in the Championship.

We are delighted to announce that Thomas O’Brien has been voted the Arbroath FC 2019/2020 Player’s Player of the Year.

We have a video from Thomas who has a little help from his wee boy!

Many thanks again to Karen for getting together for taking care of all the voting and getting a video from our worthy winner!

Despite enjoying her early retirement in December 2016 after 19 years from running the Gayfield Club Shop, we are very grateful for Karen’s organisation of this award.