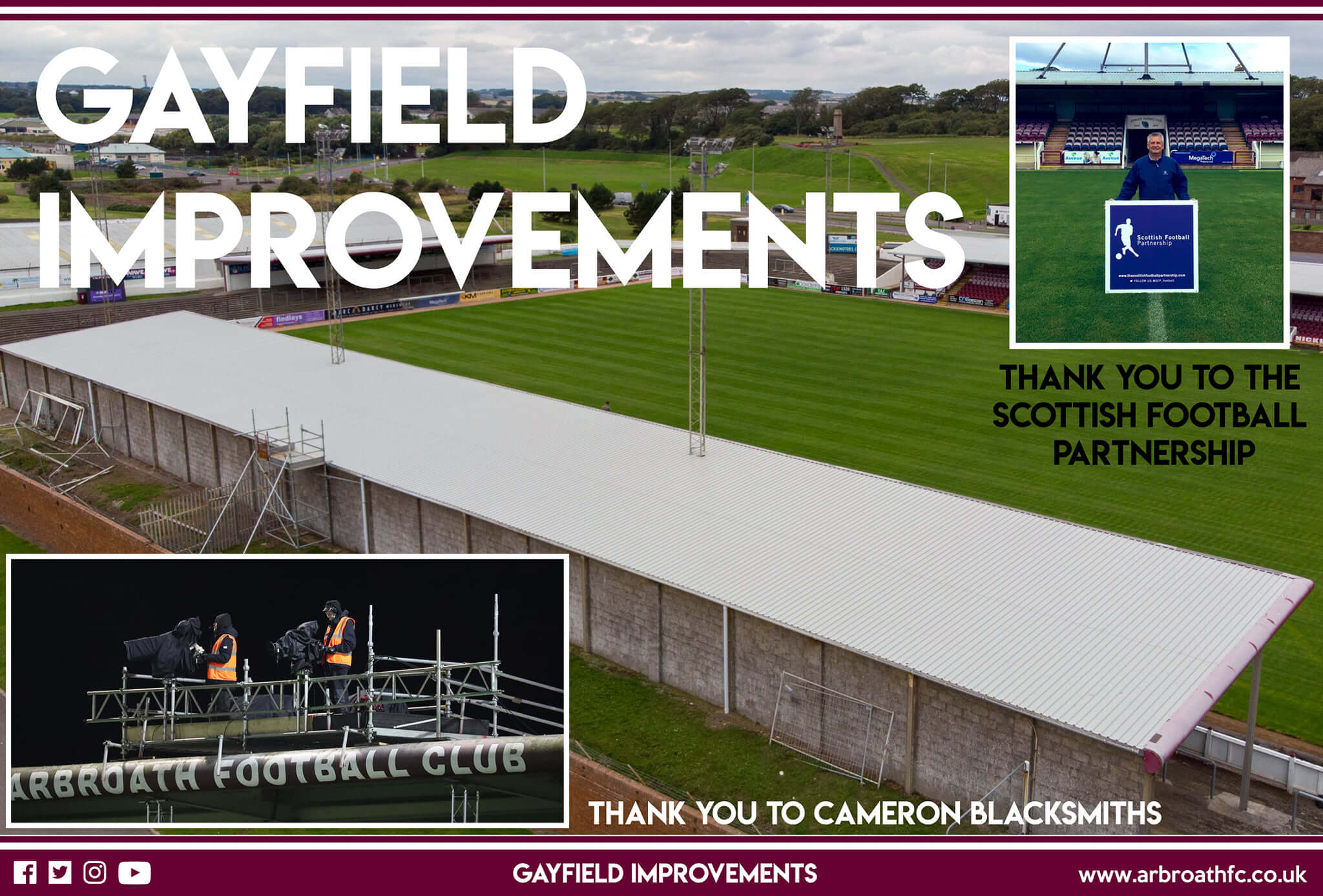 Arbroath FC would like to publicly thank the Scottish Football Partnership who have once again provided grant funding to our continuing programme of ongoing ground improvements to Gayfield Park.

Whilst our supporters are currently not allowed in to Gayfield Park, we pride ourselves in always listening to our supporters and we wanted to address the leaking enclosure roof on the Seaside Stand.

Our close proximity to the North Sea, which makes Gayfield one of the most unique grounds in the Country, also comes with the realities of being continually at the mercy of the North Sea and its strong winds and salty sea air which had taken its toll on the structural steelwork.

The Scottish Football Partnership play a vital role in so many providing so many Football Clubs grants in order to improve their grounds, and we were delighted again that they were able to provide assistance with a financial grant covering 50% of the project costs which was awarded to Arbroath FC.

We hope that our fans will soon be back allowed into Gayfield to see the new roof for themselves.

Arbroath FC would also like to thank Rab Cameron and his son Scott Cameron from Cameron Blacksmith’s for the installation of the new roof.

“Arbroath Football Club is extremely grateful to the Scottish Football Partnership for once again providing grant funding towards a project at Gayfield Park. During the summer, a large section of steel work which had significantly deteriorated on the seaside enclosure was replaced and the Club were once again successful with an application for a Facilities Award.

These projects might not have been possible without the funding provided and the Club is extremely grateful to the Partnership for its assistance and guidance with its applications and in making the awards”.

Arbroath FC would again like to thank the Scottish Football Partnership and Cameron Blacksmith’s.