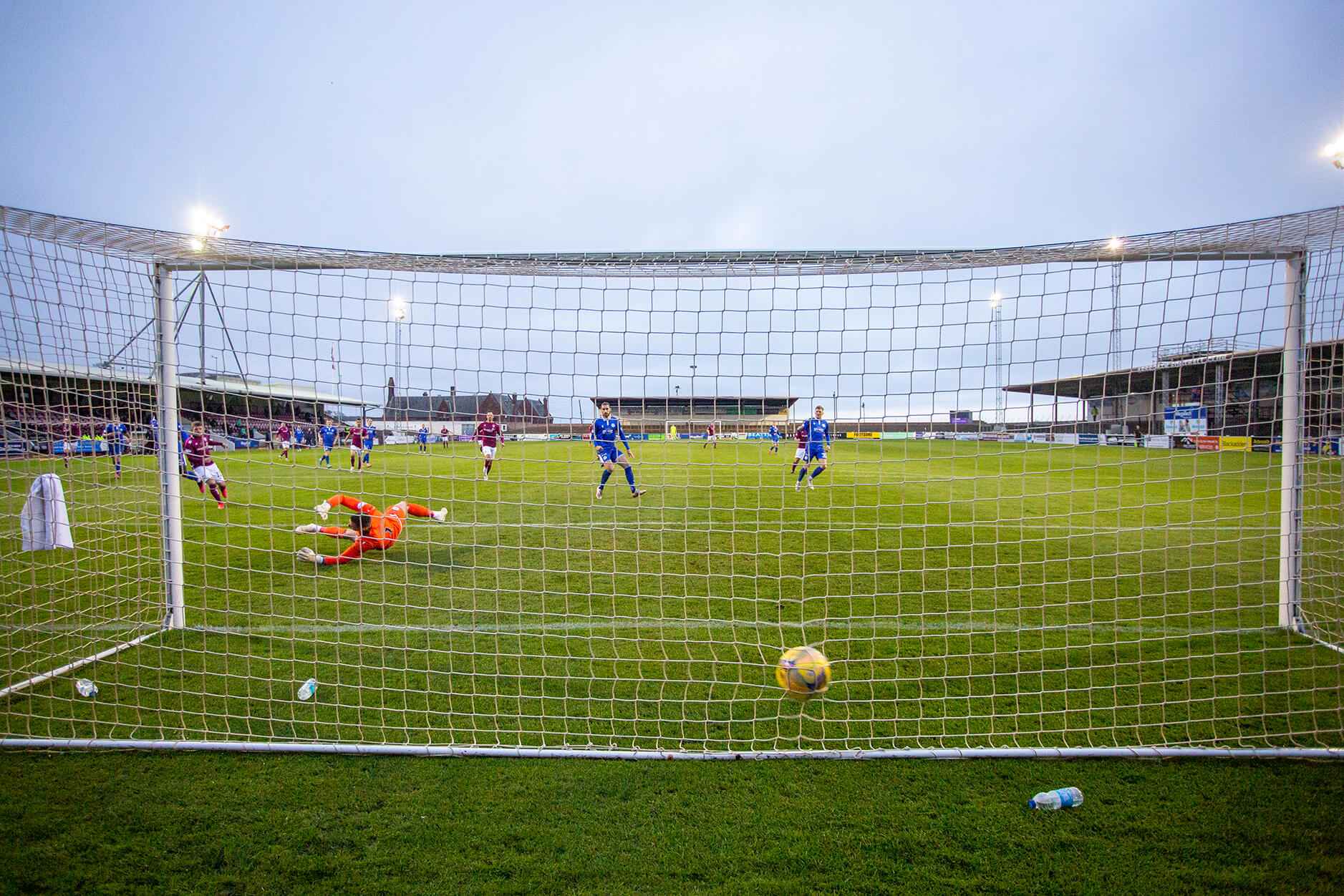 Arbroath and Queen of the South both secured their first points of the season on Saturday, but the Lichties were denied all 3 points by some sensational saves in the second half by Jack Leighfield.

With Colin Hamilton out, it was Scott Stewart who stepped into defence taking over at right back whilst Jason Thomson moved into the left back position with Ricky Little and Thomas O’Brien completing the back four in front of Derek Gaston.

Dale Hilson started on the right wing, with Bobby Linn on the left with Michael McKenna, Gavin Swankie and Miko Virtanen completing the midfield with Kris Doolan leading the line.

Queen of the South made a bright start and Stephen Dobbie wasted no time in testing Derek Gaston forcing an early save after just 2 minutes.

Headers from Ricky Little and Miko Virtanen followed by a shot over the bar from Dale Hilson as Arbroath tried to find the opening as they fired towards the Harbour End.

Connor Shields should have opened the scoring in the 23rd minute but his shot from close range was high over the bar as Arbroath were let off the hook.

The Doonhammers did take the lead in the 32nd minute when a long cross field ball from Gregor Buchanan was met by James Maxwell and the Rangers loanee made no mistake as he fired past Gaston from a very tight angle high into the net.

Just 5 minutes later and Stephen Dobbie was given the chance from a free kick just outside of the box when Scott Stewart fouled Aidan Fitzpatrick, whilst also picking up a yellow card however Dobbie’s shot was blocked by the wall.

Dobbie again was involved in the 39th minute but his right footed shot missed to the right of the post.

Scott Stewart had Arbroath’s best chance just before half time when he found space in the box before unleashing a fierce shot from a tight angle which Leighfield pushed away for a corner kick.

It didn’t take long for Arbroath to equalise with Bobby Linn running not on to a Michael McKenna pass before cooling slotting under Leighfield to equalise in the 48th minute.

Arbroath had come out revitalised and would soon start to up the pressure on the Queen of the South defence.

Joe McKee picked up a yellow card for a late foul on Jason Thomson in the 50th minute with a Ricky Little header coming close just 60 seconds later from a corner kick.

Dale Hilson was a fraction away from a goal as his volley smashed off the cross bar in the 59th minute before Luke Donnelly replaced Kris Doolan in Arbroath’s first change of the afternoon.

Bobby Linn was fouled by James Maxwell who also went into David Lowe’s book before Gavin Swankie was booked for a foul on Fitzpatrick.

It was to be Swankie’s last contribution of the afternoon as David Gold was brought on seconds later.

Despite Arbroath having the better chances Queen of the South were never out of the game and Stephen Dobbie again forced a save in the 66th minute.

Leighfield was again the hero as he managed to get down and save a 20 yard strike from Dale Hilson before Scott Stewart tried his luck from range.

Ricky Little again was denied by a stunning Leighfield save, this time as Little met a corner kick with the ball looking to nestle in the bottom corner until Leighfield somehow got a glove to the ball.

Michael McKenna was the next player to be cautioned in the 72nd minute after a foul on Shields.

In the 74th minute Stephen Dobbie went down in the box after a nice piece of skill, however with the referee just yards behind him, and Dobbie calming he was caught by Ricky Little’s legs, referee David Lowe instantly showed the yellow card to Dobbie for simulation.

Michael Ruth replaced Bobby Linn with 13 minutes to go as the Lichties pushed for a winner.

Ruth looked certain to net the winner as a cross reached him at the back post but agonisingly the ball fell behind his body and defender McKee somehow managed to make a sliding tackle to push the ball away for a corner.

Dale Hilson was again denied a goal by Leighfield in the 86th minute with the keeper performing heroics in the Queen’s goal.

As the final whistle blew several players fell to the ground exhausted. It just wasn’t to be for either team.

Arbroath now welcome Elgin City to Gayfield on Saturday for the final game of the Betfred Cup.