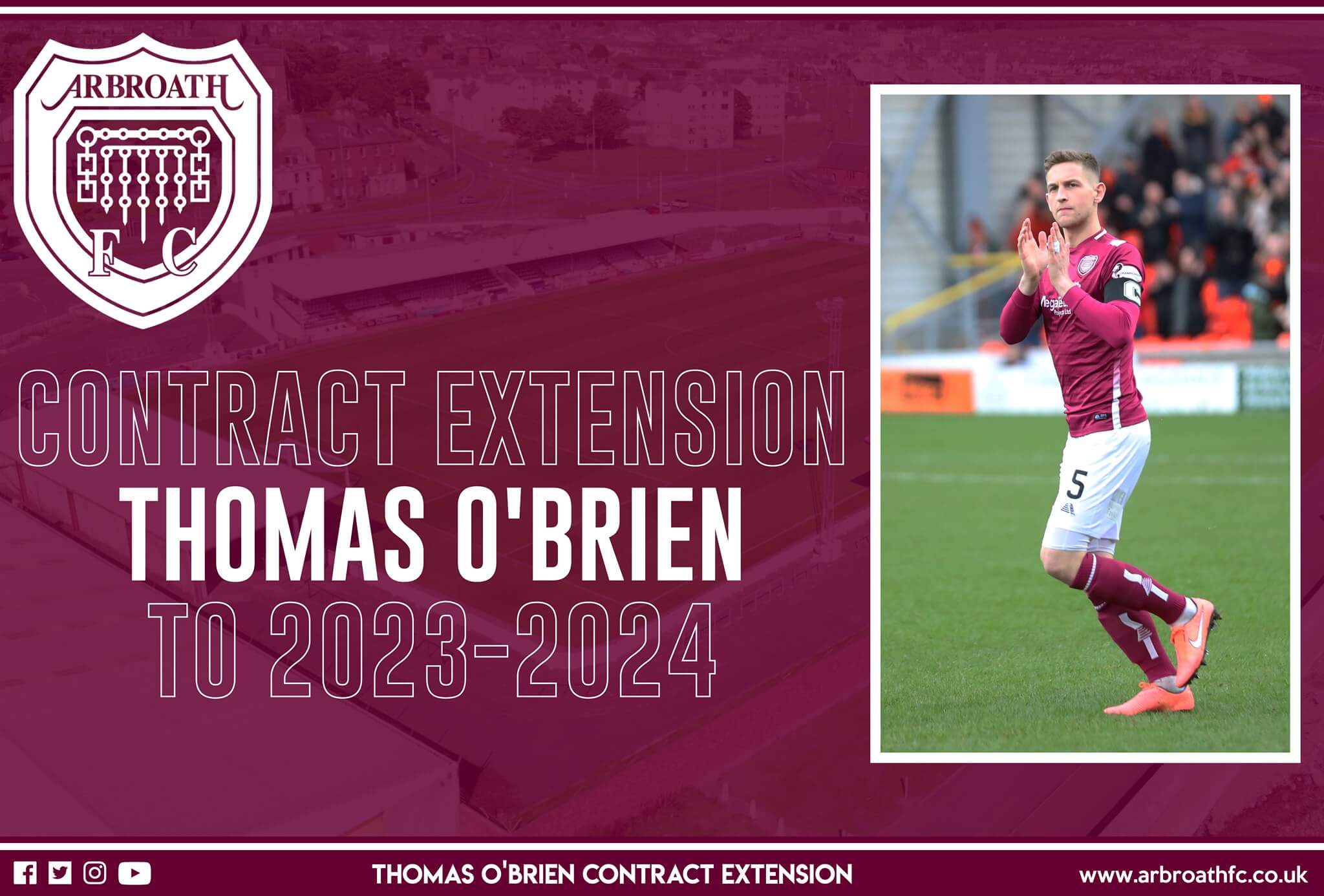 We promised you big news this evening, and well if you watch Thomas’s acceptance speech we are pretty sure you are smiling right now as Thomas exclusively reveals he has signed a 3 year contract extension keeping him at the club until season 2023-2024.

Everyone at the club is absolutely delighted that Arbroath FC Captain Thomas O’Brien has committed his future to Arbroath FC.

We are making huge progress on and off the pitch, and the commitment from Thomas, who is one of the best defenders in the Scottish Championship really helps us keep building on the incredible season that we have just finished.

As stated earlier by Arbroath Chairman Mike Caird, the Arbroath FC Board of Directors have been working hard along with the Arbroath FC Management team and we are delighted to announce the vast majority of players have committed themselves to the club and will be up for the challenge again next season.

We will bring you news of those players in due time.

Thank you again to everyone who has been helping the club in these unprecedented times. Purchasing Bricks, Shares and backing a horse in our virtual grand national are making sure we will be here for you as soon as we can.

We hope we will be allowed to get back playing football again soon, and reunited with our fantastic supporters.