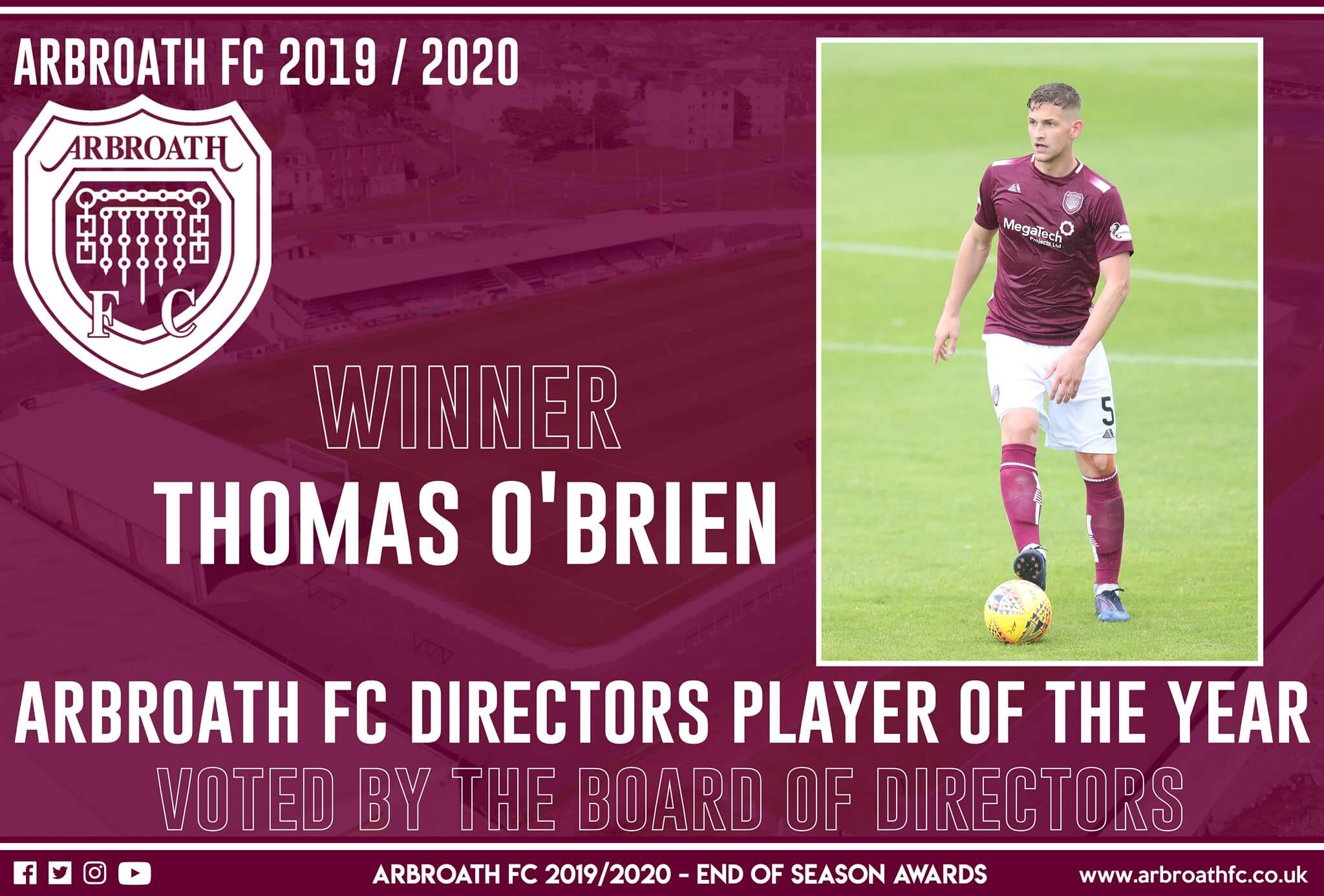 The Arbroath FC Board of Directors had the very hard task of voting for their Arbroath FC Player of the Year in what has been Arbroath’s best season in many, many years.

The achievements of winning the League 1 and 2 Trophies can’t be topped, but to enter a very competitive Championship and for so many to write off our side before a ball was kicked, yet to finish 5th with some memorable victories and outstanding performances against 8 full time teams has taken this Arbroath FC side to another level.

Every single player who has represented the club this season has done us proud. It therefore made the selection for the Directors very, very difficult.

With all votes counted, we are delighted to announce that the Arbroath FC Directors Player of the Year 2019 / 2020 is Captain Thomas O’Brien.

Thomas has been a truly magnificent signing for Arbroath FC since making the move to Gayfield in the summer of 2017.

This season in particular Thomas has been on another level, with his performance at Tannadice in our 1-0 win in February magnificent, whilst earning the plaudits of fans and players throughout the Championship.

With 35 appearances in 36 games in all competitions it has been another fantastic season for Thomas at Gayfield.