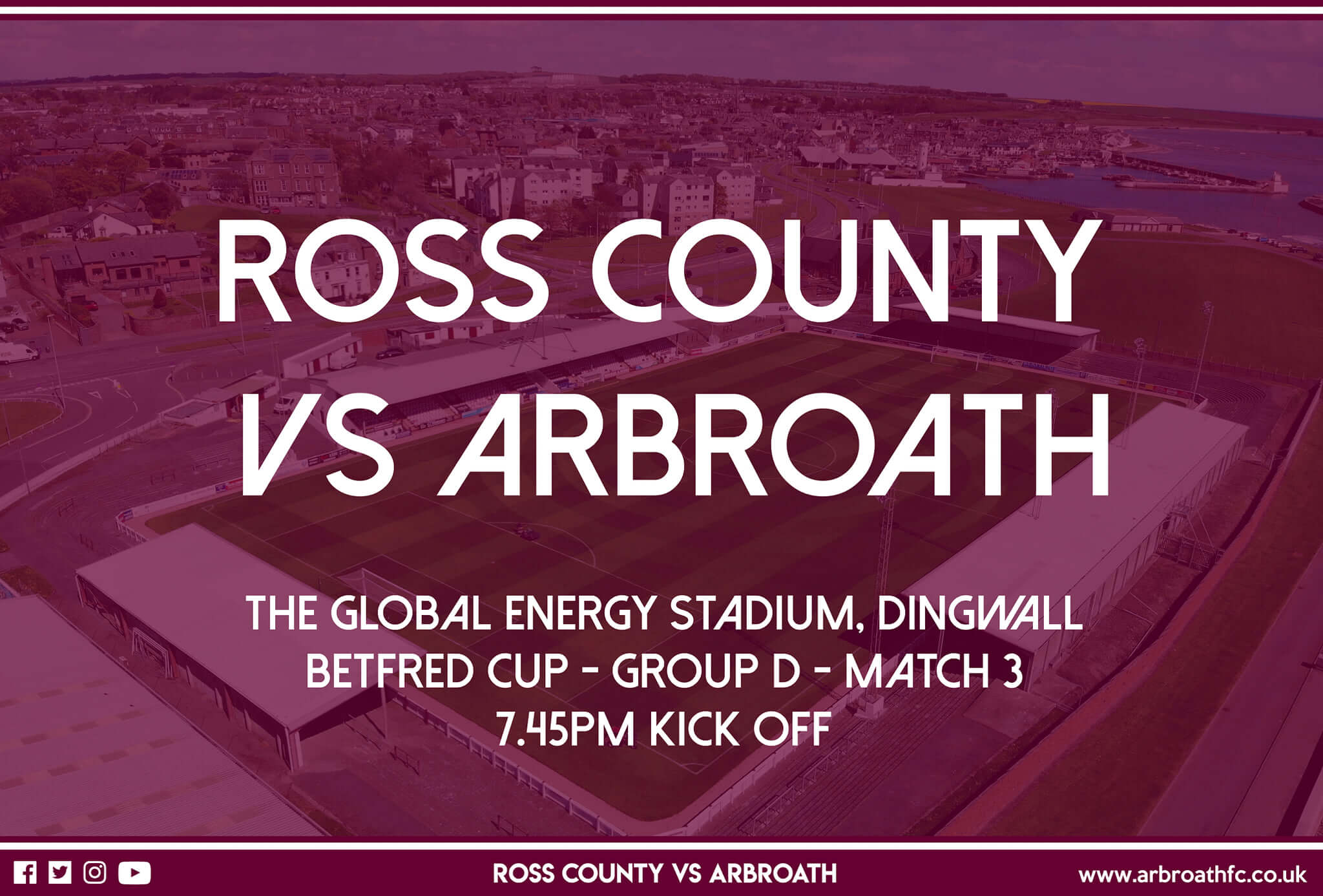 Arbroath make the long trip to Dingwall today for their 3rd game in a week. Having scored 5 goals and leading Group D with 6 points out of 6 this is definitely the hardest the Lichties have faced since their return to action with a game against Premiership Ross County.

Ross County took a 3 goal lead last Tuesday against Montrose, but the Links Park side made a remarkable comeback scoring 3 goals before losing out on a bonus point in the penalty shoot out.

County have won 3 games, drawn 2 and lost 5 in the Premiership and the last time the two sides met Arbroath won 4-1 thanks to a Michael McKenna hat-trick after Tony Dingwall was sent off the Stages.

Arbroath Manager Dick Campbell is likely to make changes this evening having made 6 changes on Saturday as tries to get his entire team up to full fitness.

Mark Whatley will be missing whilst Colin Hamilton and Scott Stewart picked up knocks on Saturday.

Reminder – You can stream the game here for £9.99 – ppv.rosscountyfootballclub.co.uk

No Team has any players suspended