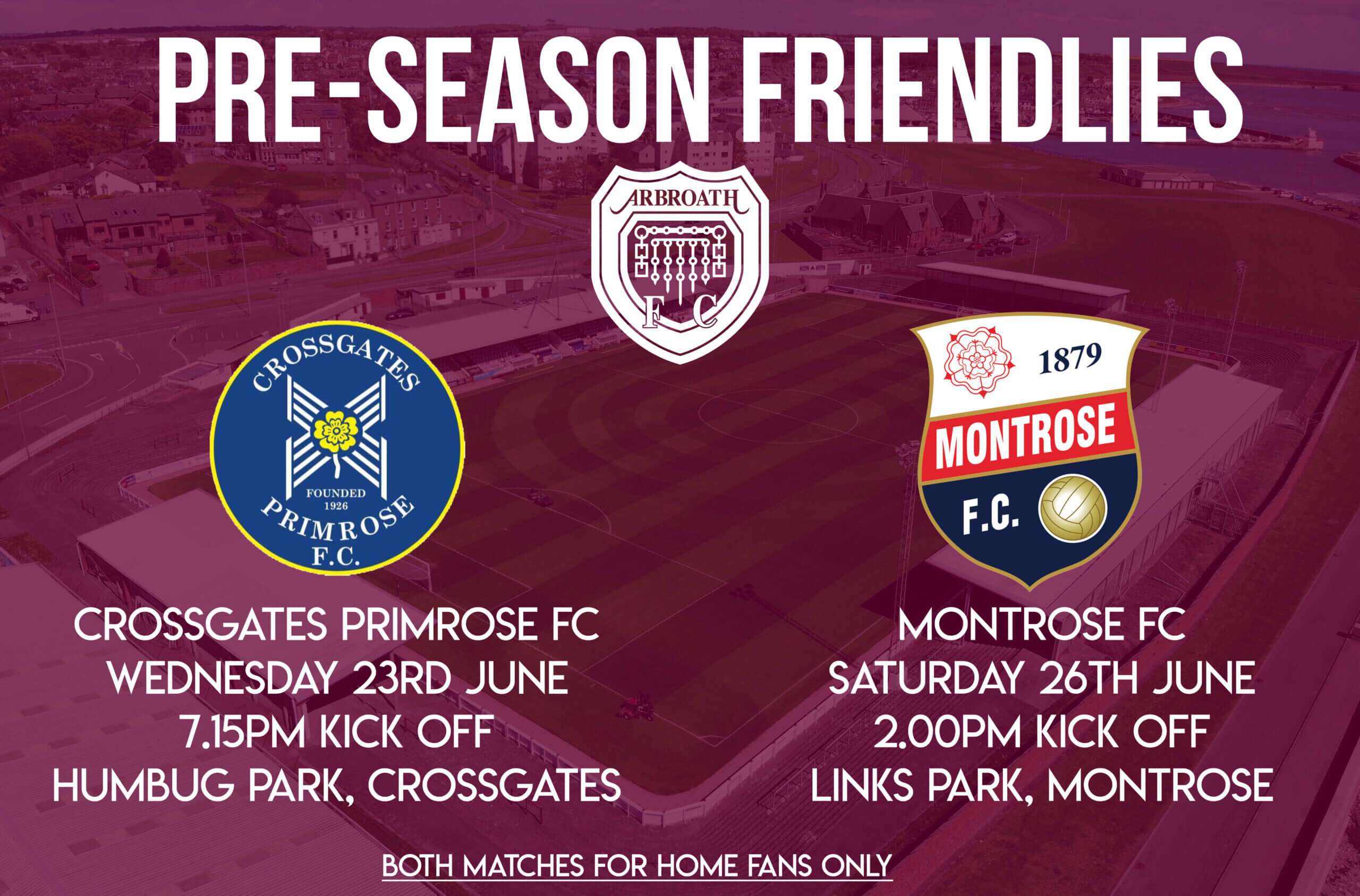 We can tonight announce that our first two pre-season friendlies have been confirmed as away trips to Crossgates Primrose FC on Wednesday evening, before traveling to Links Park to face Montrose on Saturday.

Under current SFA rules, no away supporters are currently allowed and we most please ask that no Arbroath supporters travel to either matches.

Montrose are only allowing their season ticket holders in and they will be streaming the match live which we will update supporters with as soon as they have confirmed all details whilst Crossgates Primrose FC are allowing their supporters to purchase tickets for Wednesday.

We will bring you updates from both matches and hope to confirm further pre-season friendly fixtures with you very soon.