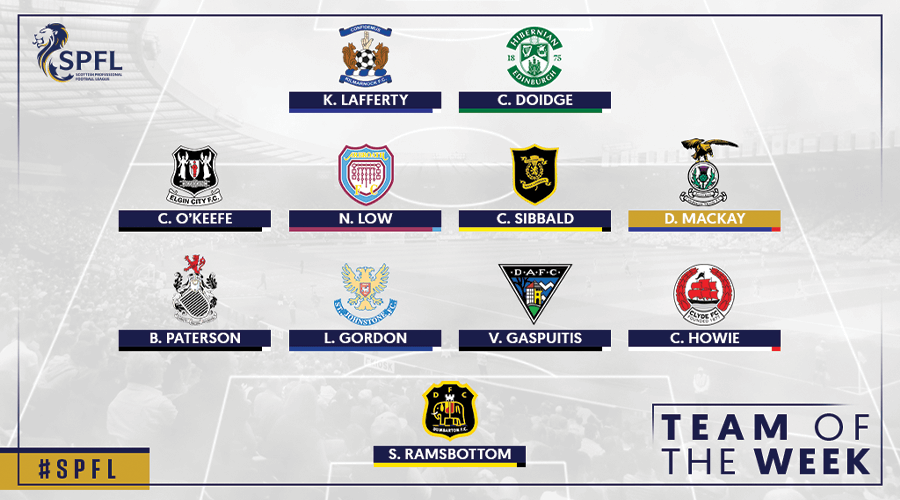 Congratulations to Nicky Low who has made the SPFL team of the week. Nicky made his full debut on Saturday and was the architect for the open goal!

Well done Nicky and to all his Arbroath team mates for their performance on Saturday!

Dick Campbell’s men earned a huge victory in the Championship relegation battle as David Gold’s winner beat Alloa Athletic 2-1. While the late goalscorer and striker Jack Hamilton impressed, the best performer in the home ranks was the former Aberdeen and Dundee midfielder, who is on loan from East Stirlingshire.