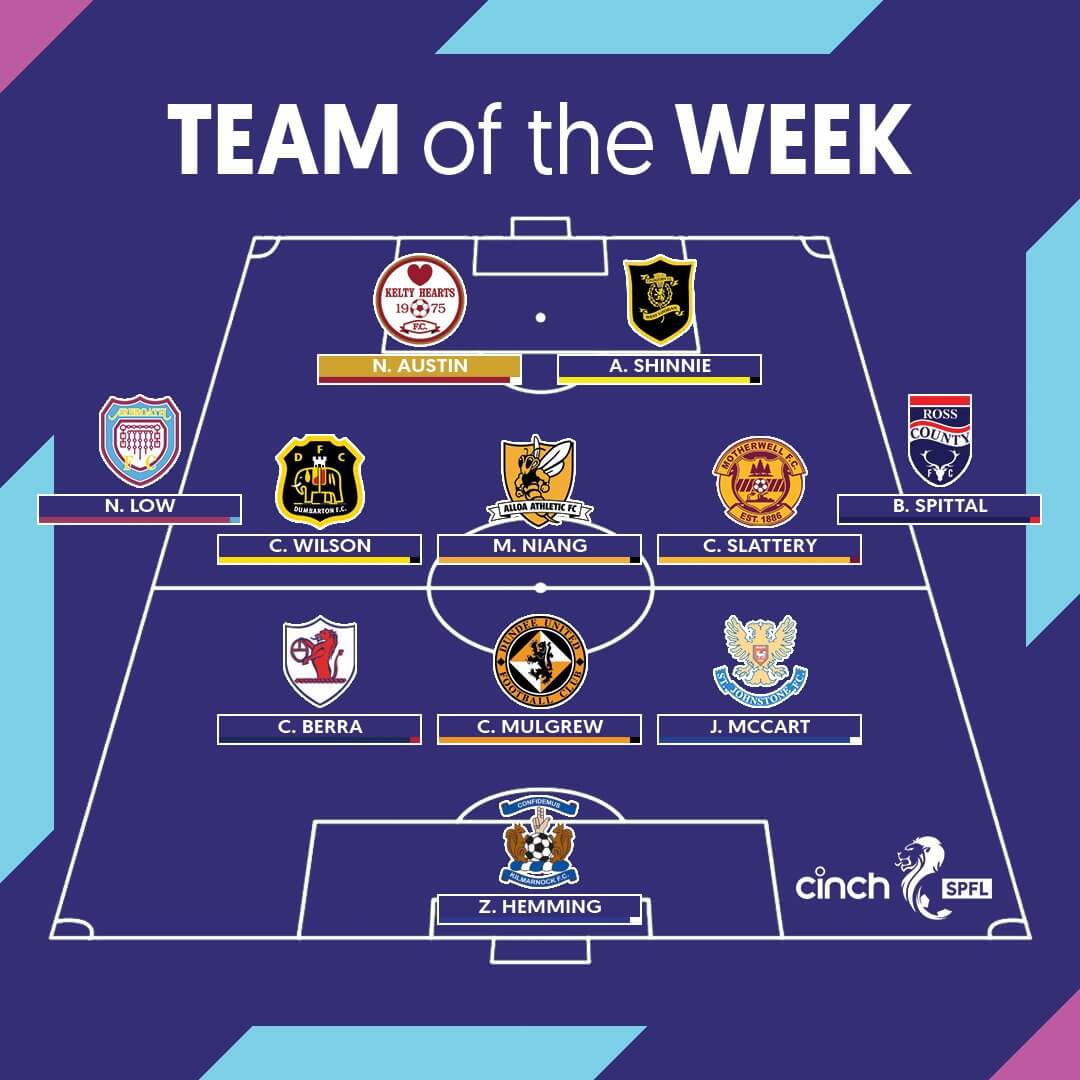 Congratulations to Nicky Low for being named in this week’s SPFL Team of the Week!

Another 2 assists for Nicky and a starring role both in attack and defence crucial as we secured our 4th win in a row!

Dick Campbell’s men made it four successive wins in the cinch Championship with a 2-0 victory at Queen of the South, despite going down to 10 men before the hour mark.

Joel Nouble was excellent in attack, but we’ve opted to go for Low for his two assists.