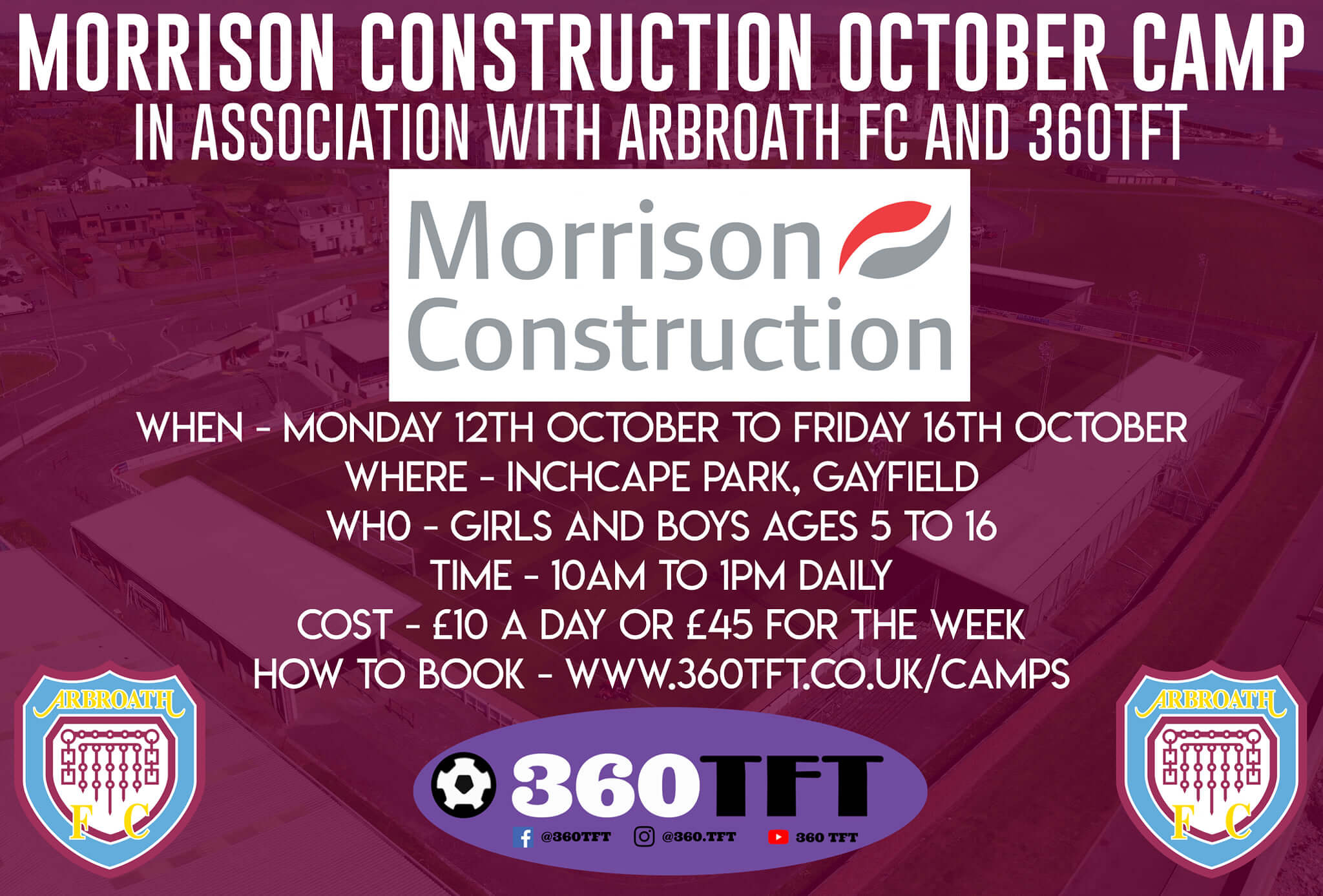 Arbroath FC are delighted to announce the running of a Football Camp in association 360TFT.

360TFT, based in Arbroath are already well known for their camps, individual training, one-on-one training and during recent times have also offered online sessions to allow all young footballers to keep learning.

Arbroath FC will have a player in attendance every single day to give all the young footballers a chance to train with one of their idols.

Places will go fast, so don’t miss out – book today!

Having already sponsored our very first Young Lichtie Club event, Morrison Construction take every opportunity to create additional community benefits throughout our operations in local communities and their support of the Camp demonstrates this.

The club would like to thank Morrison Construction and Stephen Slessor for their continued support.