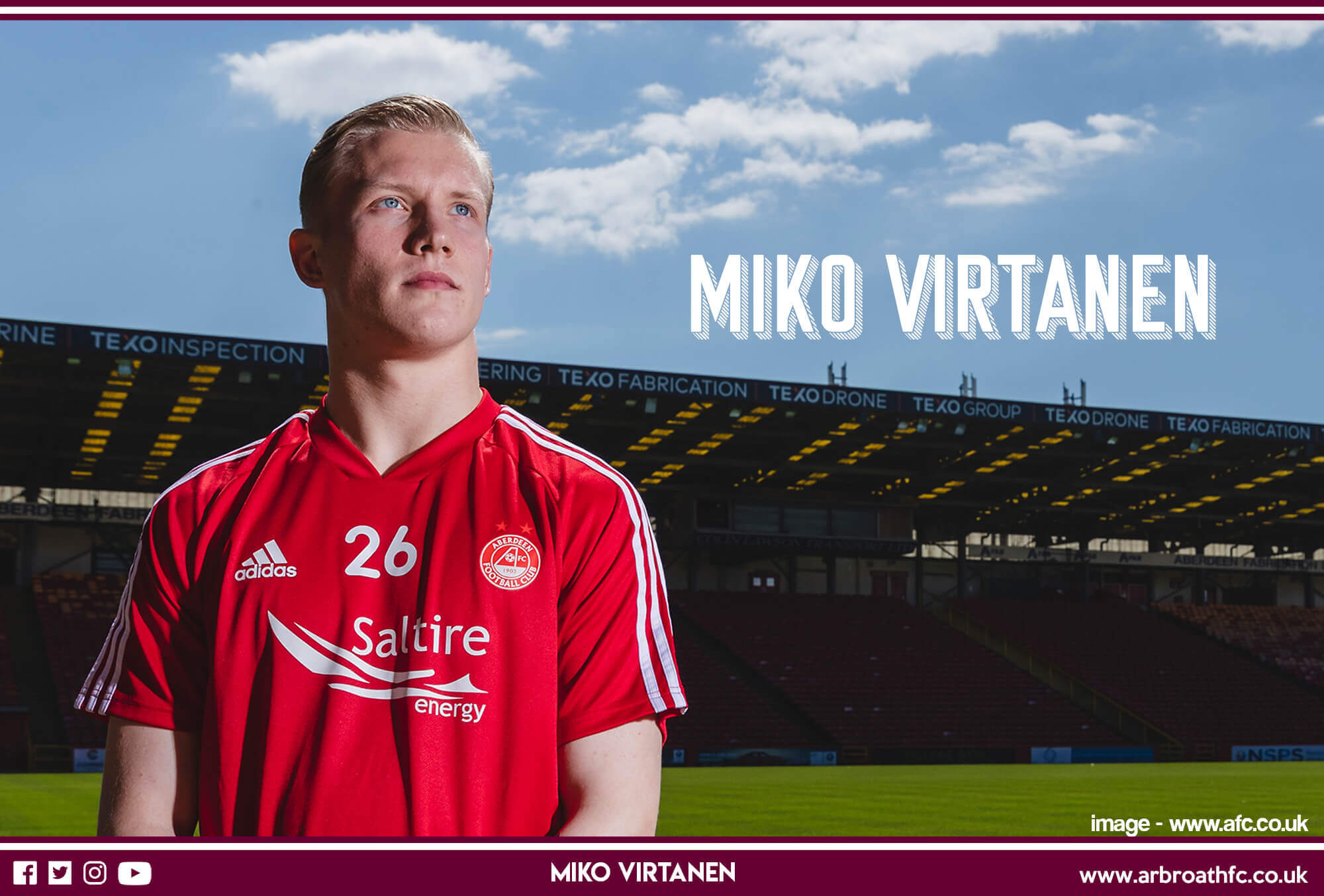 Arbroath FC are delighted to announce the signing of 20-year-old Aberdeen midfielder Miko Virtanen on a season long loan.

Miko and his family moved to England when he was 13 and caught the eye of English giants Everton during an international youth tournament and was snapped up by the English Premier League side.

Having spent 2 seasons with the Everton Youth Academy, Miko won a contract with Aberdeen after impressing during a week long trial.   Miko made 22 appearances in his debut season for the Aberdeen Development scoring 5 goals in 5 games whilst also being named as a first-team substitute on a number of occasions.

In June Miko signed a new two-year contract with Aberdeen keeping him at Pitodrie until the summer of 2021.

Not only does Miko play club football but he is also a Finnish internationalist having represented his country from Under 16, Under 19 and has been named in the Under 21 National for the opening round of the European Championships.

Miko will wear the number 22 shirt for Arbroath and is available for sponsorship.


We look forward to seeing Miko in action!