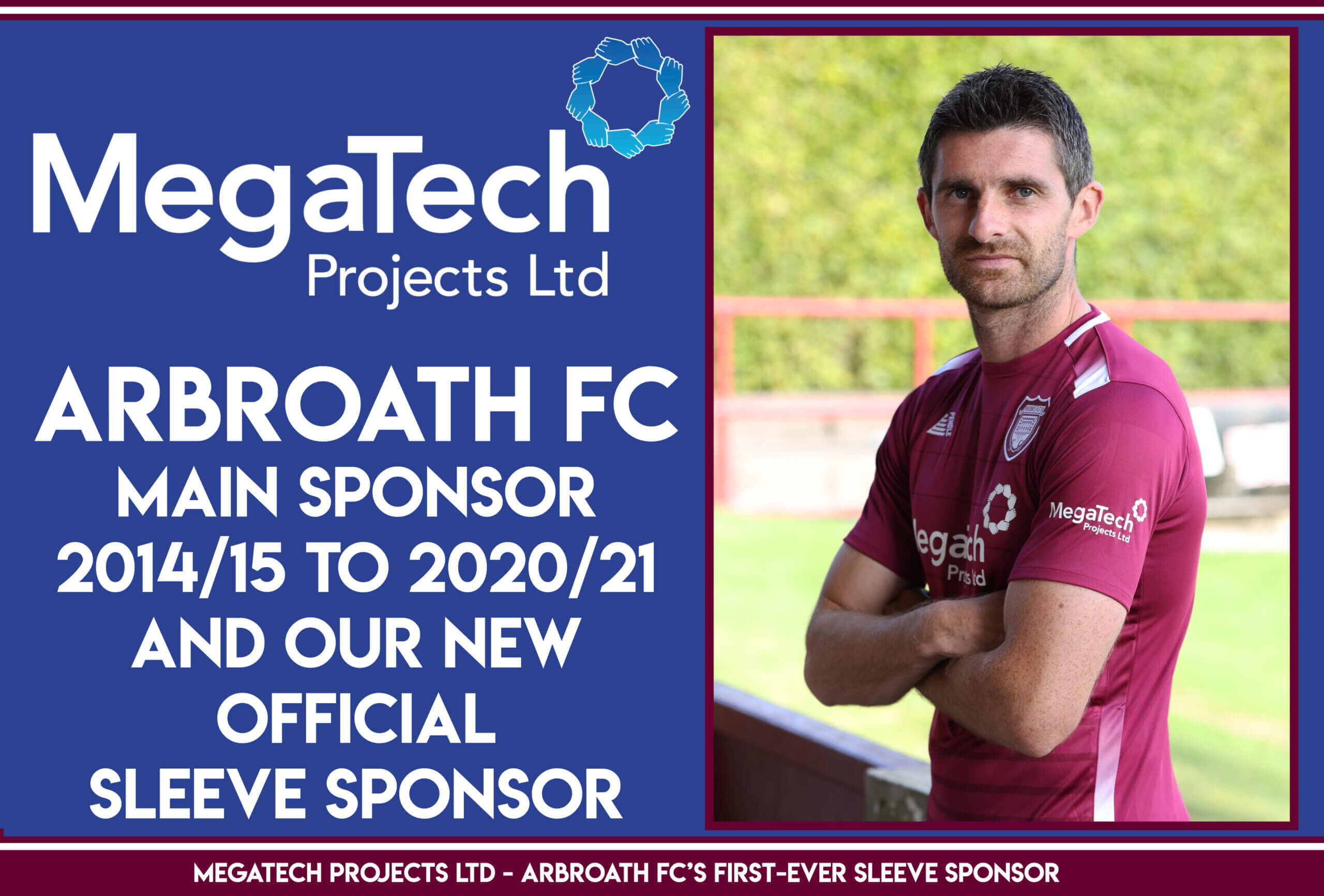 Traditionally, both sleeves of all SPFL teams playing strips have featured the logo of the main League sponsor, however from this season this will only feature on the right sleeve of all playing strips.

This means that the left sleeve will allow an extra sponsorship space and we are delighted to continue our long and successful relationship with former player George Rowe and his company, Megatech Projects Ltd.

Our relationship with Megatech Projects Ltd started in 2014/2015 but the seeds were sewn many years before that.

Former Arbroath defender and Captain George Rowe joined the club in 2000 and alongside Jim Thomson were the foundations of an outstanding defence which helped the Lichties gain promotion to the first division as runners up to Partick Thistle.

In his second season at Gayfield George led Arbroath into the First Division in an incredible season where Arbroath finished in 7th place above St Mirren, Falkirk and Raith Rovers.

The sponsorship of Arbroath FC from Megatech Projects Ltd has also coincided with one of the most successful periods in the recent history of Arbroath FC.

From winning the League 2 Title at Stirling, to making the Championship play-offs in our debut season in League One to then leading League One for 36 weeks and to our 5th place finish in our debut in the Scottish Championship we have been delighted to have Megatech Projects Ltd on that journey and we look forward to the future with Megatech Projects Ltd our main shirt sponsor and our new first-ever sleeve sponsor.

“Once again I would like to go on record to publicly thank George for his continued sponsorship of Arbroath FC.  His sponsorship as our main shirt sponsor is now in its 7th year, and in this climate that is just unheard of. With his help It has allowed the club to succeed both on and of the pitch, and with our recent titles and progress in the Championship these moments are in part to the Megatech Projects Ltd Sponsorship.

Scottish Football is facing up to one of the most challenging seasons that we have all ever experienced and George has once again stepped up and helped the club with this exciting first-ever sleeve sponsorship.

We would like to thank George Rowe, Megatech Projects Ltd and his father Jim.  They all continue to be great friends of Arbroath FC and a part of our winning family.”