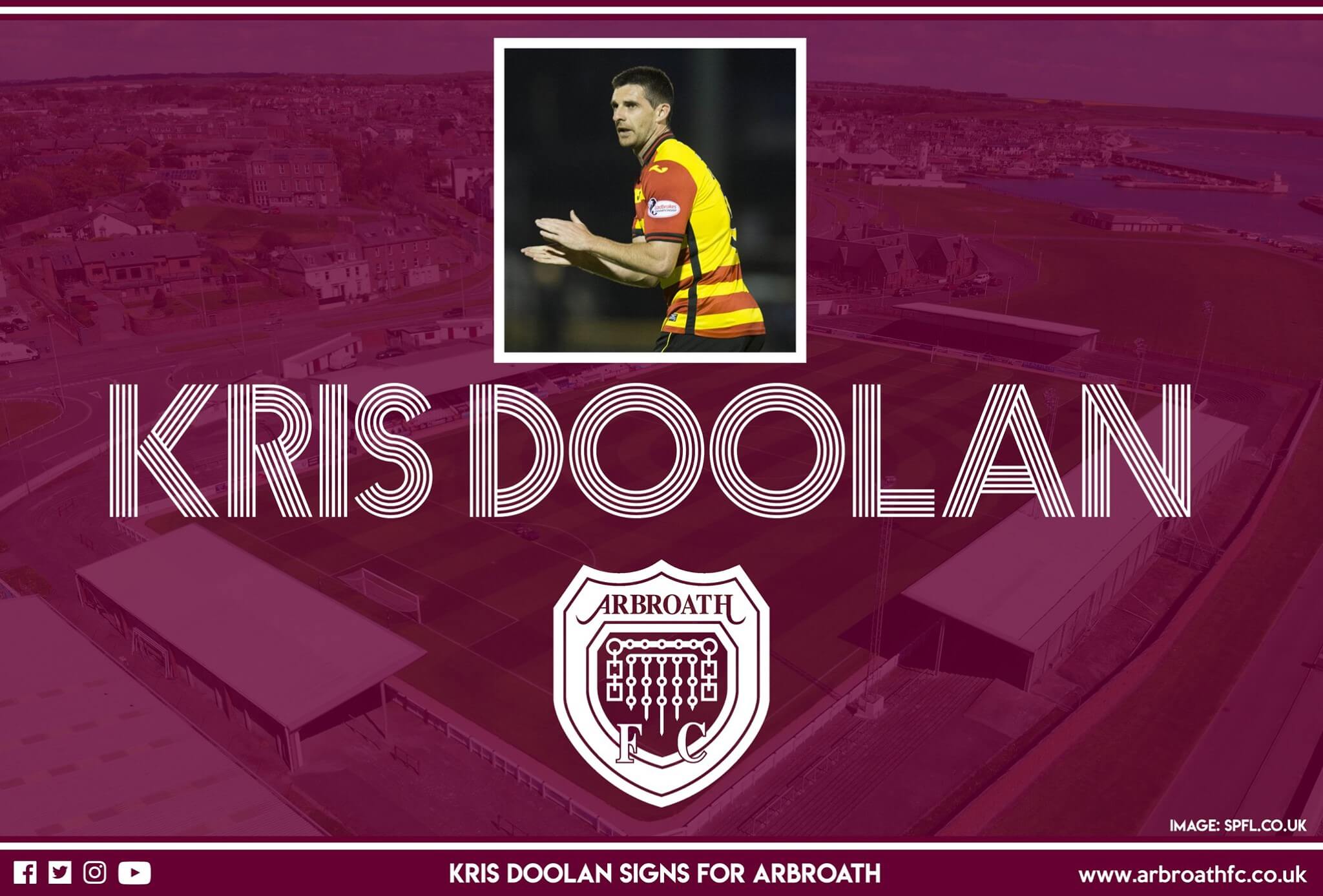 Kris started his footballing career in the Scottish Junior Leagues with Kello Rovers (2003-2007) before making the move to Auchinleck Talbot (2007-2009) where he won a trial with Partick Thistle.

The trial went well, and Manager Ian McCall snapped up Kris on an 18-month contract.  Over the next 10 seasons (4 Scottish First Division, 5 Scottish Premiership, 1 Scottish Championship) Kris would become a Jag’s legend with 401 appearances, 121 goals and 34 assists and was inducted into the Partick Thistle Hall of Fame in March 2019.

In June 2019 Kris was reunited with Ian McCall at Ayr United and came on against Arbroath as a substitute in Ayr United’s 3-0 win at Gayfield in September.

In January 2020, Kris left Somerset Park and made the move to Greenock Morton where he was signed by David Hopkin before the global pandemic struck and the season was cut short.

We are delighted to welcome Kris to Gayfield and look forward to seeing him in action.