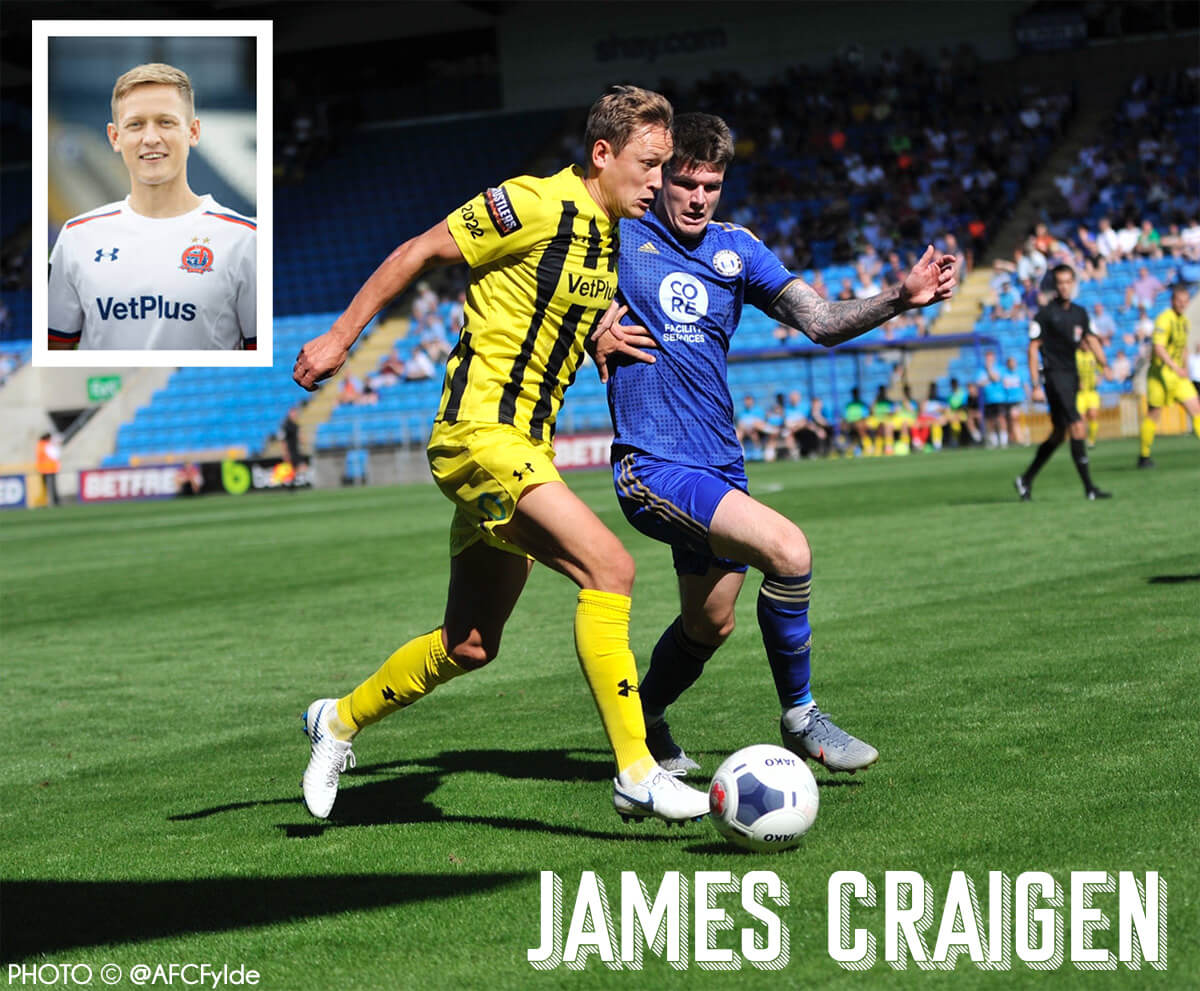 Arbroath FC are delighted to announce the signing of 28-year-old James Craigen on loan until the end of the season from English National League side A.F.C Fylde.

James who has a wealth of experience in the Scottish Championship is skilled and versatile footballer, covering both defence or midfield.

James came through the youth ranks at Preston North End, before playing for the Edinburgh University Team where he was studying for his Sports Business Recreation Management degree.
Whilst at University James represented the Great British University Side in Japan at the 2011 Student Games.

At the start of the 2012-2013 season James was in the final year of his university degree but signed for Jackie McNamara’s Partick Thistle where he would go onto make 76 appearances and score 4 goals and help Partick Thistle win the Championship.

Early in his Partick career, Arbroath Manager Dick Campbell took James to Station Park for a 10 match loan spell where he scored 2 goals.

James then signed for Falkirk for the next 2 seasons where he in his debut season scored 3 goals in 27 matches before scoring another 2 goals against Dundee United in the Semi-final of the Premiership play-off.

In the 2018-2019 season James played for Dunfermline Athletic making 48 appearances scoring another 2 goals.

In the summer of 2019 James sealed his move to AFC Fylde where he has made 15 league appearances so far this season with another 2 appearances in the FA Cup, having recently came on as a substitute against Sheffield United in their 3rd round match where they narrowly lost 2-1.

Listen to an interview with James from the summer when he signed for AFC Fylde.

We look forward to seeing James in action for Arbroath, where James will wear the number 17 shirt!

James will go straight into tomorrow’s squad as we travel to Tannadice to face Dundee United.