Home - Final Half Time Draw of the Season

Final Half Time Draw of the Season 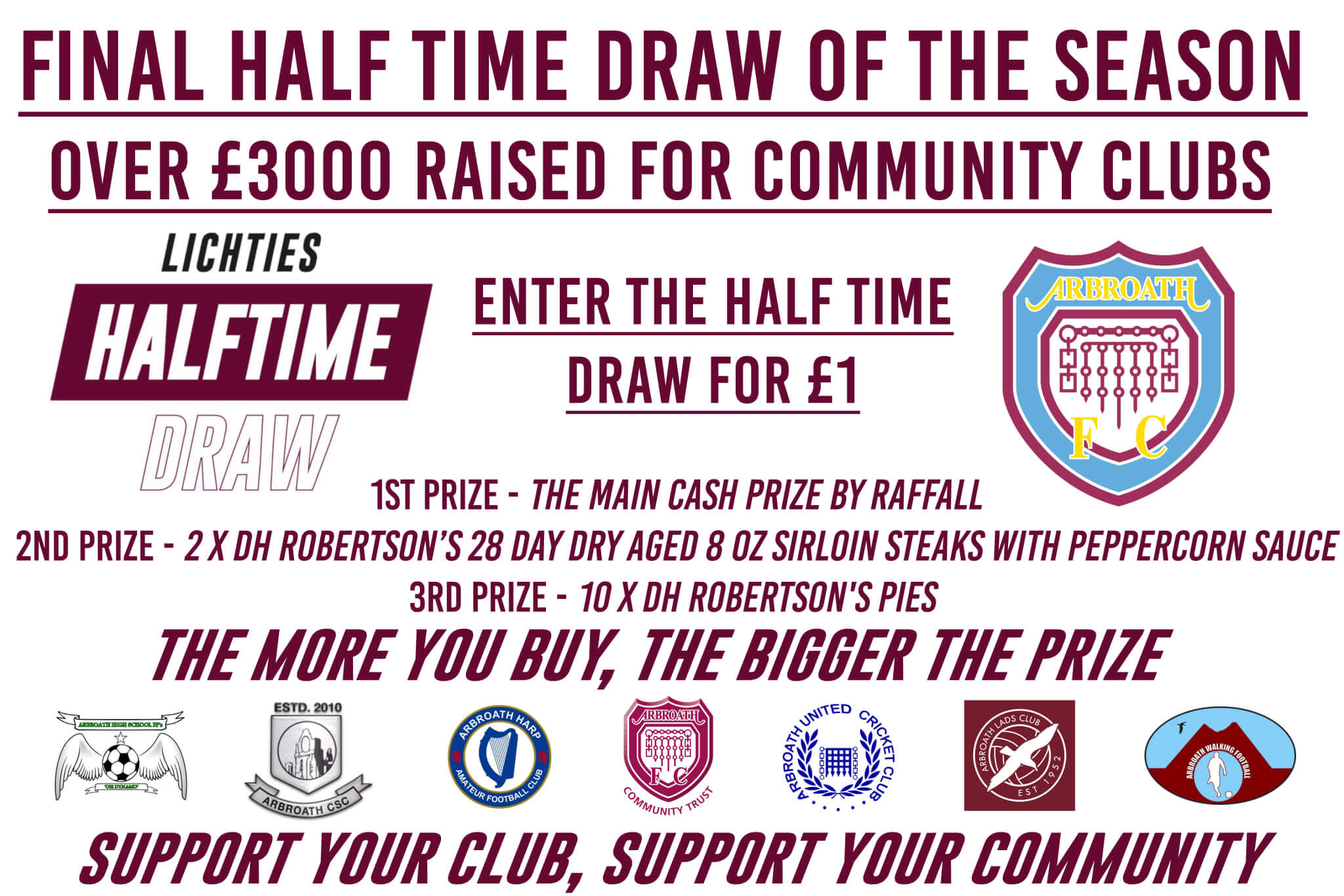 Final Half Time Draw of the Season

Supporters should also remember that the final game of the season is a Friday night match and the game takes place on Friday 30th April 2021 with a 7.45pm kick off so the winners will be announced at around 8.30pm that evening.

Arbroath Football Club would like to thank everyone who has bought a ticket and all the “Agent” Community clubs who have sold tickets for the last 4 home matches v Queen of the South Heart of Midlothian, Alloa Athletic and Ayr United.

The 7 Community Clubs have so far shared over £3000 which is a huge boost for all of them in these tricky times.

Everyone has benefitted and it has been great to see the local clubs pulling together for this fundraising venture.

A great team and community spirit has been demonstrated by this prize draw and we are delighted how it has worked out for everyone.

Let’s make a final big push to have a really big last Half Time Draw of the season vs Greenock Morton next Friday evening at half time.

We want one supporter to win a a big cash sum and in turn all Community Clubs will also benefit.