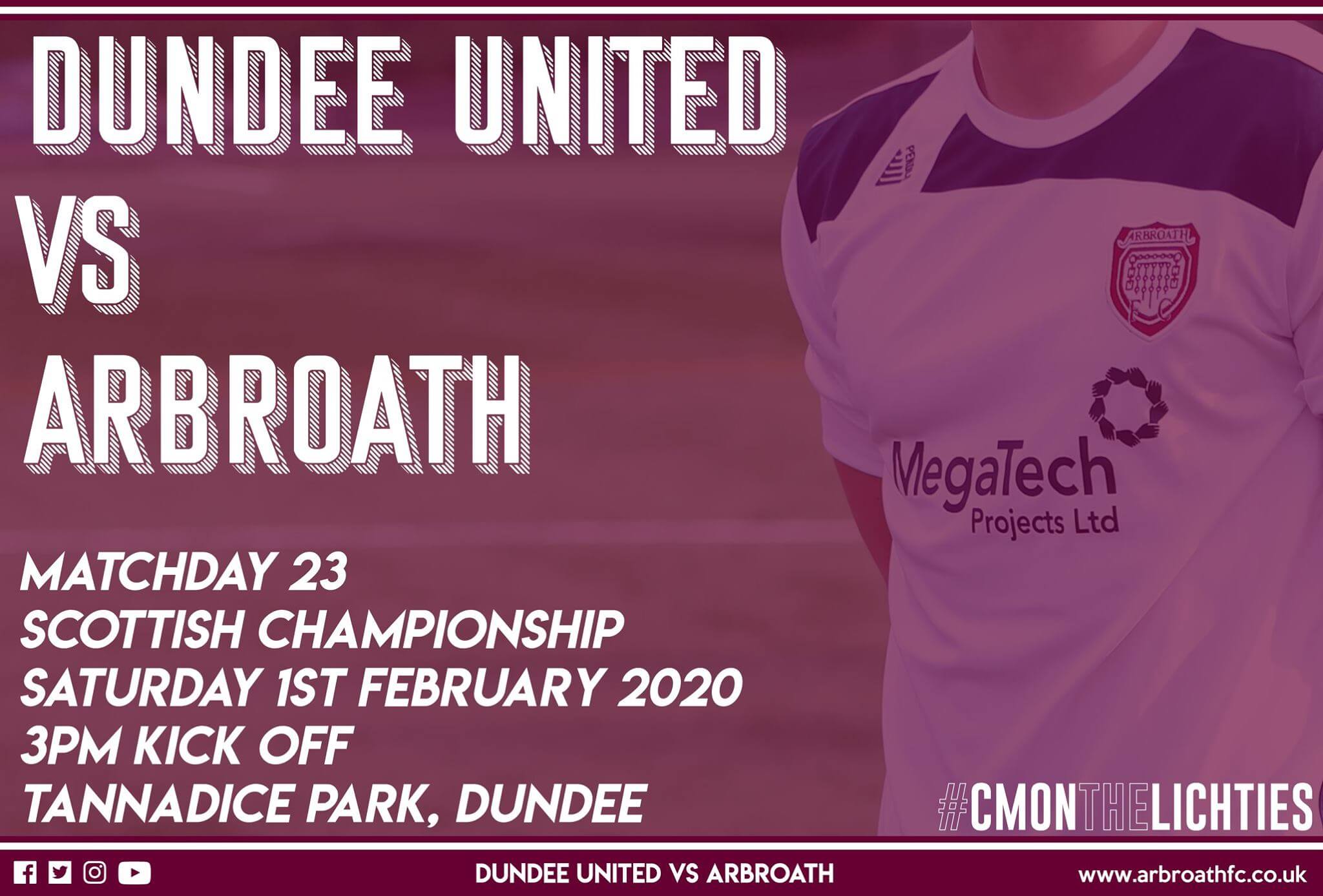 The Lichties make the short trip south tomorrow to Tannadice as we take on Championship leaders Dundee United at Tannadice.

Dundee United have held onto top scorer Laurence Shankland in the transfer window, whilst also adding Kieran Freeman from Southampton and Dillon Powers from Orlando City, whilst Declan Glass and Osman Sow have returned from loan spells.

Matty Smith, Scott Banks and Sam Stanton have all departed Tannadice, whilst Nicky Clark is sidelined with an injury.

Arbroath will welcome new signing James Craigen into tomorrow’s squad, and it is also hoped Miko Virtanen will have recovered from injury.

Dale Hilson and Craig Wighton will return for Arbroath, however Logan Chalmers will not be in the squad as he can’t face his parent club.

The two previous league fixtures have been incredibly close, and we will hope with your backing that the Lichties will put in another tremendous performance.

We hope you can make it along to Tannadice to cheer on the Lichties.

Tannadice Departures and out on loan;

Neither Team has any players serving a suspension.

Arbroath fans are seated in the Fair Play Stand, Upper Tier which is accessible via Tannadice Street.

Disabled entry price is the concession rate which is £11, which includes free entry to the carer.

Disabled Entry is via Gate K, which gives access to what they call the bus shelter at the corner flag, or you can choose to to in the shed, which is the corner of sandman Street, where you would be sitting next to the Dundee United Wheelchair Users.

The Gayfield Office will be open from 11am to 12pm on Saturday 1st February for last minute sales.

Tickets will be available on Saturday 1st February at Tannadice, but an Adult Ticket is £24 and a Concession will be £12.

You can purchase your tickets online at;
https://www.dundeeunitedfc.co.uk/tickets/away-club-online-ticket-hub

Tomorrow is a big game for the Lichties as we take on Dundee United and we would really appreciate a strong and vocal support cheering on the team.