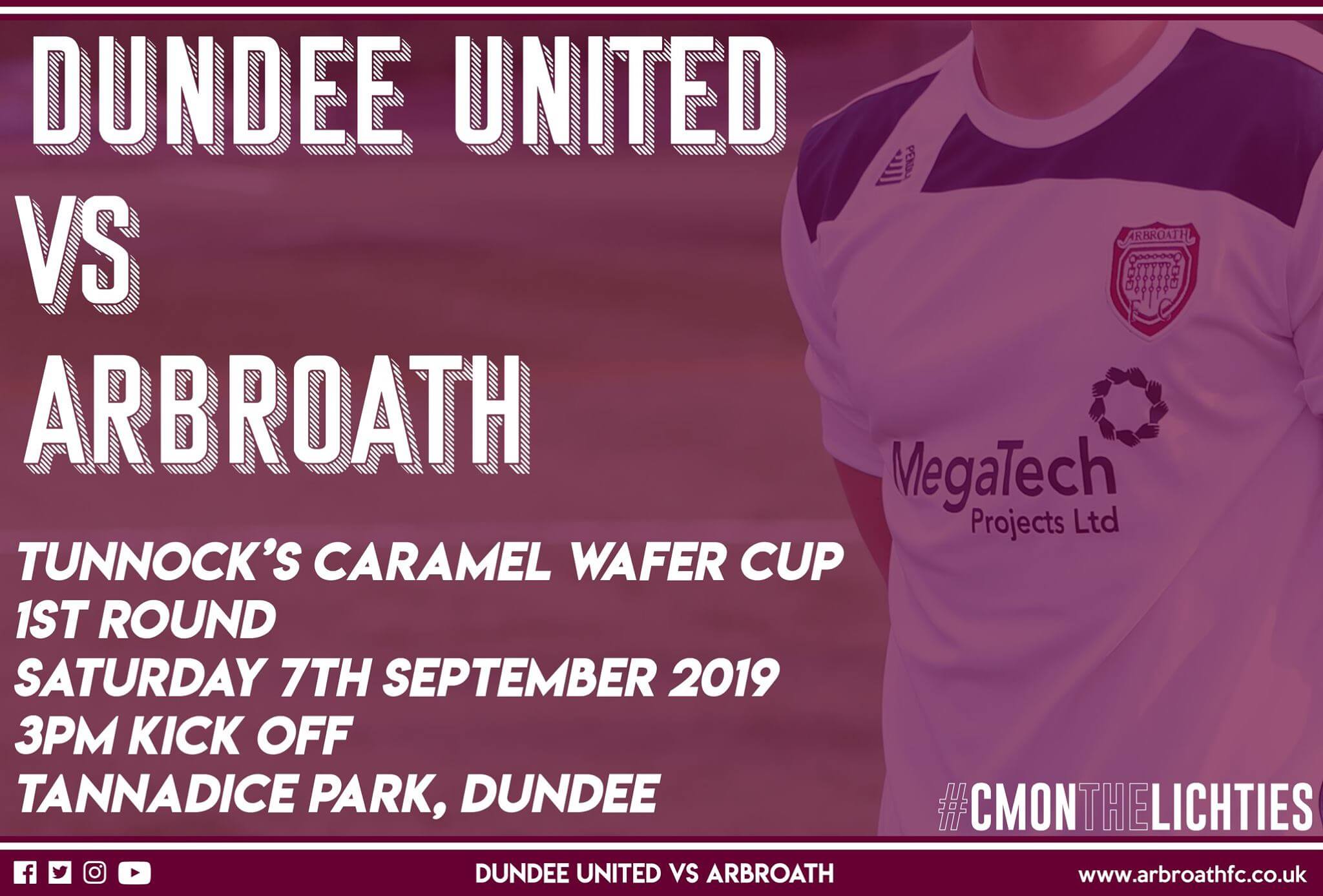 It will be the first meeting for the Lichties this season, but with a return visit for league action in just a fortnight it will be a chance for both sides to grasp a fell for one another.

Dundee United are unbeaten in the Championship and the summer acquisition of former Ayr United striker Lewis Shankland has continued his rich goal form for his new side.

Although both sides are expected to make several changes for today’s fixture.

Arbroath will be without Scott Stewart and Gavin Swankie who continue to recover on the sidelines but there is a high chance Miko Virtanen could make his Arbroath debut with several other Arbroath players getting the chance to start.

Suspensions;
Neither Team has any players serving a suspension.

For our ambulant disabled supporters that are unable to go upstairs there will be a steward on gate K – Which is on Tannadice Street, and you will be granted access to the Fair Play Stand, Lower Tier.

These supporters will just pay the steward £5 which will include a PA ticket which is free of charge. If you have already bought your ticket, then you can just show your ticket to the steward instead.

Unfortunately there will be no photographs, go-pro or 36nilTV Highlights from today’s game – apologies in advance.

Today is a big game for the Lichties as we take on Dundee United and we would really appreciate a strong and vocal support cheering on the team.