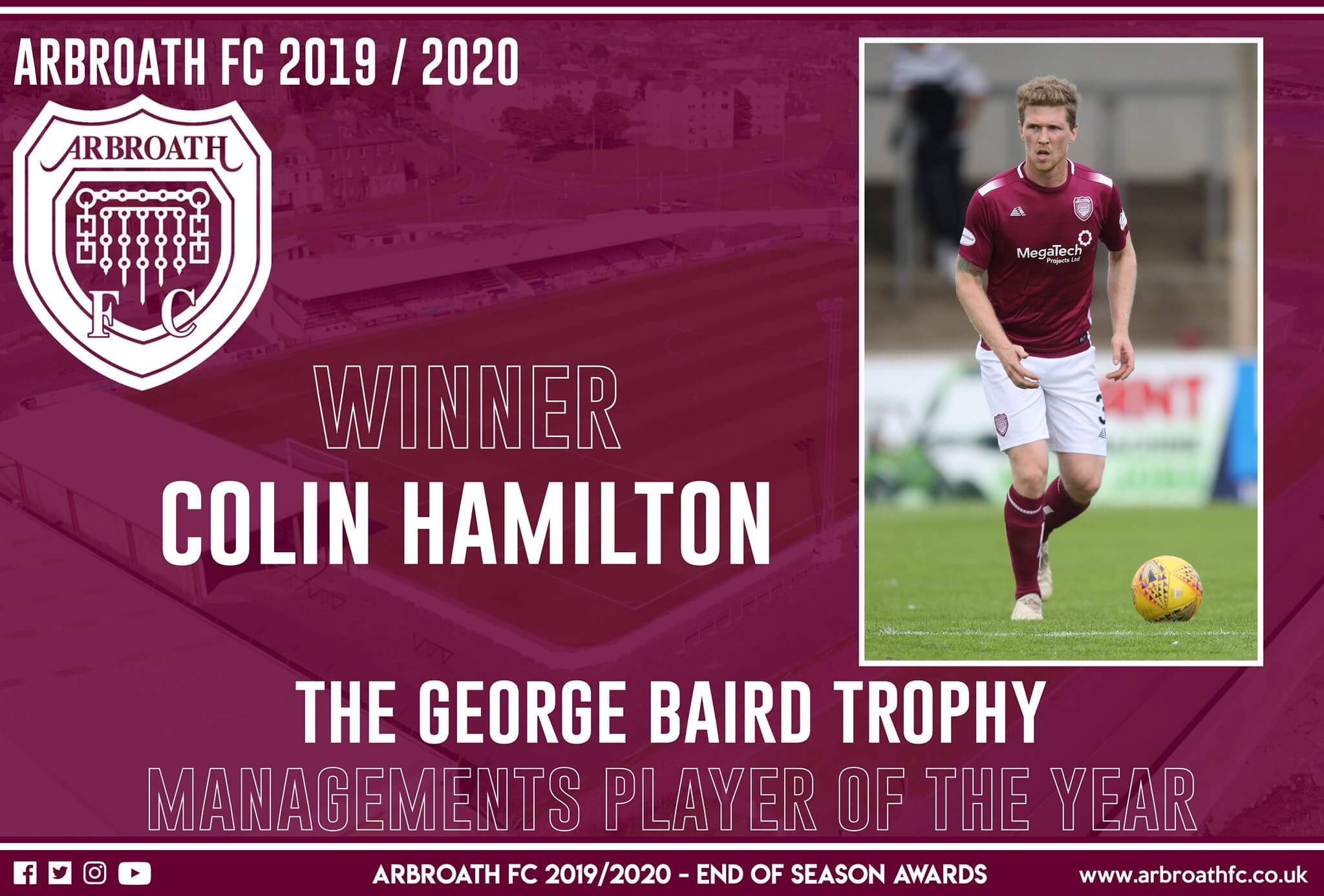 The George Baird Trophy (Managers Player of the Year) Voted by the Management Team
The George (Geordie) Baird Trophy is another trophy in the memory of another wonderful lifelong Lichtie, George Baird.
This trophy was again donated by his family, and is awarded annually to the Management Team’s “Player of the Year” and is voted by the Arbroath FC Management Team.
Previous winners include Thomas O’Brien and Bobby Linn, and we are delighted to announce that Colin Hamilton is the winner of the Geordie Baird Memorial Trophy for 2019/2020.
Colin Hamilton has now been with Arbroath for 6 seasons. First joining the Lichties in 2012-2013 for 2 seasons before returning in 2016 and has been key player in our defence, which has helped the club lift the League 2 and League 1 Trophy.
Having started 35 of our 36 games in all competitions this season, Hammy is one of our back 4 defenders which was the second defence best in the Championship and Colin has played a huge part in that success.
Congratulations Hammy!