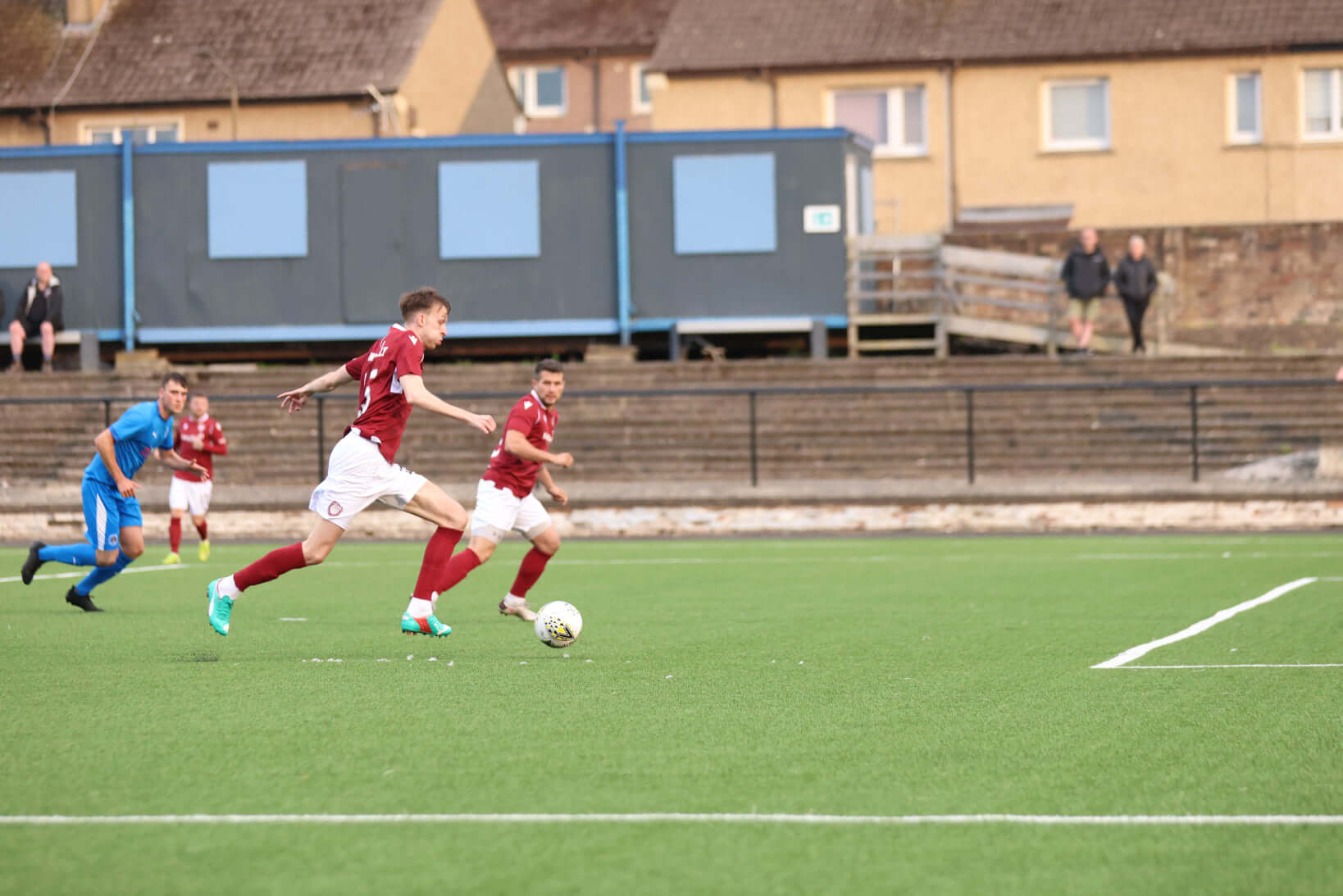 Arbroath’s second pre-season friendly in the space of 3 days ended in a draw after the Lichties squandered a series of great opportunities in either half.

It was Arbroath’s first trip back to Newtown Park since a 5-0 win over Bo’ness United in the 4th round of the Scottish Cup back in 2014 where a Simon Murray hat-trick and a Paul McManus double sealed progress into the 5th round.

Tonight’s opponents were Bo’ness Athletic who share Newtown Park with United with a new astroturf surface having replaced the grass pitch from our last visit. It was Athletic who are the former club of our latest signing, Dylan Paterson.

Dick Campbell again rung the changes with 5 changes being made to the team that started against Crossgates Primrose on Wednesday evening.

Defenders Thomas O’Brien, Ricky Little were absent whilst Jason Thomson recovers from an operation meaning a 3-5-2 formation was experimented with again.

Calum Antell made his debut in goals with James Craigen playing on the right, Liam Henderson in the middle and Colin Hamilton on the left of the back 3.

The Bo’ness keeper made some great saves in the opening exchanges denying Scott Stewart at his near post before palming away a vicious Michael McKenna shot, then saving a shot from Bobby Linn who had found himself in on the keeper.

The saves kept coming and Gavin Swankie was next to be denied by a fantastic save from the home keeper.

Athletic were dangerous on the break and former Stenhousemuir striker Tiwi Daramola had a blistering pace up front and former Rangers, Dundee United and Dumbarton midfielder Mati Zata had a lovely turn which he executed several times in the first half to evade his defender.

Calum Antell made a stunning save in the 23rd minute to keep the score level.

Gavin Swankie had a volley parried before Luke Donnelly hit the rebound first time but his shot rattled the post.

A burst of pace down the right seen Stewart beat his man but his shot across goal was put out for a corner kick in another Arbroath attack.

A lovely pass from Nicky Low fed in Linn but his shot was saved by the keeper, but as Athletic tried to play the ball out, Low won back possession and another pass found Linn, who this time left a defender on his bum, before crossing to Donnelly who laid the ball back into the path of Swankie, whose shot was just over the bar.

Another Arbroath corner had Liam Henderson hit a free header over the bar.

A nice passing move seen Michael McKenna with the ball just yards out to the keeper’s right post but again the home keeper denied Arbroath with another fine save.

Of course the inevitable was going to happen as Daramola took advantage of a slip in the Arbroath defence, he took possession of the ball before running in on the Arbroath goal and firing past Antell.

It was the last action of the first half as the half time whistle blew on the restart.

The second half had just been underway for 2 minutes when Arbroath levelled. A Craigen cross was put behind for a corner kick, as the ball was played in, it was latched on to by Colin Hamilton who found Paterson and his clever pass found Donnelly who turned his defender before unselfishly passing to Dale Hilson in the middle who netted from 6 yards to pull Arbroath level.

A foul in the 51st minute on Gavin Swankie earned Bo’ness Athletic number 9 a yellow card, and from the short free kick, Dylan Paterson played a 30 yard pass out to Linn on the left wing and as he looked up from the byline he cut back into the path of Nicky Low who scored from 7 yards out to give Arbroath the lead.

A Low cross into the box in the 54th minute was knocked out for a corner kick but just narrowly missed the post as Arbroath went looking for a third.

Ciaran Brian came on for James Craigen in the 54th minute meaning the revised back 3 was Brian, Gold with Colin Hamilton the only recognised defender.

Linn did have the ball in the back of the net was adjudged to be offside before again running in on goal 67th minute but this time his curling effort was just wide of the far post.

Colin Hamilton was fouled by Daramola in the 75th minute with the Arbroath defender requiring treatment before he was able to carry on.

It wasn’t to be Bobby’s night as the keeper denied him once again in a Man of the match performance as Bobby ran in on goal before his shot was parried and as Hilson hit the rebound the keeper was once again on hand to make the save.

With 10 minutes remaining Bo’ness won a free kick 20 yards out from the Arbroath goal and Scott Watson stepped up. It looked like he would strike the ball towards the top right of the goal however he curled the ball up and over the Arbroath wall into the postage stamp of the left hand corner with an effort that would have defeated any keeper in the world.

For all the possession and chances that Arbroath had squandered it was a harsh reminder the fine margins that exist even in a pre-season friendly.

With the last kick of the ball Michael McKenna found Luke Donnelly but his curling shot was just wide of the far post.

Another test for the Lichties from a well organised team.

Pre-season is well underway with Montrose on Saturday, Crossgates Primrose on Wednesday and Bo’ness Athletic on Friday night it has been a gruelling week for the Arbroath players as they get ready for the Premier Sports Cup opener a week on Saturday away to Elgin City.

The players now have two days off before a closed door friendly against Livingston on Monday night. The intense schedule of fixtures is to build up fitness and work on core strength in preparation for another tough season in the Championship.

We would like to thank Bo’ness Athletic for tonight’s match and wish them the best of luck for the season ahead.