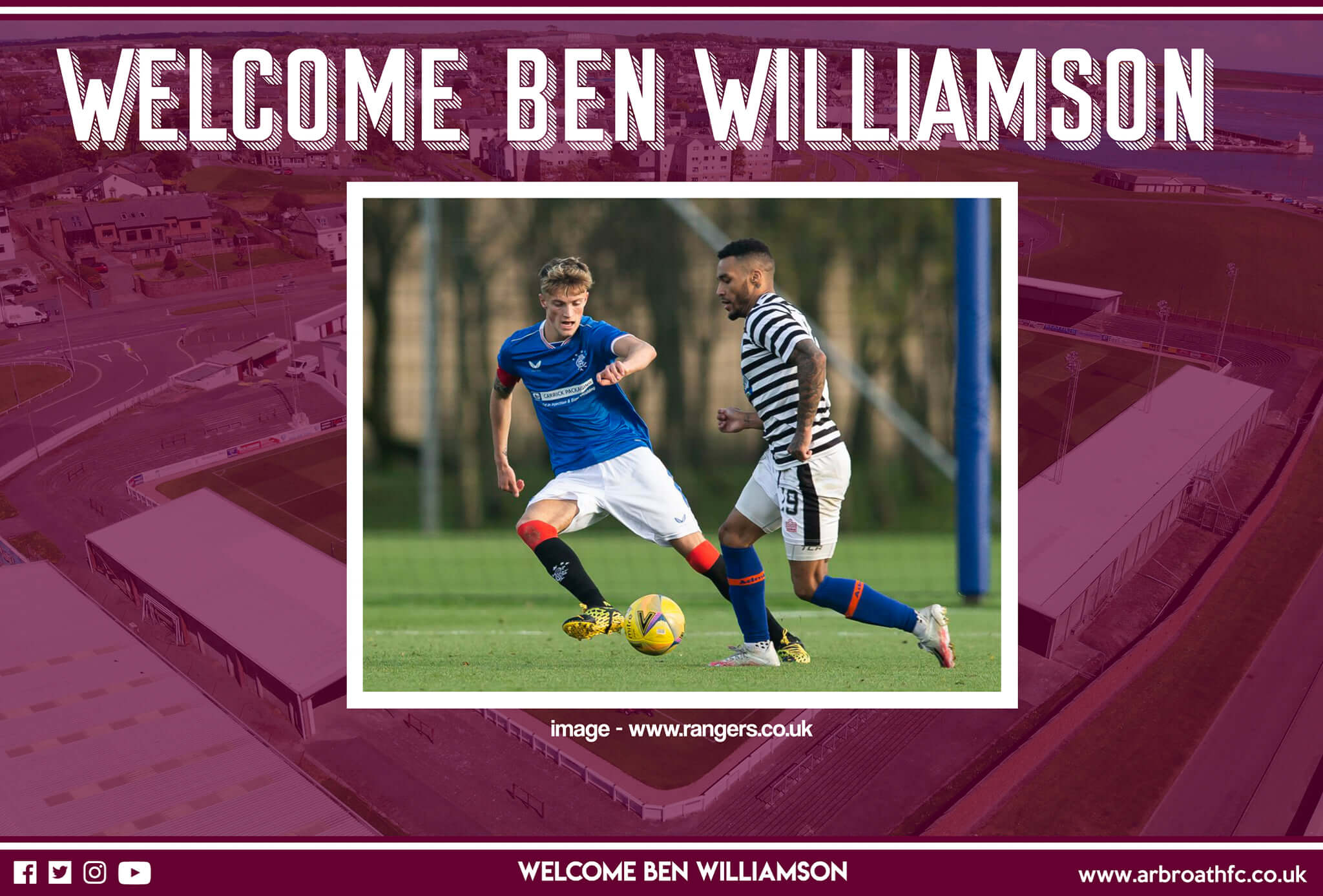 Arbroath FC are delighted to announce the signing of 19-year-old midfielder Ben Williamson who joins the club on loan from Rangers.

Arbroath would like to publicly thank Rangers for allowing Ben to join the club on loan until the end of the season.

Ben has signed a new deal keeping him at Ibrox until Summer 2022 before sealing his move to Arbroath.

Ben has come through the youth ranks at Rangers and played a key role in Rangers 3-2 win over Celtic in the Youth Cup Final and possesses many attributes including bursting forward from the midfield, being an intelligent passer of the ball and his physical strength.

Arbroath Manager Dick Campbell has been very busy looking for new players to join the club and has been casting his eye over new players at training.  We hope to bring you more player news very soon.

Ben will go straight into the squad for this Saturday’s match away to Queen of the South.

Welcome to the club Ben!