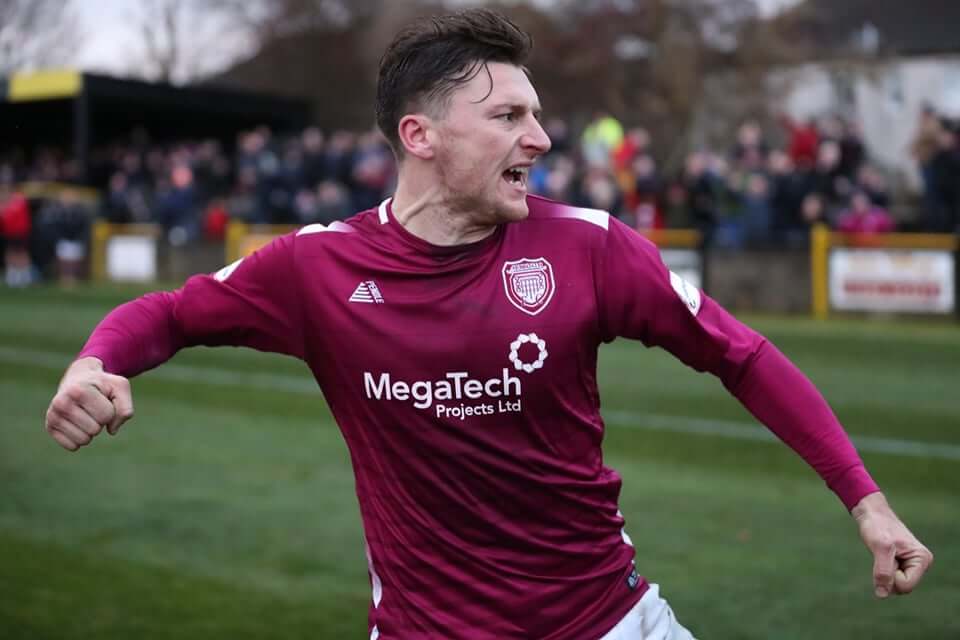 Arbroath travelled down to Auchinleck Talbot this afternoon in the William Hill Scottish Cup.

All reports in the media this week had swayed that Arbroath were going to be in for a tough game and it proved to be just that.

Beechwood Park is the heart of Auchinleck having it’s roots deep in mining history of the area and upon arrival you could tell it was a real community club with everyone excited about the game whilst offering warm hospitality.

As the game kicked off there was a real intensity from the support who are only feet away from every side of the pitch with the home support in great voice.

From the very start Auchinleck’s Gordon Pope rifled in a long range shot which Derek Gaston had to get down quickly and push past his post for a corner kick.

The home support were soon celebrating when Dwayne Hyslop curled in a stunning goal in the 11th minute over Derek Gaston and into the far corner of the net.

The Bot support and bench sensed another cup upset.

Arbroath started to find the ball and were working it around from side to side but it took until the 29th minute for James Murphy to get a real strike at goal and Talbot keeper Andy Leishman pulled off a stunning save to deny the American.

On the stroke of halftime Leishman made another sensational save as he ran out to block a Thomas O’Brien angled strike from close range.

Scott Stewart came on for James Murphy at the break and the Lichties started to dominate possession yet were still lacking in that final third.

Josh Campbell replaced Greig Spence in the 63rd minute and 3 minutes later Luke Donnelly had a great chance to make it 1-1 but his stretching volley was just over the bar.

Auchinleck had struggled to really test Derek Gaston but in the 78th minute a shot by substitute Jamie Glasgow flashed past the Arbroath goal.

Graham Wilson’s boot flashed into the face of Scott Stewart and whilst the Arbroath player battled on, Referee David Lowe pointed to the spot.

Arbroath went searching for a second with Little and Stewart coming close but the whistle blew and the two sides will meet on Wednesday 27th November at Gayfield Park with a 7.45pm kick off.

A real Scottish Cup tie from one of the giants in junior football.

We go again on Wednesday.