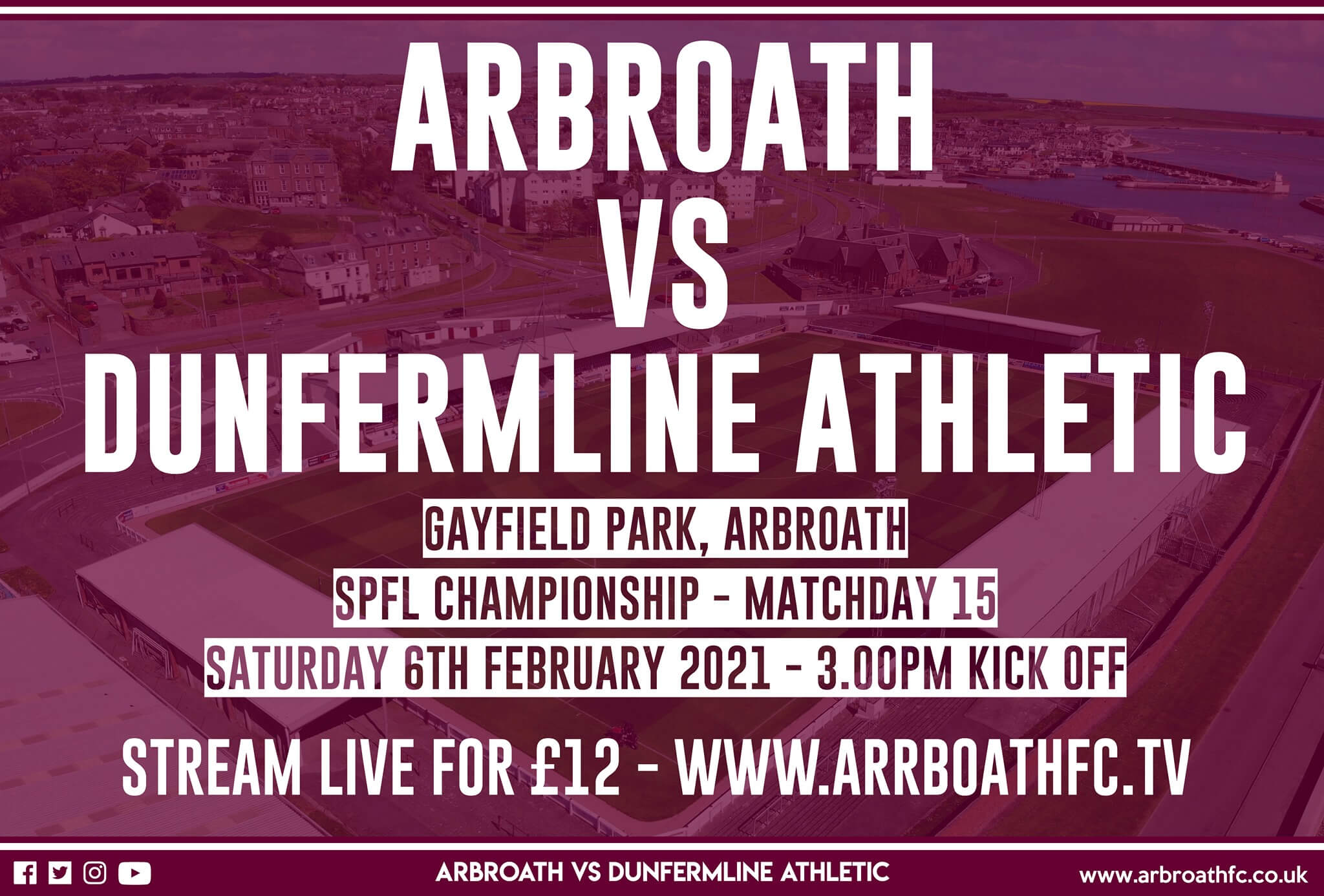 Arbroath are back in action tomorrow as they welcome Dunfermline Athletic to Gayfield for the side’s 3rd meeting of the season.

Dunfermline sit 2nd in the Championship and knocked the Lichties out of the Betfred Cup with a 3-1 victory back in November, then on Boxing day an injury time winner from Kevin O’Hara was the only difference between the sides as Arbroath were unfortunate.

This week Dunfermline Athletic have announced the signing of Lithuanian footballer Vytas Gašpuitis but he will miss out as he serves his quarantine period bit have added Kyle MacDonald from Airdrieonians and signed Scott Banks on loan from Airdrieonians.

Dunfermline smashed 4 goals against Raith Rovers on Wednesday night including two stunning goals from on loan Hibernian midfielder Fraser Murray so it will be another tough match for the Lichties.

Arbroath are now unbeaten in 4 games, scoring 5 goals along the way with Jack Hamilton impressing already with two goals in his first two games giving Arbroath a new dimension up front.

There are a few injury doubts for tomorrow’s match but Manager Dick Campbell will be looking to build on his side’s recent good form.

It will be another tough match, but we hope you will be cheering us on from home!

We shall once again be streaming this match on Arbroath FC TV https://arbroathfc.tv/

Season Ticket Holders
Your username is your email address that you supplied when you bought your season ticket and you should have set your own password.

If you aren’t a season ticket holder you can still purchase this game for £12 and can sign up here; https://arbroathfc.tv/

The match will be online until the evening of Sunday 7th February, so even if you can’t physically sit down and watch the game at 3.00pm, you can still relive the entire 90 minutes at a time that suits you.

If you are new to Arbroath FC TV we suggest that you try logging on before Saturday so you can familiarise yourself how to watch the game. 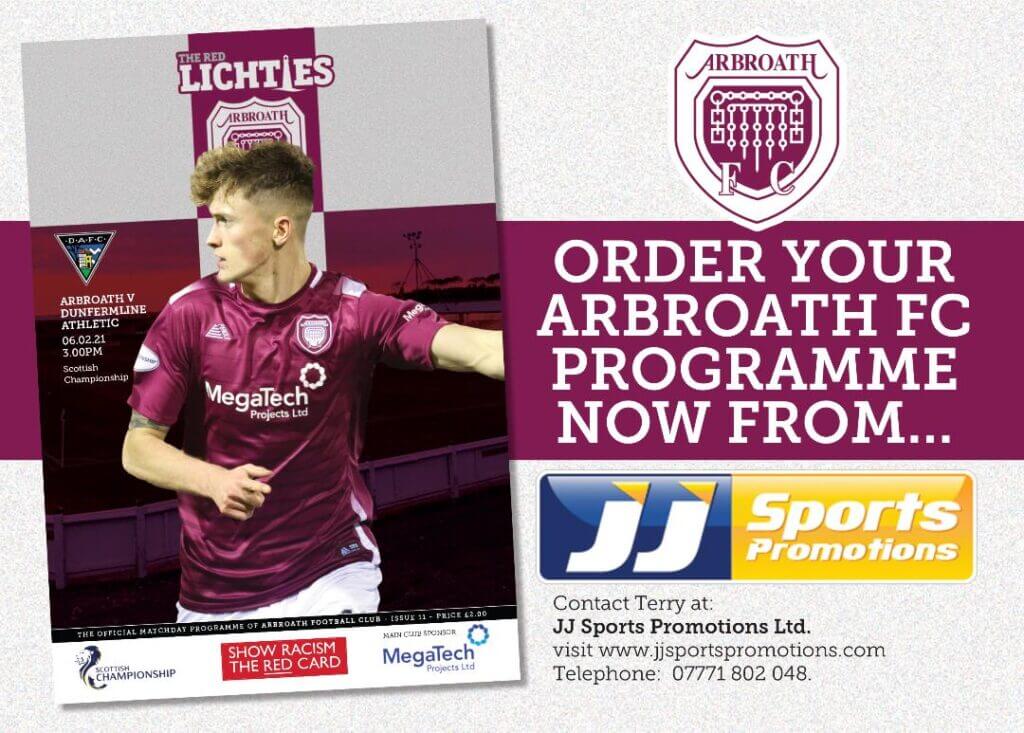 Copies of this programme can be purchased for £2 each plus £2 postage and packing, by emailing: terrybrumpton@yahoo.co.uk. It will be full colour and packed with great content and photography, but hurry because there is a limited print run