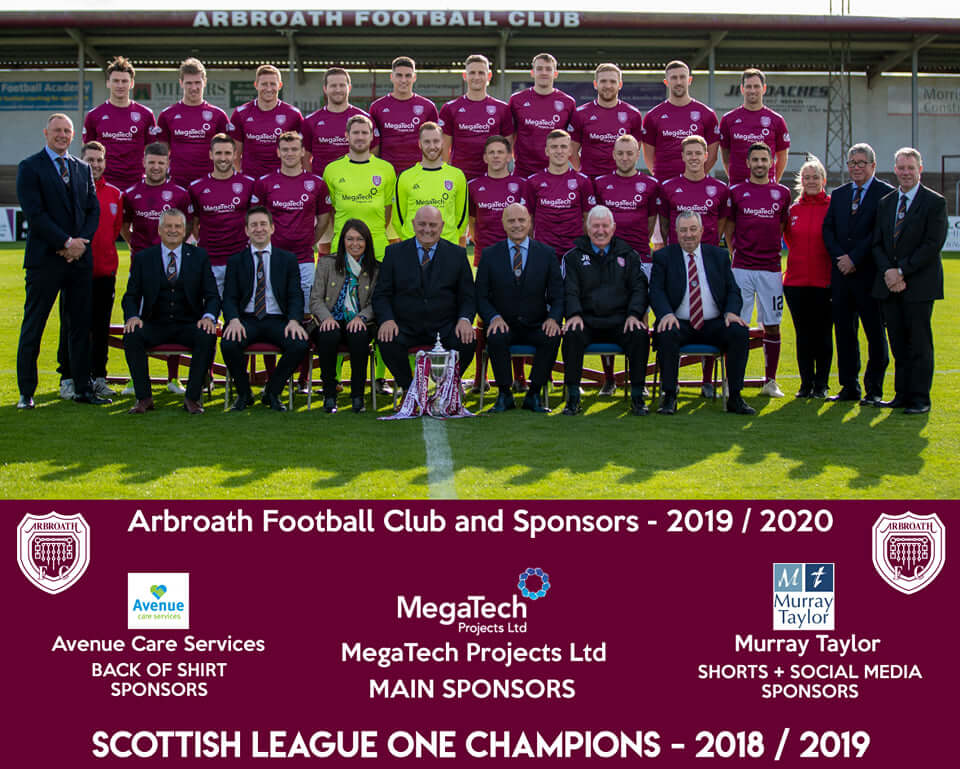 We invited our sponsors to join our team photograph as they play a pivotal role in the success of our club both on and off the pitch and are key figures in our team.

George was a fan’s favourite when he played Football at Gayfield and he has continued his support of the team by being our main sponsor since 2014. Unfortunately George was away on business but George’s father, Jim Rowe stepped in.

We are also delighted that Avenue Care Services have continued to support the Lichties with their logo on the back of our matchday shirts. Francis Davidson has been a very generous supporter of the club and also sponsors Ian Campbell and Robert Douglas.

Murray Taylor Chartered Certified Accountants have also been a long time supporter of Arbroath FC and we are delighted that relationship continues as not only do their logo appear on our matchday shorts, but also our Social Media. Of course, the link goes deeper with our own Club Secretary, Robert Sim being a Director at Murray Taylor.