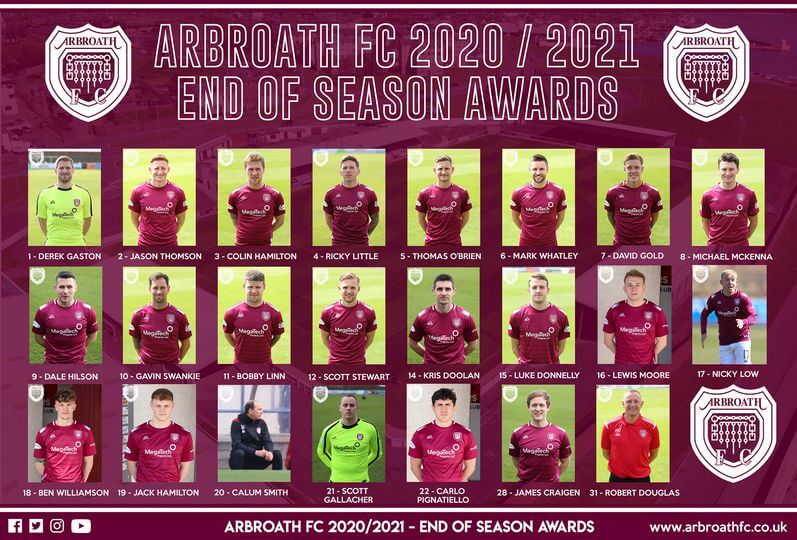 As this strange season comes to an end, it is the first in our history that we have been unable to play in front of you, our loyal supporters.

We never got the chance to celebrate together last season and it now won’t be next season until we hopefully are reunited with you.

With 2 games still to go there is still so much to play for, but again in a very competitive Championship with 8 Full Time Teams our team have continued to fight and battle and show great skill with another series of memorable moments this season.

We would like to now ask you to help us with our end of season awards. We want to recognise the players for their tremendous efforts in what has also been a difficult and strange seasons for them too.

One vote for the player who you have think has been Arbroath’s best player all season. We have included all players as we are one team together.

Vote for your Arbroath FC Player of the Season from any of our 23 Players.

2 – Young Player of the Season.

Who is your Arbroath FC Young Player of the Season?

Vote for our Young Player of the Season (Under 26)

Your young player and player of the season can be the same player!

Please list your 1st, 2nd and 3rd choice from the 6 goals chosen below.

We would also like to thank Arbroath FC TV, The SPFL, Stirling Albion TV and Ross County 1929 for video and audio used in this goal of the season video.