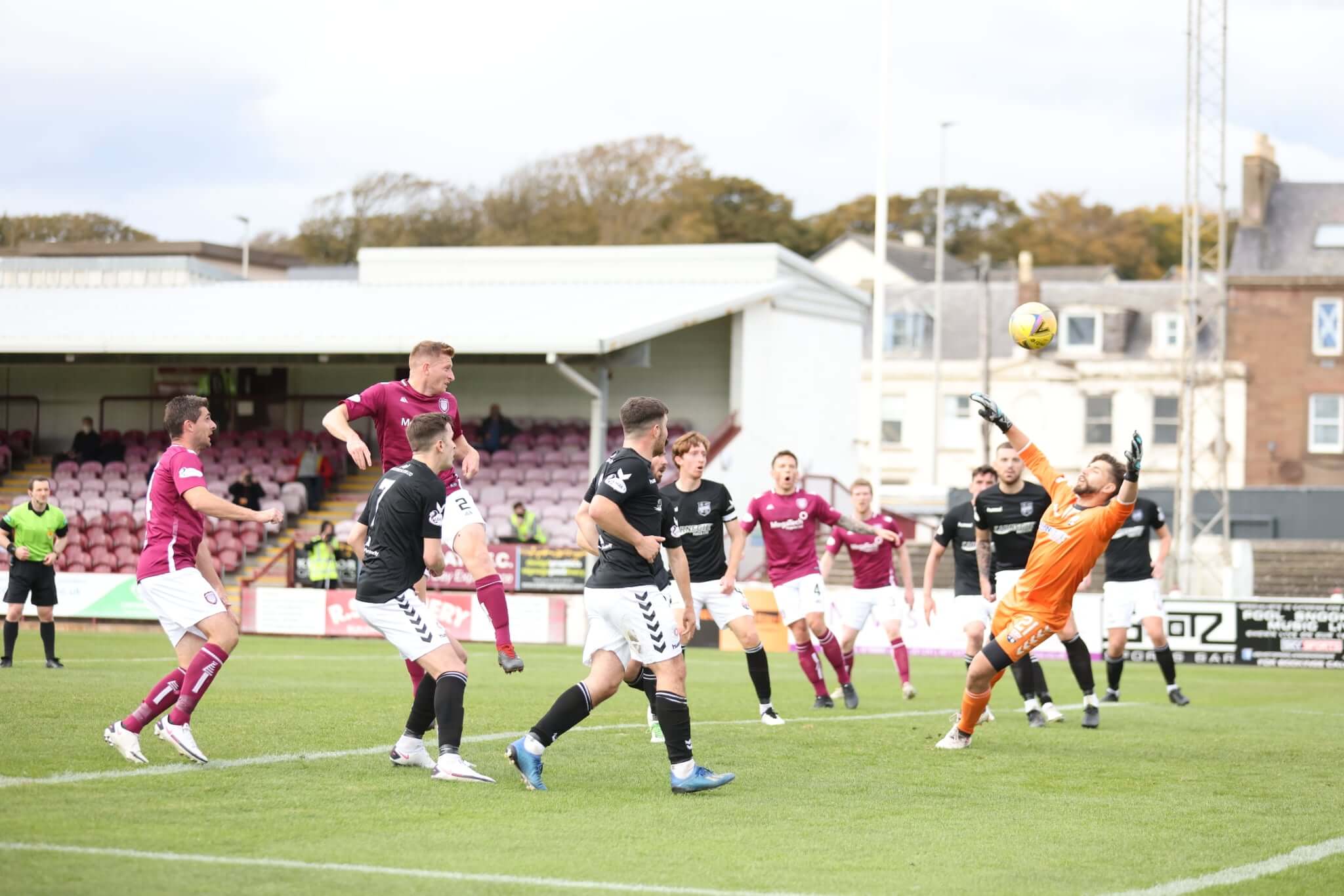 Arbroath kept up their fine start to Group D by claiming their 2nd win in a week to lead the group with 6 points.

It was Montrose who opened the scoring in the 10th minute with Graham Webster with a spectacular goal to give the away side the lead.

However Gavin Swankie who put in a man of the match performance soon equalised carefully directing his header into the net from a Jason Thomson cross in the 26th minute.

Jason Thomson who also was having an impressive game headed in a Gavin Swankie free kick in the 43rd minute rising high and unmarked and made no mistake.

Into the second half and substitute Luke Donnelly was unlucky when he had a shot cleared off the line before Bobby Linn struck the post in the 85th minute.

However a Bobby Linn corner kick was fed into the path of Thomas O’Brien by Dale Hilson and the Arbroath skipper secured the win with a very cheeky lob to make it 3-1!

Two wins out of Two and the Lichties lead Group D with maximum points however face a very hard journey and match against Ross County on Tuesday night up in Dingwall.

An interview with Jason Thomson who set up our first goal and then scored our second.

Jason has also signed a new contract extension keeping him at Gayfield until May 2022 which we are all absolutely delighted for!