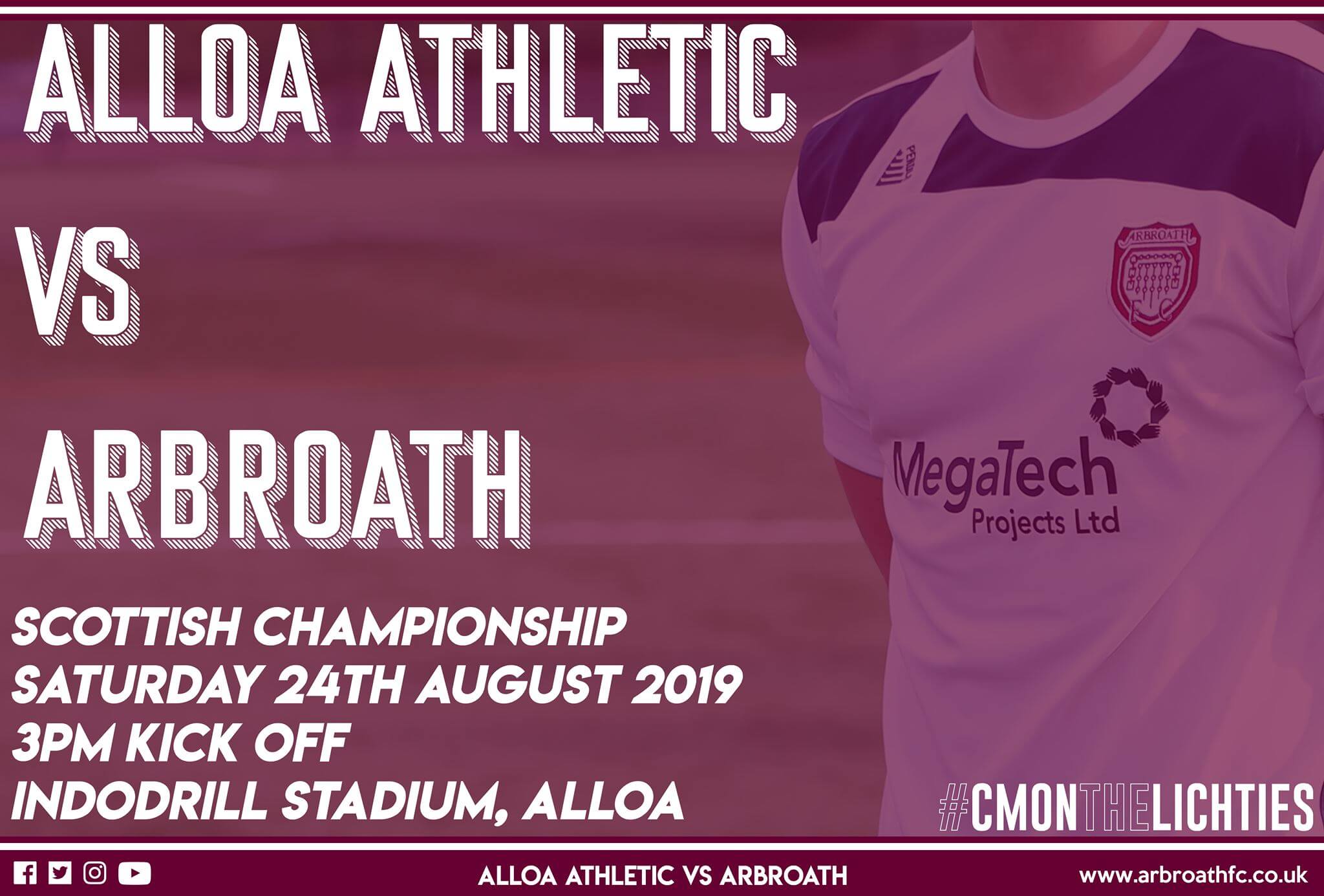 Arbroath return to Ladbrokes Championship action tomorrow as they travel down to Alloa to face Peter Grant’s side.

Despite being only August this will be the second meeting of the sides having previously played each other in the Betfred Cup with Alloa coming out on top 3-2 in a closely contended game.

Since that match Peter Grant has welcomed back Neil Parry who has recovered from a facial knock sustained against Hibernian, and also bolstered his side with the signing of Robbie Deas on-loan from Celtic and the capture of Blair Malcolm from Cowdenbeath.
Alloa Athletic picked up a point in their opening fixture against Partick Thistle in a 1-1 draw but suffered a 4-1 defeat away to Morton in game 2 with Captain Andy Graham also being sent off.

Graham will serve a suspension tomorrow and misses out with Kevin Cawley also a doubt for the Wasps.

Eagle eyed Lichties will notice tomorrow that the pitch at the Indodrill Stadium has been restored to its full width after a season of the pitch being narrowed.

Arbroath will be hoping to recreate the first half form they showed against Inverness Caledonian Thistle where they were on top for most of the half and deservedly took the lead.

It is hoped Steven Doris will be fit to return to the team after leaving the pitch just 16 minutes into the game at Inverness with a leg knock, however Arbroath look to be without Gavin Swankie and Scott Stewart for a few weeks as both have been hit by injury.

New loan signings Ben Stirling and Josh Campbell are expected to come straight into the squad and will both be hoping to be involved tomorrow at some point.

Admission at the Indodrill Stadium;

Saturday is a big game for the Lichties as we take on Alloa Athletic and we would really appreciate a strong and vocal support cheering on the team.