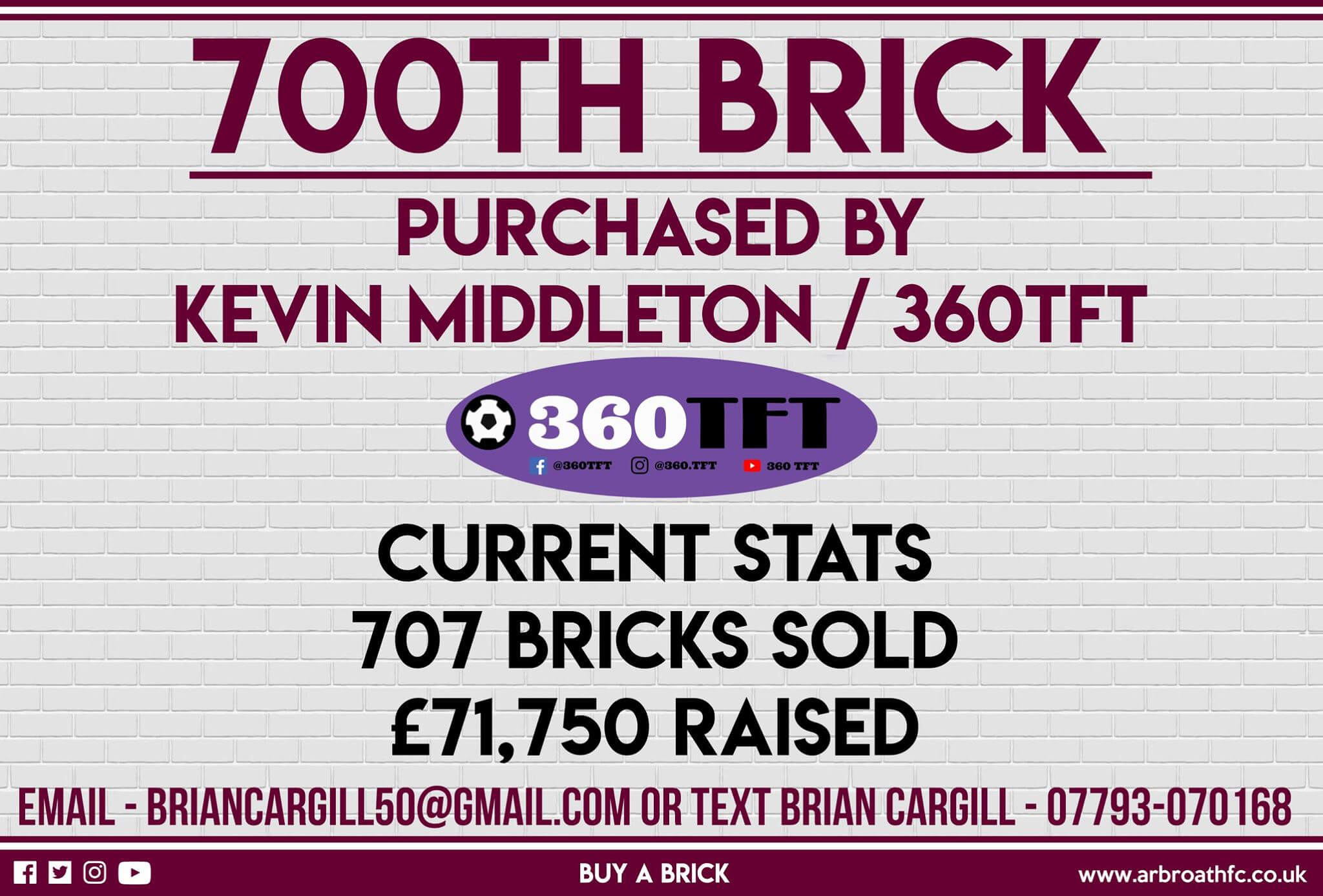 Thank you to Kevin Middleton / 360 Technical Football Training who has purchased our 700th Brick!

We are now 207 bricks over our original target as we hit 707 and now stand at a whopping £71, 750 and we wonder just how many will be purchased before we close sales on Fathers Day!

Kevin has bought 10 White Bricks to give away as prizes to lucky young footballers through his 360 Technical Football Training School.

Thank you again to Kevin for his generous purchase!

If you would like to buy a brick before it is too late then remember there are three types of brick available for purchase and these area as follows:

For more information or to purchase a brick;