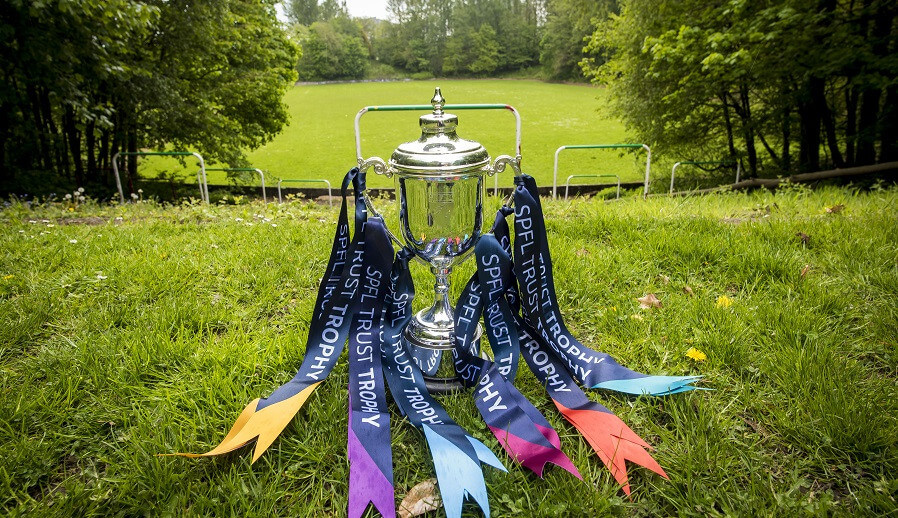 The SPFL Trust who are behind such wonderful initiatives – Football Fans in Training, 4-4-2 Reading Challenge, and festive friends and so many more are now behind the SPFL Trust Trophy.

The format remains the same but the English, Welsh and Irish teams will not be included for this forthcoming season.

Arbroath as a Championship Club will enter in Round 2, weekend of 4 & 5 September 2021

The Scottish Professional Football League today announced the format and dates of the SPFL Trust Trophy for Season 2021/22.

The competition next season will involve four clubs from each of the Scottish Highland and Scottish Lowland Leagues, as well as up to 12 Premiership B teams and each of the Championship, League 1 and League 2 clubs.

SPFL Chief Executive Neil Doncaster said: “With the competition having been cancelled last season due to Covid-19, we are delighted to announce the dates and format of the SPFL Trust Trophy for Season 2021/22.

“With the pandemic still impacting our everyday lives, and with the need to reduce unnecessary travel across the British Isles, the competition will be limited to Scottish teams only next season. I would like to thank our friends in the English National League, the League of Ireland, the Cymru Premier and the NIFL Premiership for their forbearance while we all work together to get through the pandemic.

“I would like, once again, to thank the SPFL Trust, James Anderson and the other donors who have all come together to support this unique competition for Season 2021/22.”

“We’re committed to making this the most community engaged competition in the tournament’s history. Community trusts and associated SPFL clubs have risen spectacularly to the challenge of supporting those in need during the pandemic with practical support that has made a different to so many.

“We’re going to use the rights available to us through this partnership to tell the story of the difference they’re making to people’s lives every day. And we’ll celebrate those supported by community trusts and clubs, too. It will be a time of recovery and renewal, and we cannot wait to play our part!”

James Anderson commented: “The work carried out by Scottish football’s community trusts is hugely important to the local communities that surround and sustain the 42 SPFL clubs. We are therefore delighted to be able to support this much-loved cup competition through the SPFL Trust.”

Iseabail Mactaggart, Director of Multiplatform Content for MG ALBA, which operates BBC ALBA in partnership with the BBC, said: “We are thrilled that BBC ALBA will once again be broadcasting live coverage of the SPFL Trust Trophy next season and would like to wish all participating teams the very best of luck.”

The participants will be as follows:

As in previous seasons, entry to the Challenge Cup will be seeded. The round-by-round structure and entry will be as follows: