Home - Thanks you James Craigen

Thanks you James Craigen 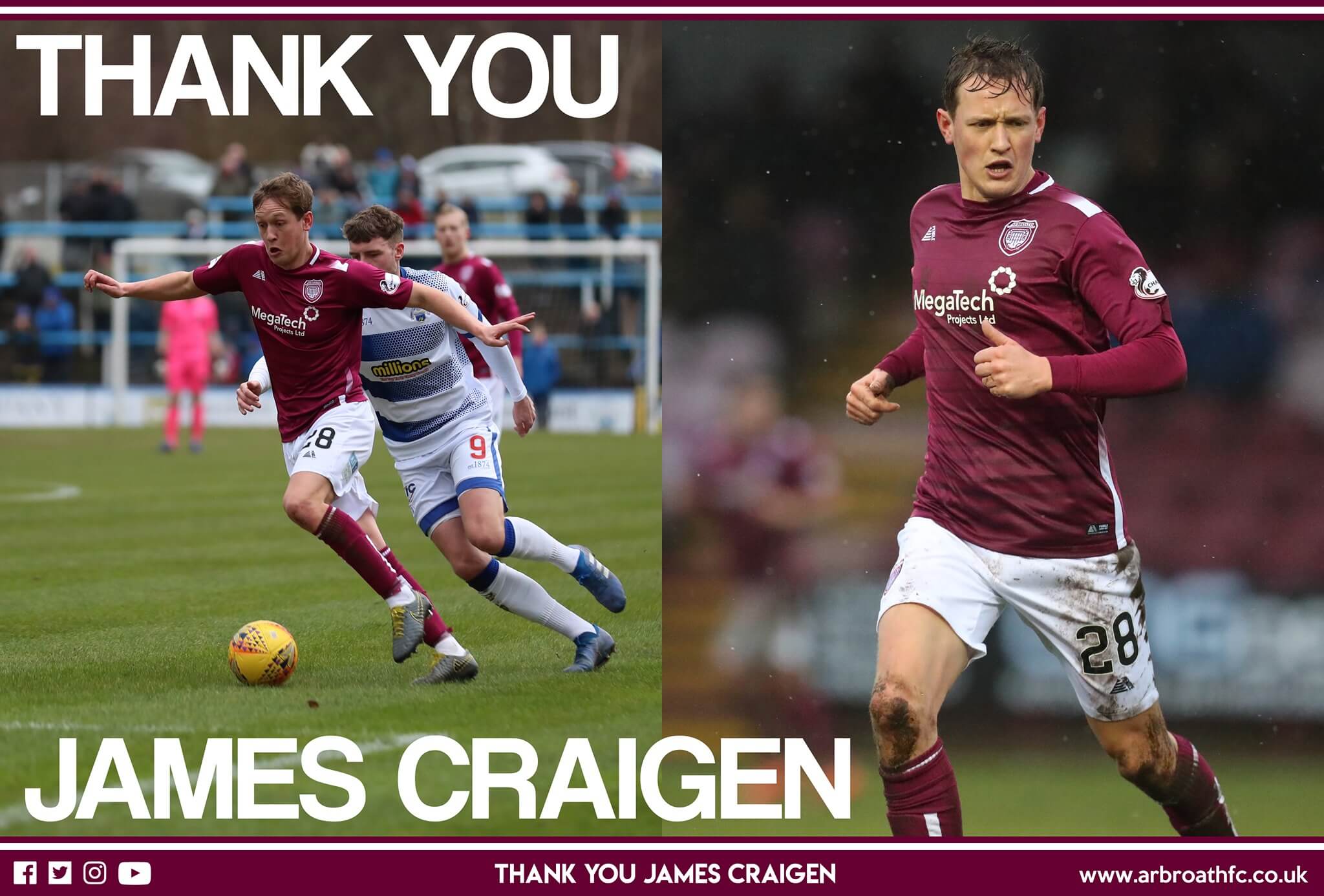 Arbroath FC would like to thank midfielder James Craigen for his loan spell at Gayfield and also to his parent club, AFC Fylde.

One of the last deals of the transfer window by any Scottish Club thanks to club secretary Dr Gary Callon, Arbroath pulled off another fantastic loan signing by capturing experienced midfielder James Craigen on loan from AFC Fylde.

James had several years experience in the Scottish Championship with Partick Thistle, Falkirk and Dunfermline and knew Manager Dick Campbell well after Dick took him to Forfar on loan.

Again unfortunately due to the Covid-19 pandemic James’s loan spell came to a very premature end.

James made his Arbroath debut against Dundee United at Tannadice in our famous win, before also coming off the bench against Queen of the South and Dunfermline Athletic as his new team mates went on an undefeated run.

James made his first full appearance in a man of the match performance against Greenock Morton on the 7th March 2020, which was our final match of the season.

A true professional, and a highly skilled versatile midfielder we were all looking forward to seeing more of James in action for Arbroath.

James was friends with a few of his Arbroath teammates prior to making the move to Gayfield, but in the few short weeks that James was with us he became a real popular figure with us all, which is testament to him.

James will always be welcome back at Gayfield, and we hope he enjoyed his short spell at the club.