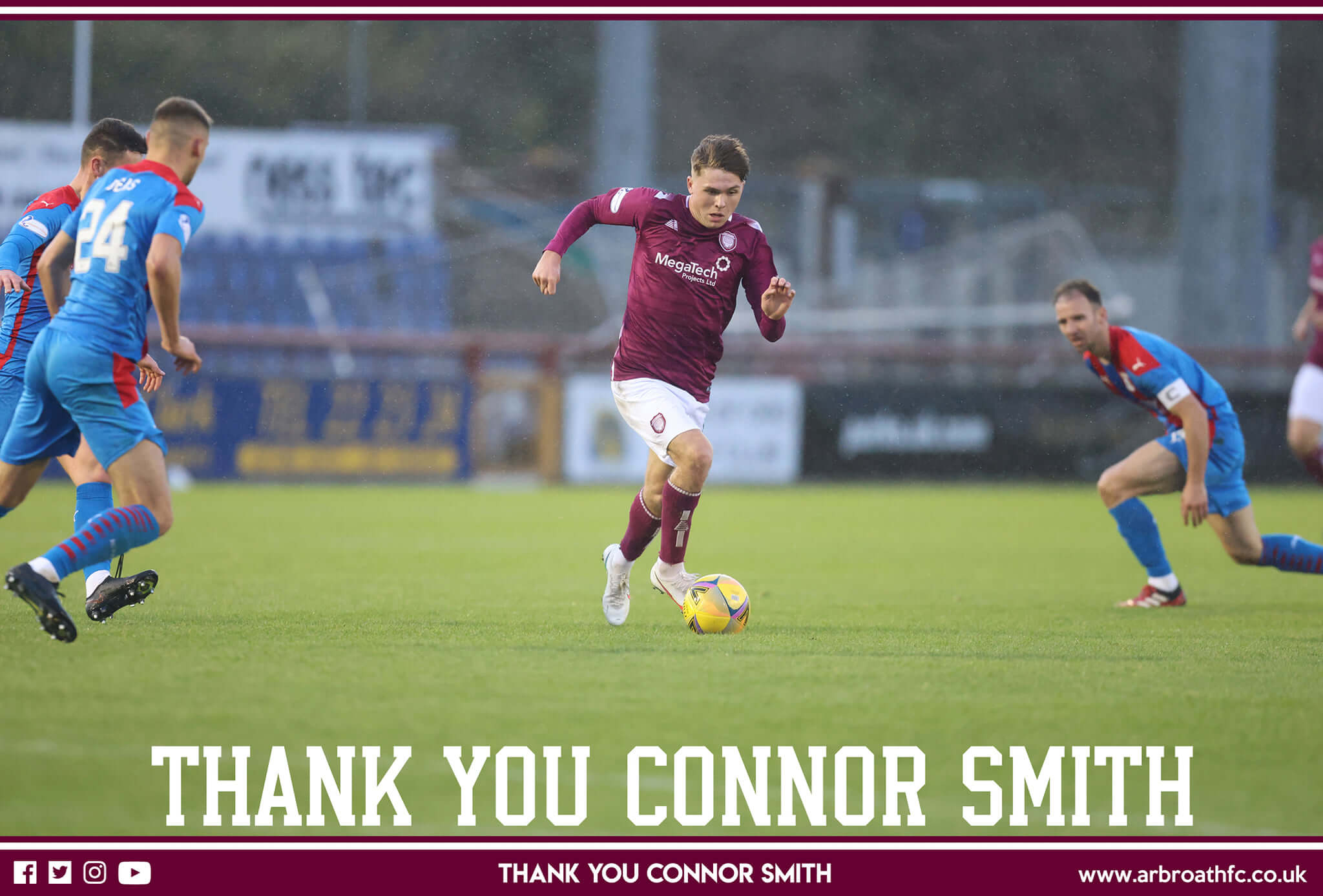 Connor Smith
Arbroath FC can confirm that midfielder Connor Smith has been recalled by Heart of Midlothian and subsequently sent on loan to Cove Rangers.
Arbroath FC would like to thank Connor and Heart of Midlothian for his spell at Gayfield.
Connor arrived at Gayfield in September and made an instant impact coming off the bench to score against Formartine United in a pre-season friendly, before coming on just 4 days later as a substitute in our first competitive match against Stirling Albion in the Betfred Cup. Connor made his full debut against Montrose in the next match before making another 2 appearances in the Betfred Cup from the bench.
In the league Connor made one start against Inverness, with another 2 appearances from the bench against Raith Rovers and Alloa Athletic and has missed two matches against his parent club Heart of Midlothian.
Connor has been a delight to have at the club, and a young gentleman from a footballing family.
Good luck Connor!
C’mon the Lichties