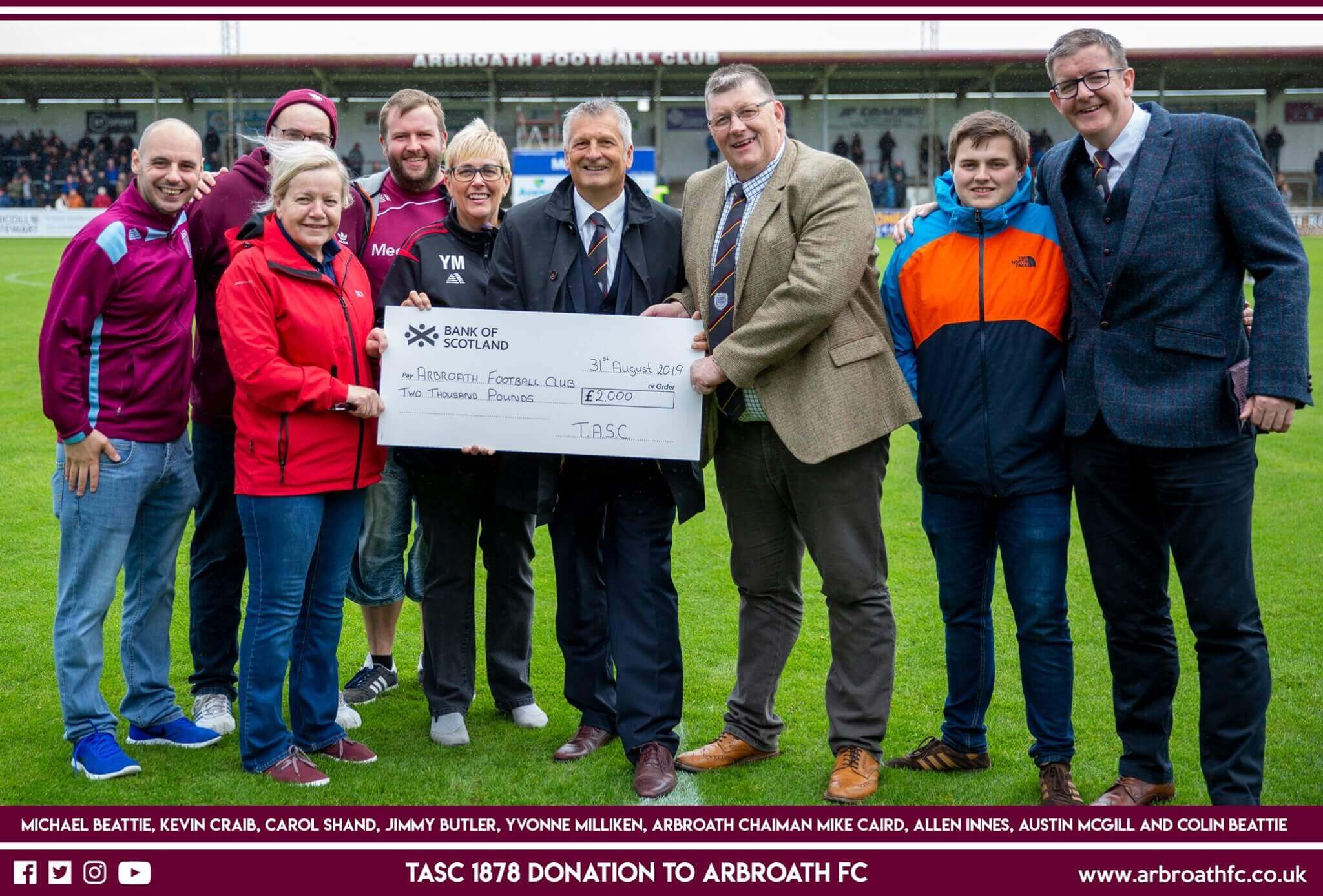 On Saturday, TASC 1878 (Tuttie’s Arbroath Supporters Club) handed over a cheque for £2000 to Arbroath Chairman Mike Caird as a donation to help the club.

Mike Caird Arbroath FC chairman said “We are very grateful for this generous donation to the club. I’m delighted that we are continuing to enjoy a close relationship with TASC and their running of buses to away games is invaluable in helping get as many supporters behind us as possible this season.”

TASC have been running buses to Arbroath away games for many years now, and it’s a great way to get to the games for any Arbroath supporter.

On top of this very kind gesture, TASC are also supporting local charities this year.

Many thanks again to all members of TASC for their continued support.