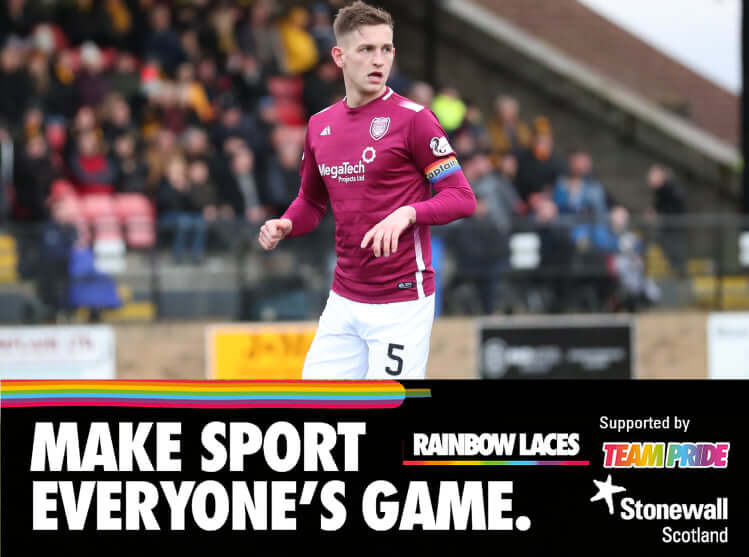 Arbroath FC showed their support in our two Scottish Cup fixtures against Auchinleck Talbot and will do so this weekend again in the SPFL.

The SPFL and the SFA are both participating this year with the fortnight starting today and running until December 8th and includes this weekends William Hill Scottish Cup 3rd Round ties and next weeks SPFL League games.

Arbroath Football Club is delighted to be showing our support for lesbian, gay, bi and trans players and fans by wearing Rainbow Laces.

Rainbow Laces is Stonewall Scotland’s campaign to change attitudes in sport and make sure that lesbian, gay, bisexual and trans (LGBT) people are welcomed and accepted at all levels of the game. Sadly, many LGBT people have a poor experience in sport and have experienced discrimination because of who they are.

The Rainbow Laces campaign has generated a huge amount of awareness of LGBT people in sport, shifting the attitudes of fans, and participants. Last year, 12 million people in Britain saw the campaign, including almost half of adults in Scotland. This is, in part, thanks to your support.

Find out more at http://www.stonewall.org.uk/rainbowlaces

Together we can make sport everyone’s game.