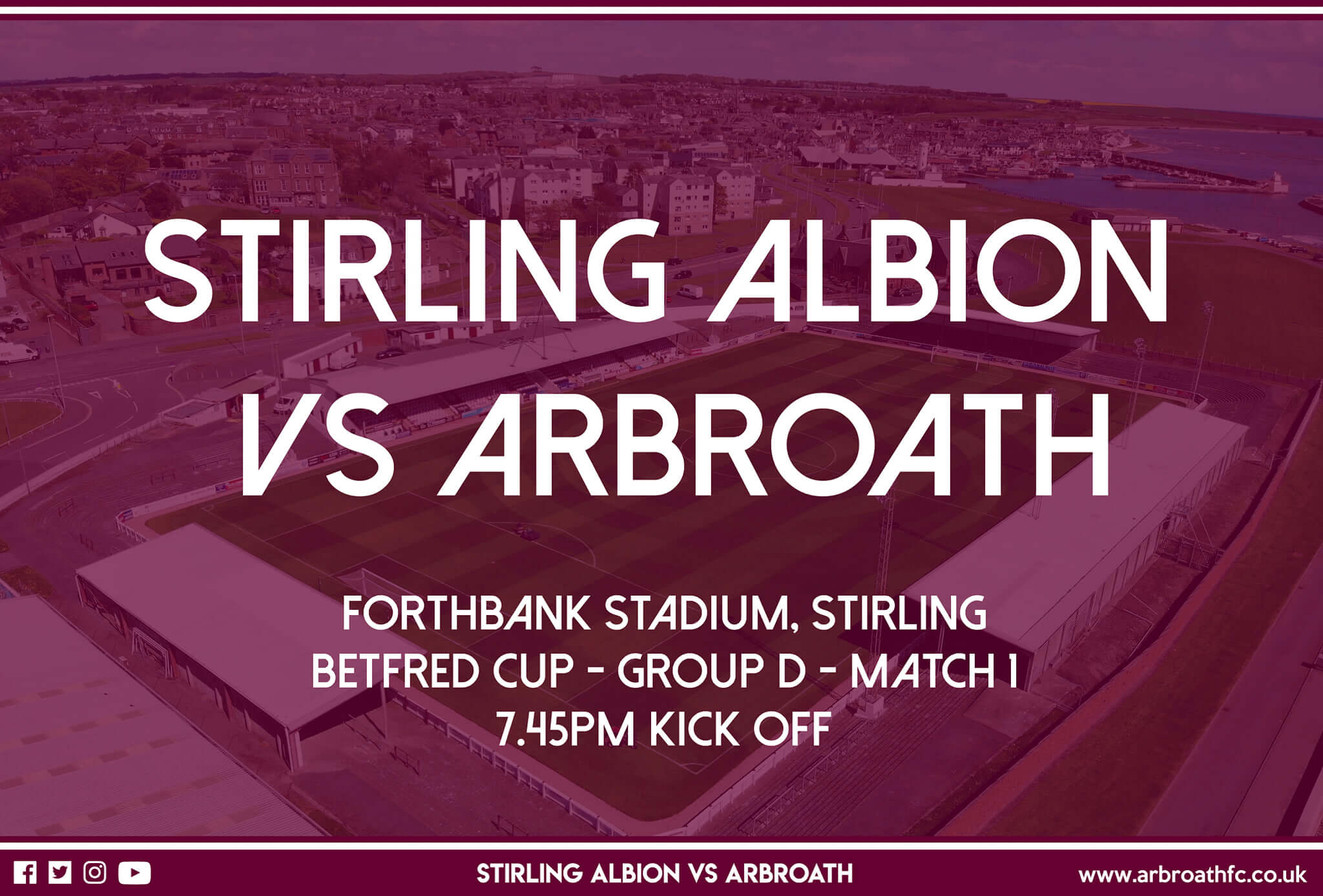 It is finally here. A staggering 213 days since our last competitive match away to Greenock Morton, the Lichties are back on the road to Forthbank Stadium to face Stirling Albion in a repeat of last year’s Group C Fixture.

Of course it goes without saying that tonight’s match will be different for so many reasons with no supporters the biggest challenge for both clubs.

You can however stream the game live for £7.50 (plus 60pence for fees) here;
https://www.stirlingalbionfc.co.uk/live-stream/

The Betfred Cup Group stages allow 5 substitutes, with 9 substitutes able to be listed. As with all group matches, if the game ends in a draw the match will head to penalties after 90 minutes for the winning team earning an extra bonus point.

Arbroath enjoyed a very enjoyable pre-season but Manager Dick Campbell has voiced his concern about not being able to test his side against a full time Premiership team.

Mark Whatley has missed the last few matches with an injury and tonight’s game may come too soon for him, but Dick Campbell should have every other player at his disposal.

The Scottish Transfer window did close last night, but Arbroath can still sign players on loan until the end October as part of the loan transfer window.

Stirling Albion have been busy during the transfer window and have signed former Lichties Andy Ryan and Aldin El-Zubadi as well as the experienced Declan Byrne, and midfielders Jack Leitch, Kieran Moore, Kurtis Roberts and Scott Roberts.

Dominic Doherty is serving a one-match ban for Stirling Albion

Of course it goes without saying that tonight’s match is strictly closed doors.
We shall do our best to update those who aren’t watching the stream and will have reports, photographs, interviews and go pro footage posted as soon as we can.