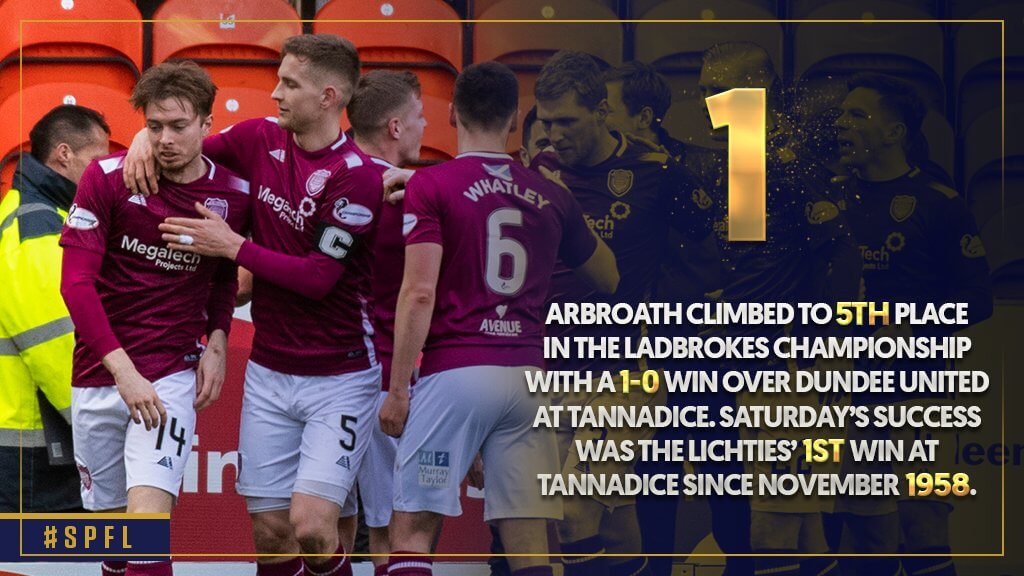 1 – Arbroath climbed to fifth in the Ladbrokes Championship thanks to a stunning 1-0 victory over Dundee United at Tannadice.

Dick Campbell’s part-timers are now only outside the promotion play-off spot on goal difference and have earned away wins against each of the division’s top three sides over the last couple of months.

Saturday’s success was the Red Lichties’ first victory at Tannadice since November 1958, when Dick and Ian Campbell had just turned five.