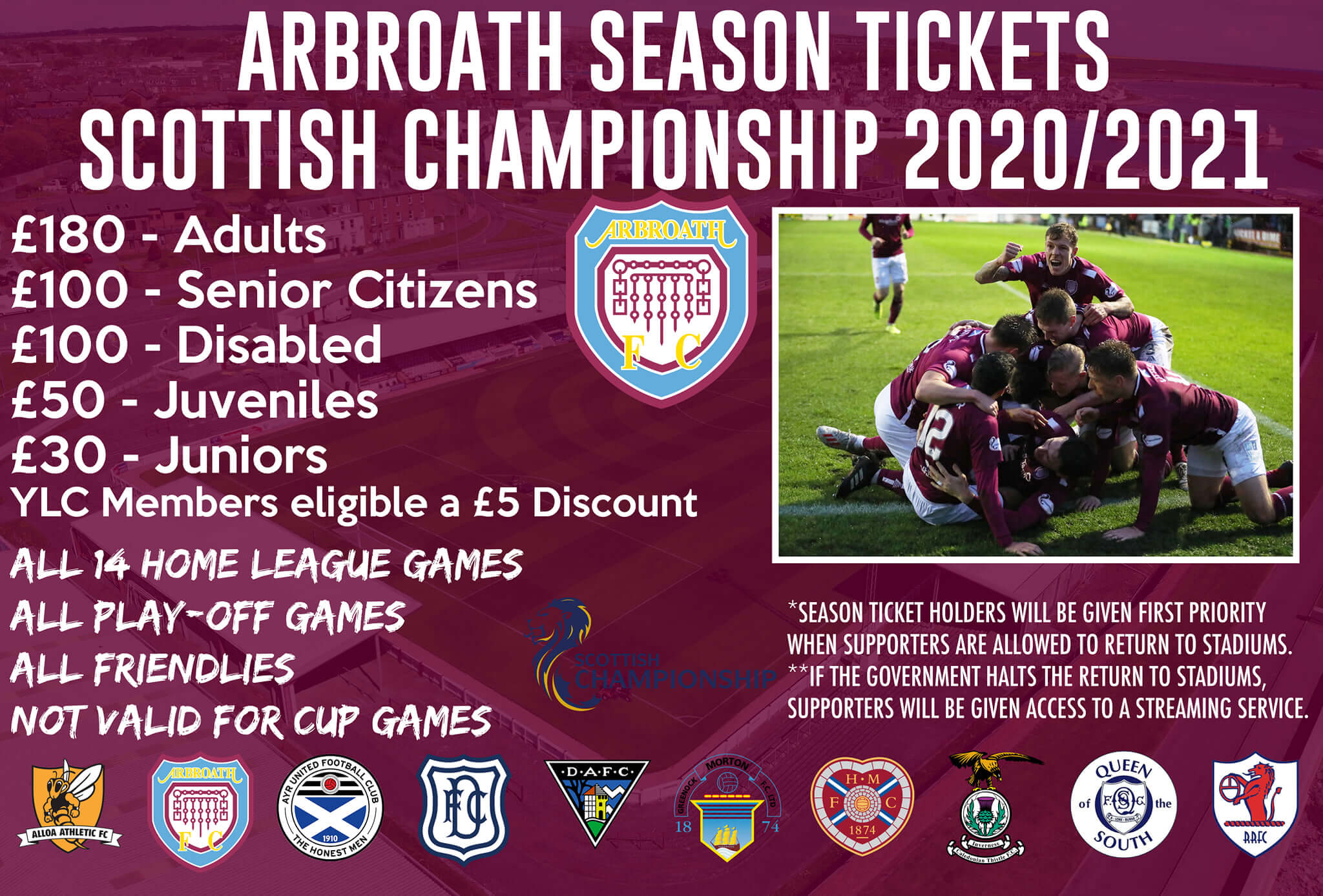 The Directors of Arbroath FC would like to thank our loyal supporters for their continued support and great response to our season ticket sales.

In these unusual times and with over 7 weeks remaining before the new Championship Season kicks off we have already sold over of half of last season’s total since they went on sale just over 2 weeks ago.

With the Government giving championship clubs and below the green light to return to training we are delighted that the players will be reunited for the first time in almost 6 months this coming Wednesday.

It has been such a long time but everyone is chomping at the bit to build on last season’s stunning debut in the Championship.

With the first Betfred Cup game coming on Tuesday 6th October away to Stirling Albion we have been working hard behind the scenes and we currently have 3 pre-season friendlies provisionally lined up, with 2 of these scheduled to take place at Gayfield.

All fixtures will be released soon but we can confirm we will welcome Stuart Malcolm’s Forfar Athletic to Gayfield on Saturday 26th September.

If you would like to be there, and help the club, then the best way to support the club is by becoming a season ticket holder.

Supporters can buy their season tickets in two different ways.

We shall have the Championship Lounge open at Gayfield this coming week on Tuesday 25th August and Wednesday 26th August from 7pm to 8pm.

You can also pay electronically and then pick up your ticket physically on Tuesday or Wednesday evening.

We do accept cash and cards, but as with most other shops during this pandemic we do favour card payment.

Due to the Covid Pandemic, Gayfield remains closed to the public at all other times, so for the time being these are the only times we can offer physical sales.

How to Apply for your season ticket electronically;

We shall then reply to your email with full instructions on how to pay.

Once payment has been received your season ticket will be sent to you by Royal Mail or delivered to you.