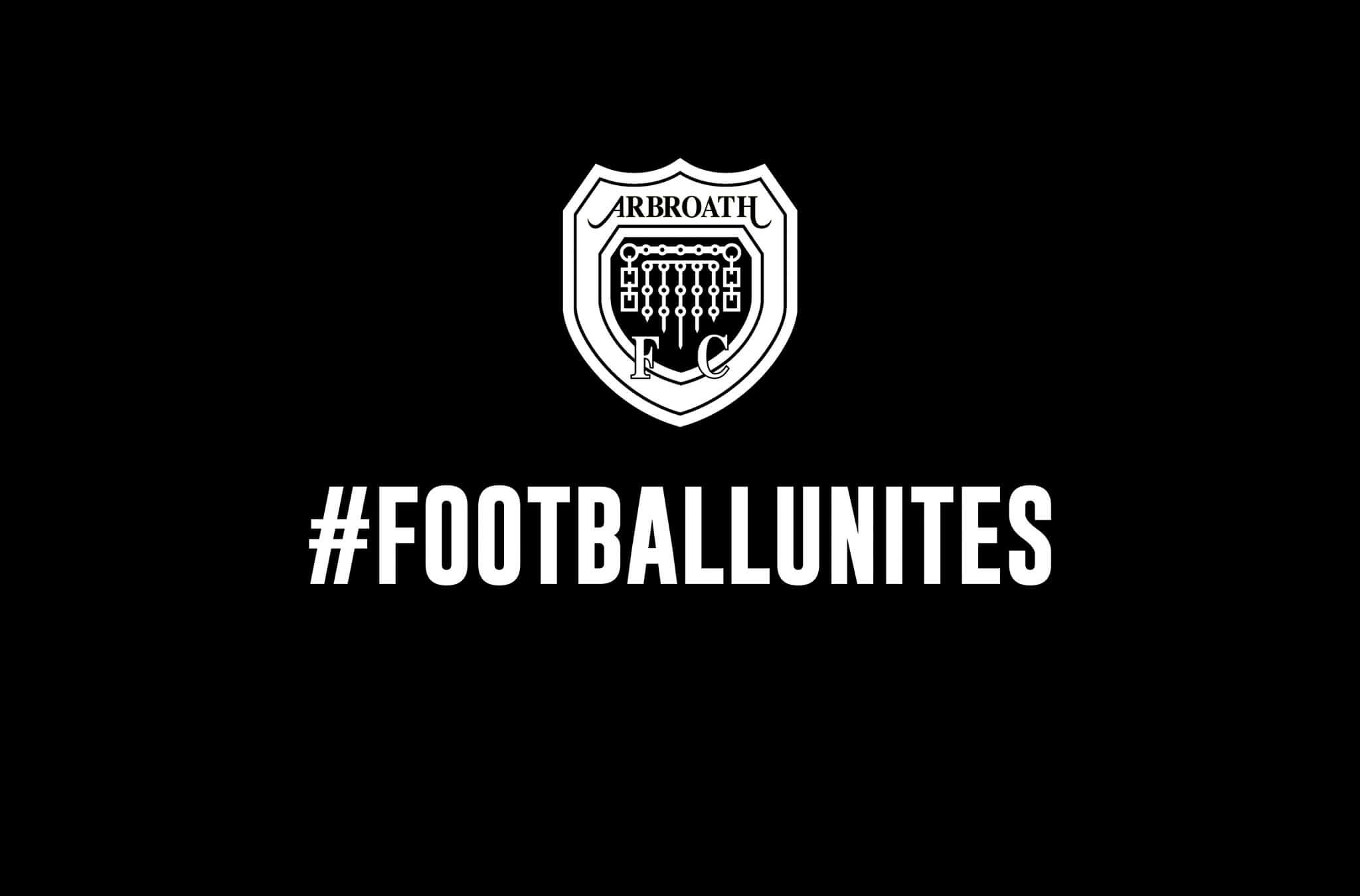 Arbroath Football Club will cease activity on social media from 15:00PM on Friday 30th April to 23.59pm on Monday 3rd May.

We will stand together as Scottish Football Unites in a support of boycotting all social media. This comes as a response to continuing racist and discriminatory abuse online aimed at Football Players, Club Staff, Supporters and others associated with the game.

We stand with clubs across the country which include the Scottish FA, the Scottish Professional Football League, PFA Scotland, Scottish Women’s Football and Show Racism the Red Card who will all switch off their social media activity.

Our match against Greenock Morton on Friday evening will see us switch to our website – arbroathfc.co.uk where we will post team news, half time and full time updates, as well as the match report, post-match interviews and highlights from midnight.

Arbroathfc.tv will still stream as per normal.

SPFL chief executive Neil Doncaster said: “Discrimination of any kind has absolutely no place in Scottish football and the online abuse received by some of those involved in our national game is absolutely abhorrent. The SPFL is committed to ensuring that Scottish football is inclusive and welcoming to all.

“Players and supporters from diverse backgrounds have played, and continue to play, an enormously positive and valued role in our game. Diversity is part of what makes Scottish football what it is, it should be protected and championed.

“As a society, we all have a responsibility to stamp out abusive behaviour and ensure that everyone, regardless of background, can enjoy football in this country without fear of receiving hate-filled messages online.

“Social media provides a wonderful platform for clubs of all sizes to communicate with their fans. It’s a platform that our clubs have used to great effect in recent years but it is also a medium that is being abused by a vile and mindless minority. These cowards often hide behind anonymous accounts and it is incumbent upon social media companies to actively and aggressively combat this problem.

“The SPFL will continue to work with our member clubs and partners, including Show Racism the Red Card, the Scottish FA and Police Scotland to drive home the message that there’s no place in our game for discrimination of any kind.”

Ian Maxwell, Scottish FA Chief Executive: “The Scottish FA is encouraged that football has united against the growing scourge of online abuse and we are proud to play our part in supporting the social media boycott.

“Through the work of our Equality and Diversity Board we have set up Football Unites, an equality framework that underlines our commitment to fairness, justice, respect, inclusion and the removal of barriers.

“At our recent summit meeting involving clubs and representatives of the game we witnessed a groundswell of people motivated to tackle inequality in all its forms. We are also in dialogue with social media companies to ensure adequate preventative measures are put in place to tackle the specific issue of online abuse via those channels.”

Vivienne MacLaren, Scottish Women’s Football Chair: “The exposure the women’s game continues to get across all media channels is extremely exciting for us all. What has sadly come along with this wider reach has been an increase in abusive and discriminatory language targeted at those involved in our game. This has been particularly prevalent on social media and we have made it very clear we will not tolerate this.

“We hope that this action reminds media owners that they must stand up to this abusive behaviour and make perpetrators think twice.”

Fraser Wishart, PFA Scotland Chief Executive: “PFA Scotland has long supported campaigns against all forms of discrimination and our members have kept the issues of racism and social injustice in the public eye this season. The social media boycott is another way for our members to continue to raise awareness around the issue. However, gestures alone are not enough: the abuse online by those hiding behind their keyboard must stop.

“We call upon social media companies to engage in meaningful dialogue with a view to providing a mechanism to stop and report all forms of abuse to the relevant authorities. Comments can be hurtful to players and their families and have a profound effect on their lives. In 2021 our members deserve much better.”

Show Racism the Red Card campaign manager Jordan Allison said: “Through social media, players are on the receiving end of targeted hatred on an almost daily basis. These deeply traumatising experiences are enabled by platforms that put the monetisation of footballers before their welfare.

“Our charity fully supports this united stance from Scottish football and believes it should mark the beginning of a powerful campaign that urges social media companies and governing bodies to address the concerns of black and ethnic minority players and supporters.

“Show Racism the Red Card is providing educational infographics to all clubs for use across their channels ahead of the boycott beginning. Supporters are encouraged to share these graphics in order to amplify the message and help educate as many people as possible on how to recognise online abuse, how to stay safe online, how to support victims of racism and how to report racism online.

“With young people across the country still absorbing our players’ efforts to support the anti-racism movement, our education charity will back any stance that aims to create a society for our future generation free from racism. Social media can and must do more.”