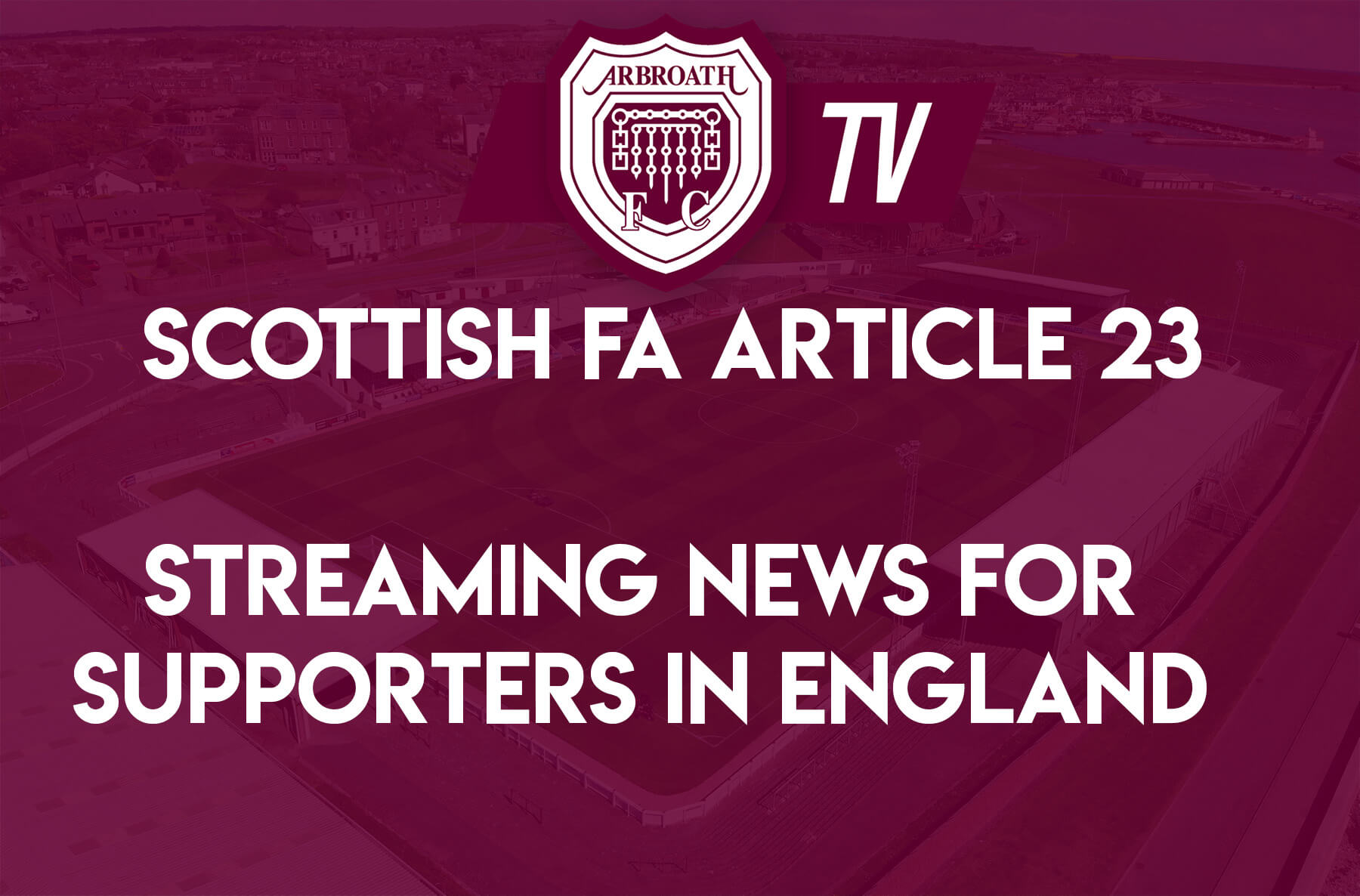 Arbroath FC, along with all other 41 senior clubs which make up the SPFL have been requested by the SFA that we geoblock our live streaming in England.

The English FA have activated their broadcast rights meaning that between the hours of 15.45pm and 18.15pm on match days from August 2021 to May 2022 we can’t broadcast to those supporters in England.

This is in Compliance with UEFA Article 48, meaning that any supporters who would normally watch our live streams in England won’t be able to as our system will know where your IP Address is and stop you watching the game live on Arbroath FC TV.

We know that Arbroath FC TV has been a real blessing for so many supporters during lock down, but this new ruling unfortunately means we cannot stream to those living in England.

This is a matter which is being taken very seriously and if SPFL Clubs are being caught selling streams to Supporters with an English IP Address then the clubs caught could in turn be banned from streaming their matches altogether.

We know that we have a small number of season ticket that were bought by Lichties who live in England and we are terribly sorry about this news. We hope you understand it it is outside of our control.

If you are one of the season ticket holders that this does effect please contact us on office@arbroathfc.co.uk