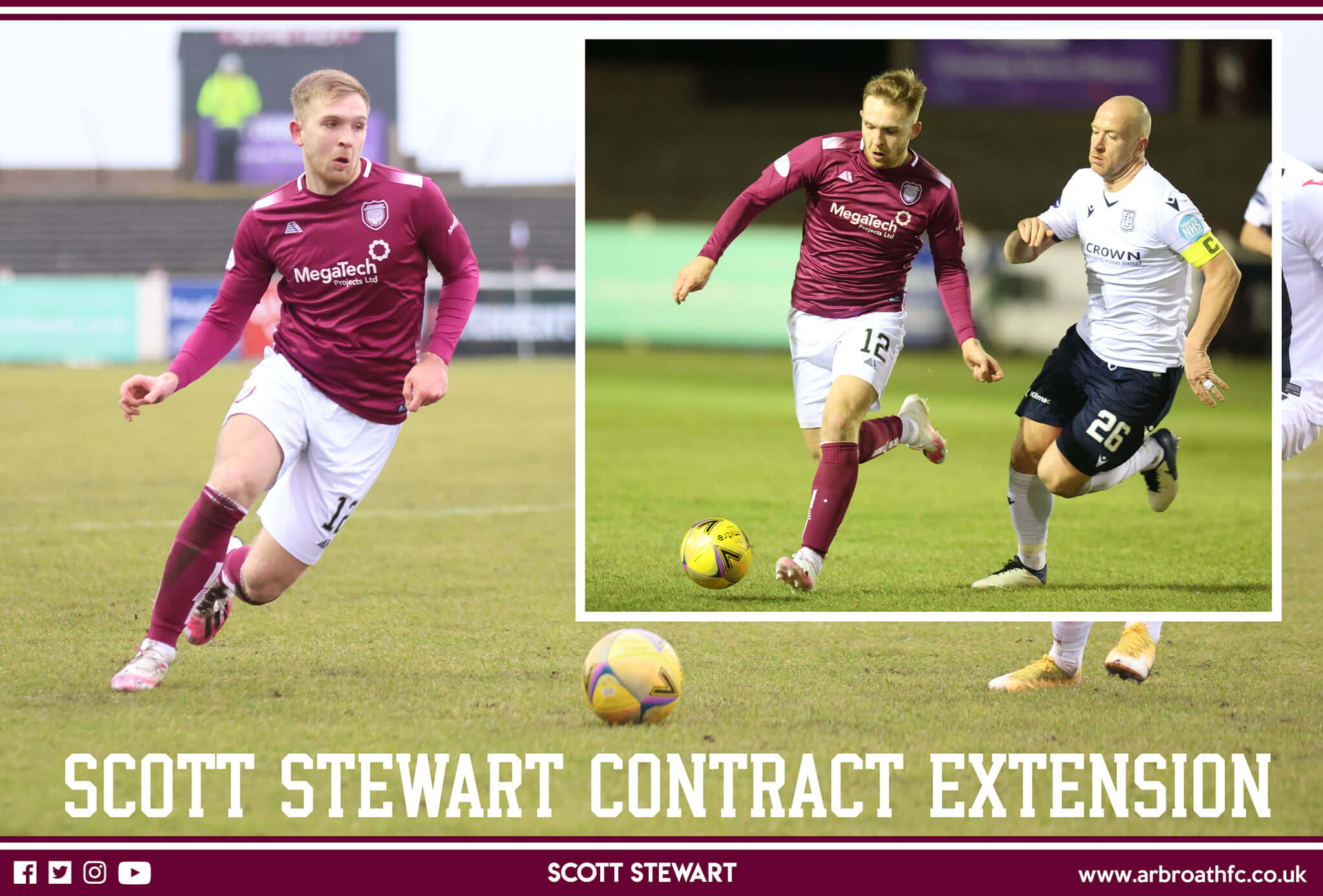 Arbroath FC are delighted to announce that midfielder Scott Stewart has signed a contract extension for another season keeping him at Gayfield until the end of the 2021 / 2022 season.

Scott, who is 24 arrived at Gayfield in June 2019 and scored 3 goals in his first season which was cut short due to the pandemic including one of the best team goals scored at Gayfield in recent years against Inverness Caledonian Thistle.

This season Scott has continued to impress in the midfield and has deputised in defence on a few occasions.

Scott’s introduction against Queen of the South recently changed the game as his goal pulled Arbroath back into the game and produced another excellent display last Saturday deputising at right back keeping Dunfermline at bay.

Arbroath’s recent success has been based on keeping our key players at the club and we are delighted Scott has extended his contract.