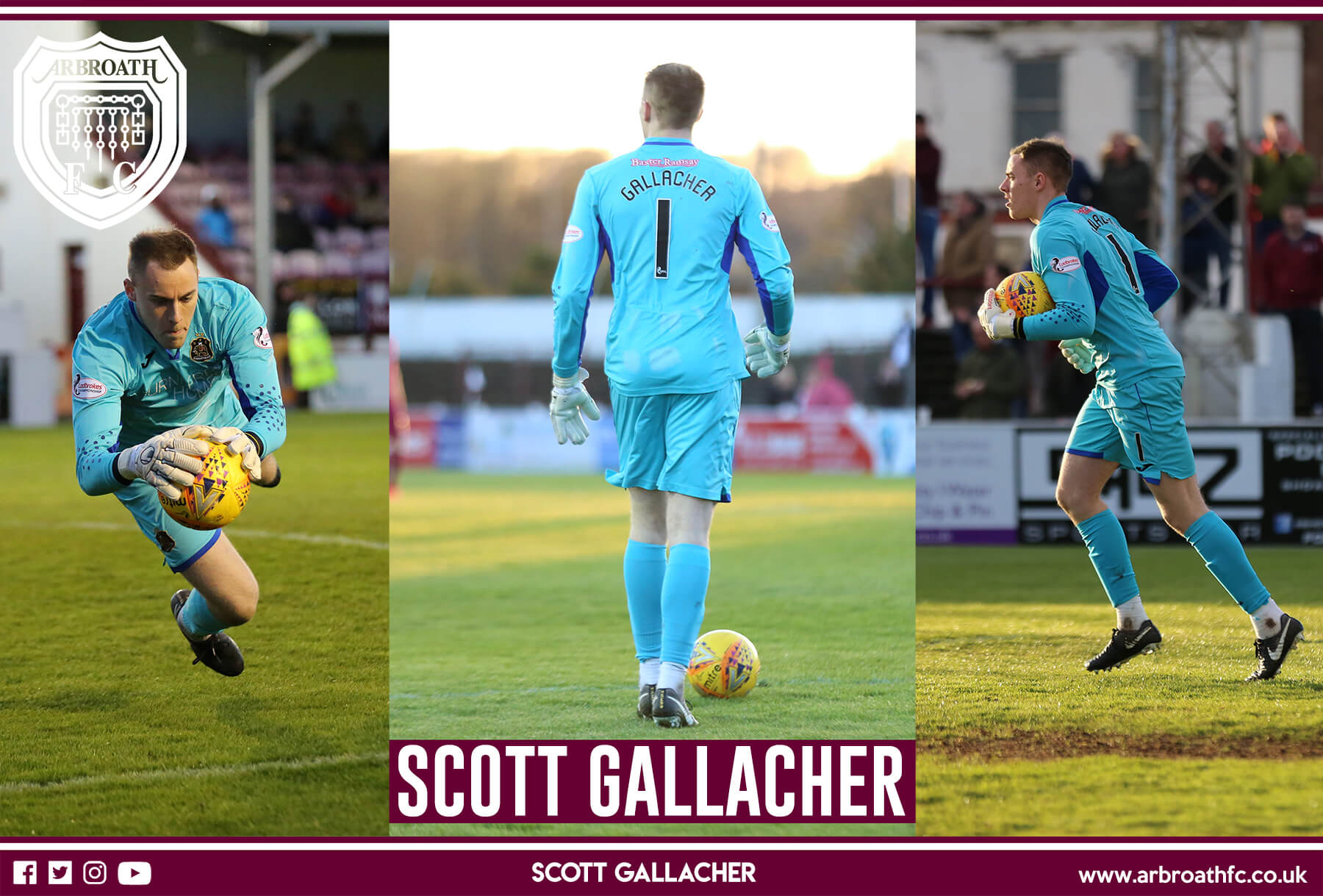 Arbroath FC are delighted to announce the signing of experienced goalkeeper Scott Gallacher, who becomes our second signing of the summer.

Whilst at Rangers Scott represented Scotland at U21 level before gaining experience with loan spells at Cowdenbeath, Airdrieonians and Forfar Athletic where Manager Dick Campbell took him to Station Park for the 2010-2011 season where he made 29 appearances.

Scott left Ibrox after 6 seasons and moved to Edinburgh securing a move to Tynecastle where he spent two seasons and again had a short loan to Forfar Athletic whilst Rab Douglas recovered from a groin strain.

In the last 6 seasons Scott has been at Alloa Athletic, St Mirren, Hibernian, Dumbarton and spent last two seasons at Airdrieonians.

Scott moved from Dumbarton to Airdrieonians to be the number 1 keeper but just 2 games into the 2018/2019 season, Scott suffered an anterior cruciate ligament injury against Montrose.

Scott has battled back from this injury and regained the number 1 spot at Airdrieonians in January keeping 5 clean sheets in 7 games before the season was cut short.

We look forward to welcoming Scott to Gayfield where he will compete for the Number 1 shirt with Derek Gaston.