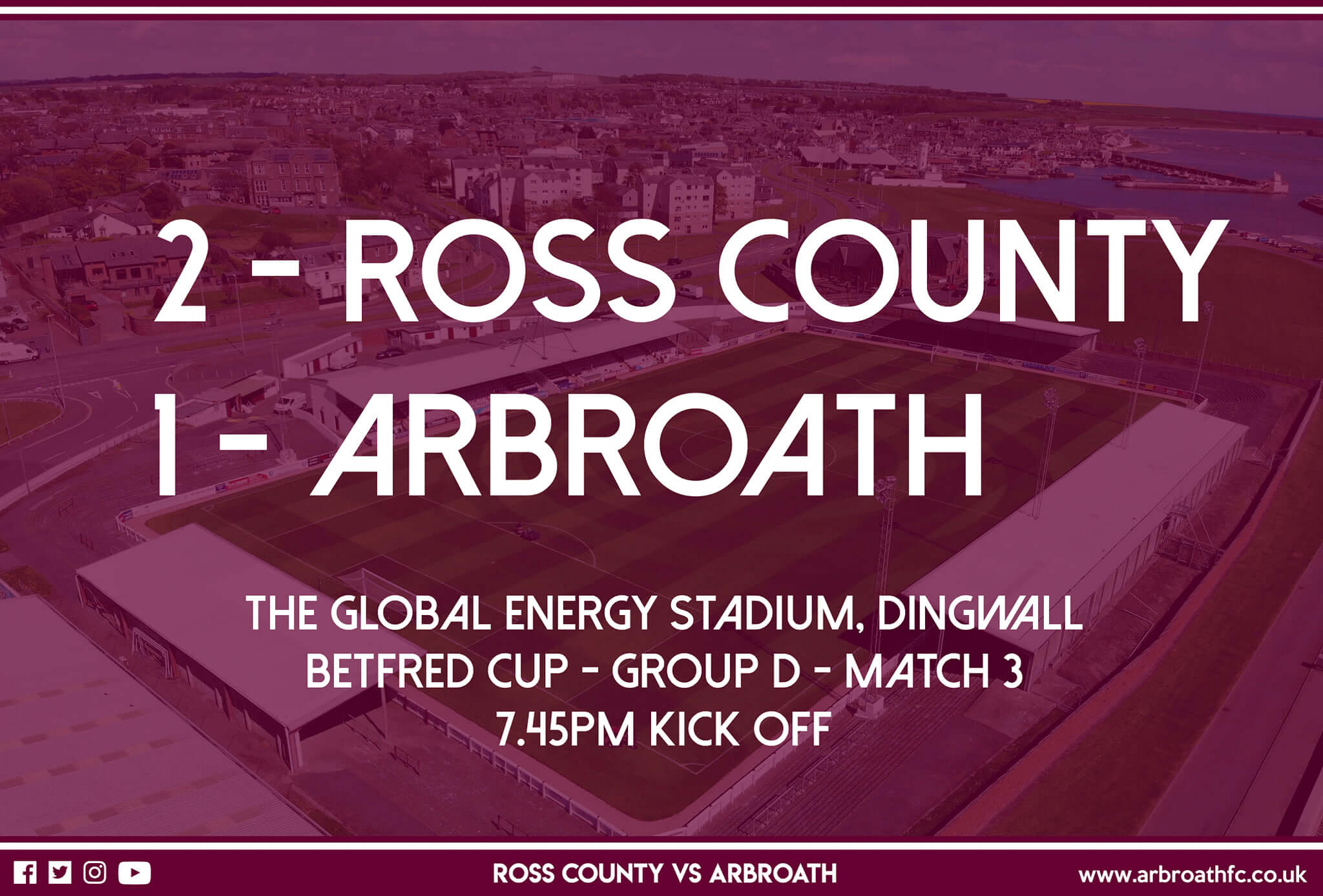 Highlights from last nights Betfred Cup match courtesy of Ross County.
If you haven’t seen it yet, watch out for Dale Hilson’s wonderful free kick in the 49th minute!

Ross County 2 – 1 Arbroath
Arbroath suffered their first competitive defeat since the 28th January as Ross County came back to steal the points in the Betfred Cup.
After a goalless first half Dale Hilson scored an absolutely screamer of a free kick in the 49th minute but Ross Stewart pulled Ross County level in the 65th minute with a header at the back post.
Just 3 minutes later and Stewart made it 2-1 from the penalty spot. Miko Virtanen tried to hold the ball up to let it go out for a goal kick but got pickpocketed and as ball was played back in Gaston rushed out but caught Charles-Cook in the process.
Arbroath more than competed and for the final 20 minutes it was nearly all the Lichties as they fought for an equaliser with Virtanen almost finding the net.
A great performance from the part-timers who again have shown their worth against their full time Premiership opponents.
We play our final game against Elgin City on Saturday 14th November.
C’mon the Lichties