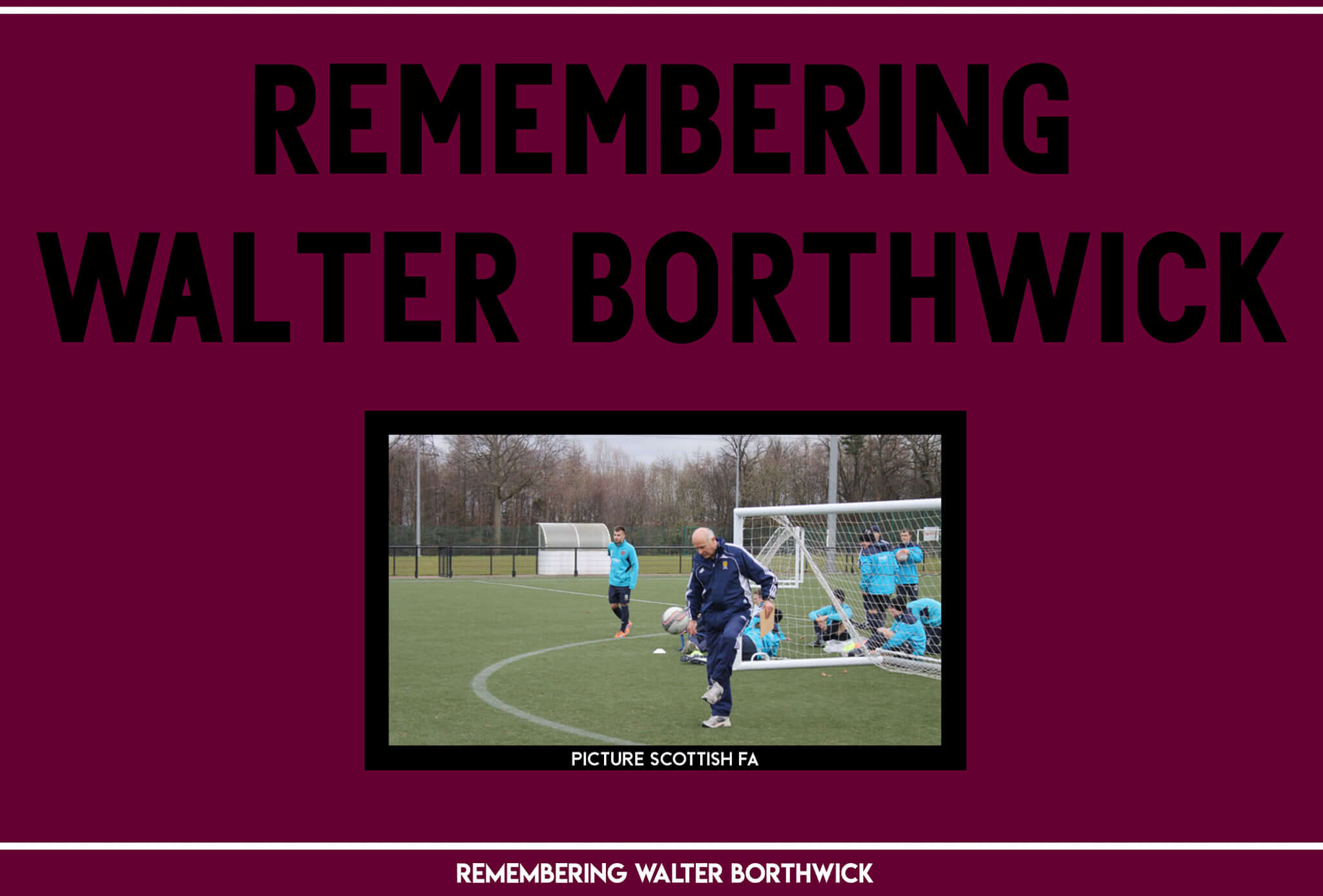 Arbroath FC were deeply saddened with the news that former Manager Walter Borthwick sadly passed away on Saturday at the age of 73.

Walter was a highly experienced coach and had been involved in Football for over 40 years.

Starting his career in his native Edinburgh with the Tynecastle Boys Club before starting his professional career at Greenock Morton in 1965 as a midfielder.

He had a short spell at Brighton and Hove Albion before spending 7 years at East Fife making over 184 appearances before joining St Mirren in 1974. Whilst playing at St Mirren his Manager was a certain young Sir Alex Ferguson. During his time with St Mirren he laid his first steps into coaching as his sat his UEFA B Licence coaching certificate.

Walter would go on to play for St Johnstone, before another short spell at St Mirren before 3 years at Dunfermline Athletic where he made 99 appearances and scored 8 goals, retiring at age 33.

Turning offers down to go part time, Walter became coach at Heart of Midlothian from 1980 to 1989, almost winning a cup and league double.

It was after leaving Hearts that Walter had a short spell as Arbroath Manager in 1991 where current coach John Young was his assistant manager.

After leaving Gayfield Walter became a Scottish FA Coach until 2013 in east Lothian.

His ethos of always learning helped him became a very successful coach where he passed on his knowledge at Grassroots level.

Walter has influenced and helped coach hundreds of youngsters throughout his career and many footballers will have Walter to thank for their development.

Whilst Walter’s stay at Gayfield was brief, we always are grateful for anyone who serves our football club and they become part of our family.

The thoughts of everyone at Arbroath FC go out to Walter’s family and friends.