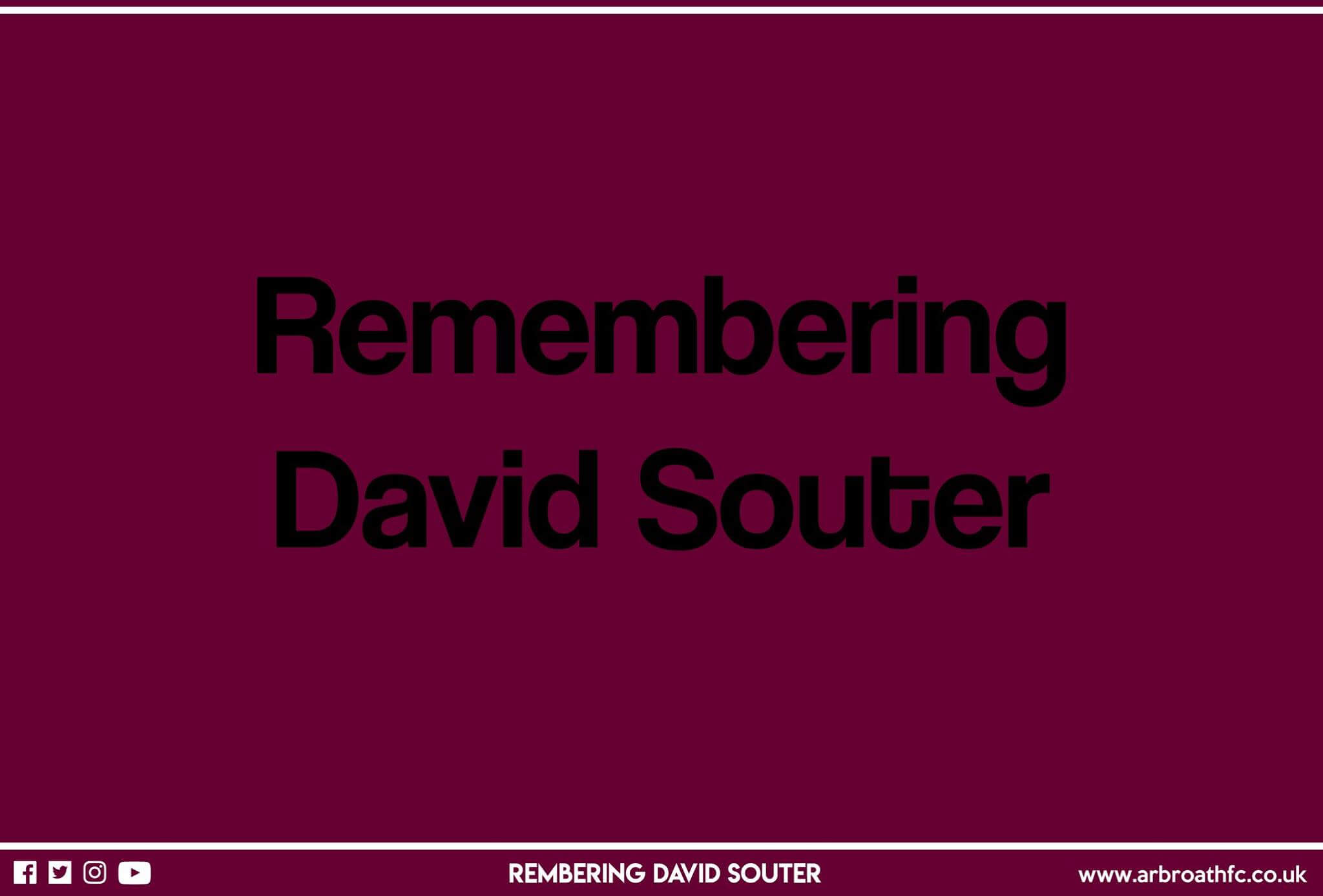 David Souter started his career with Carnoustie Panmure and he made one appearance for Dundee United, in a 1-0 league defeat by Stenhousemuir in January 1959. Arbroath signed the inside forward later that month and he made two league appearances in the Lichties promotion winning side that season.

Souter didn’t feature in the First Division campaign of 1960-1961, however, until the final two matches, a 3-1 defeat by Aberdeen at Gayfield and a 6-0 thrashing at Motherwell. By that stage the Lichties had already been relegated.

He became a regular in season 1960-61 under manager John Prentice, playing 36 league and cup matches and scoring six goals. He was surprisingly released at the end of the season when Prentice also resigned as club manager.

After brief spells at Berwick Rangers and East Fife, he rejoined Carnoustie Panmure before signing for the Lichties again in September 1962, and for the next two years he was a mainstay of the squad. In November 1964 he joined Clyde where he was reunited with manager Prentice.

He had made 103 appearances for Arbroath in all competitions, scoring 20 goals. At Clyde he played 121 games including the Scottish Cup semi final against Celtic in 1967 when the Parkhead side needed a replay to win. Shortly afterwards Jock Stein’s side defeated Inter Milan to win the European Cup.

That same season Clyde finished third in the First Division behind Celtic and Rangers. Souter subsequently had a short spell with Dundee, where, for the third time in his career, he linked up with Prentice.

Everyone at Arbroath FC are saddened by passing of David and our thoughts have been with his family and loved ones.