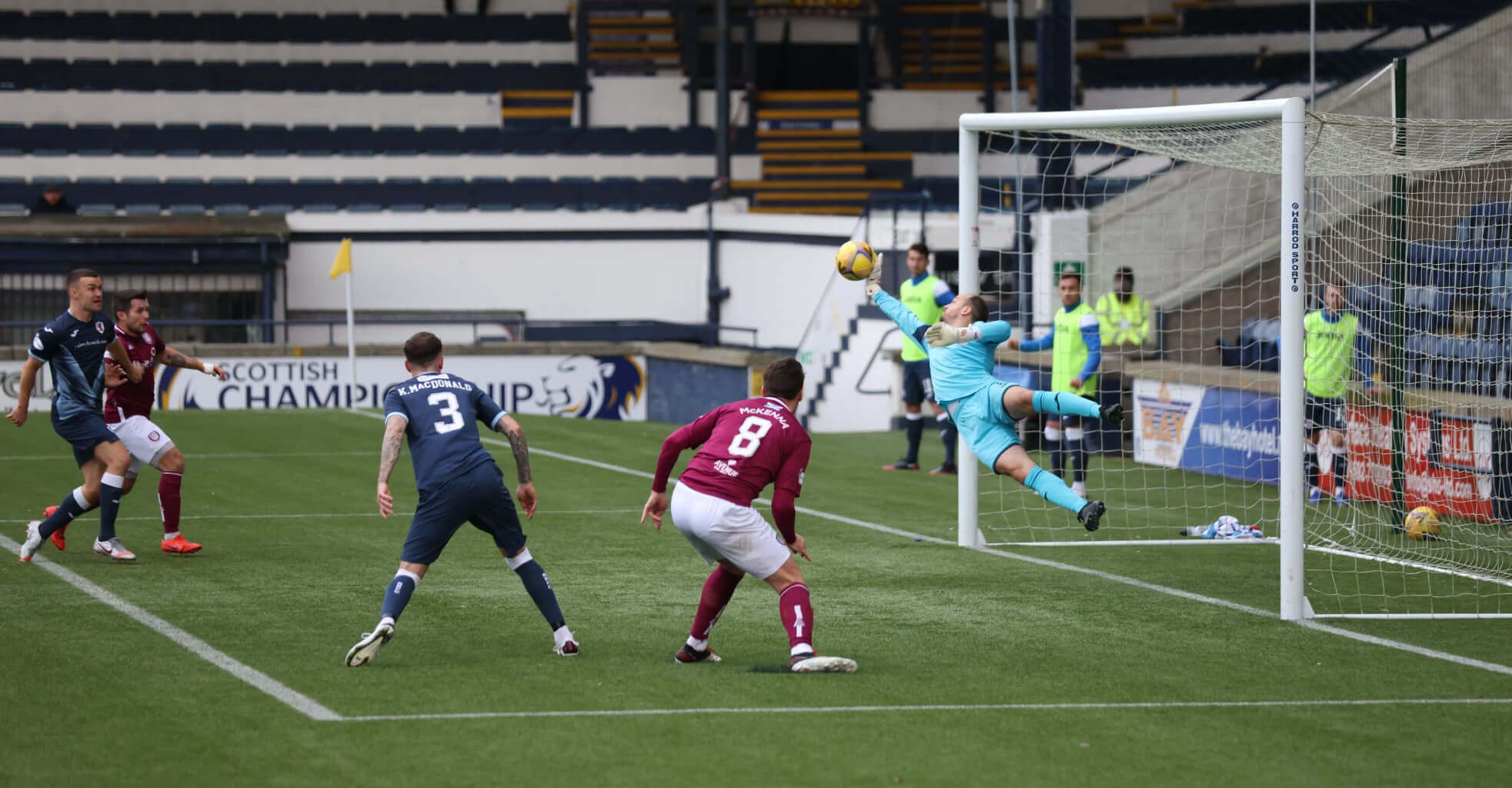 Arbroath’s return to Championship action didn’t quite go to plan as they suffered a 3-0 away defeat to Raith Rovers.

The afternoon went from bad to worse when Thomas O’Brien was deemed to have handled the ball in the 89th minute with Raith Rovers being awarded and O’Brien being shown his second yellow card which means he will miss Friday’s match against Heart of Midlothian at Gayfield.

Arbroath made two changes to Tuesday’s team with David Gold and Bobby Linn dropping to the bench and James Craigen and Gavin Swankie coming into the side. Colin Hamilton missed out once again due to an injury sustained against Montrose with Mark WHatley still not recovered from his niggling injury.

The LIchties made a really bright start with Miko Virtanen heading wide of the post in the 4th minute before Dale Hilson won possession in the 12th minute and tried a quick shot from distance which was over the bar.

Hilson came close again in the 16th minute before Michael McKenna was only denied a goal by a fantastic save by Jamie MacDonald who dived across his goal to palm the ball away.

In the 28th minute Luke Donnelly came close as he latched onto a ball played back in from an Arbroath corner but his shot was agonisingly just wide of the post.

Arbroath would rue these missed chances as in the 31st minute Dan Armstrong gave Rovers the lead. He hit a low drive from 18 yards into the far corner of the net.

A second goal followed just 4 minutes later, this time a move down the right by Dylan Tait played in Regan Tumilty whose right footed shot from close range found the back of the net.

Arbroath couldn’t get going and just before half time it went from bad to worse as Jason Thomson was deemed to have fouled Hendry, who took the penalty himself firing down into the left hand bottom of the net.

Into the second half and Arbroath did start to hold onto possession more but still really struggled to force MacDonald into a real save.

Bobby Linn was introduced in the 57th minute and his presence certainly lifted the Arbroath side with Linn keen to get the ball and run down the wings.

Michael Ruth and Connor Smith soon followed replacing Michael McKenna and James Craigen as Arbroath tried to get a goal to get back into the game.

In the 71st minute Thomas O’Brien picked up a yellow card for a foul on Manny Duku who had been a real threat all game for the Rovers.

As the game entered the final minute, Arbroath were stunned when Referee Gavin Duncan pointed to the spot and then gave Thomas O’Brien a second yellow before flashing the red.

It was very harsh on O’Brien whose arms seemed to be by his side but he was unable to move out of the way of Dan Armstrong’s shot from outside of the box.

Derek Gaston denied Hendry from the spot making a fantastic save to keep the score at 3.

It definitely was an afternoon to forget for Arbroath, and they will be hoping Colin Hamilton will be fit enough for Friday’s Heart’s encounter with O’Brien set to miss out.

As results have shown it is a very hard and very competitive league again this season, but we relish the challenge and will be prepared for Friday.