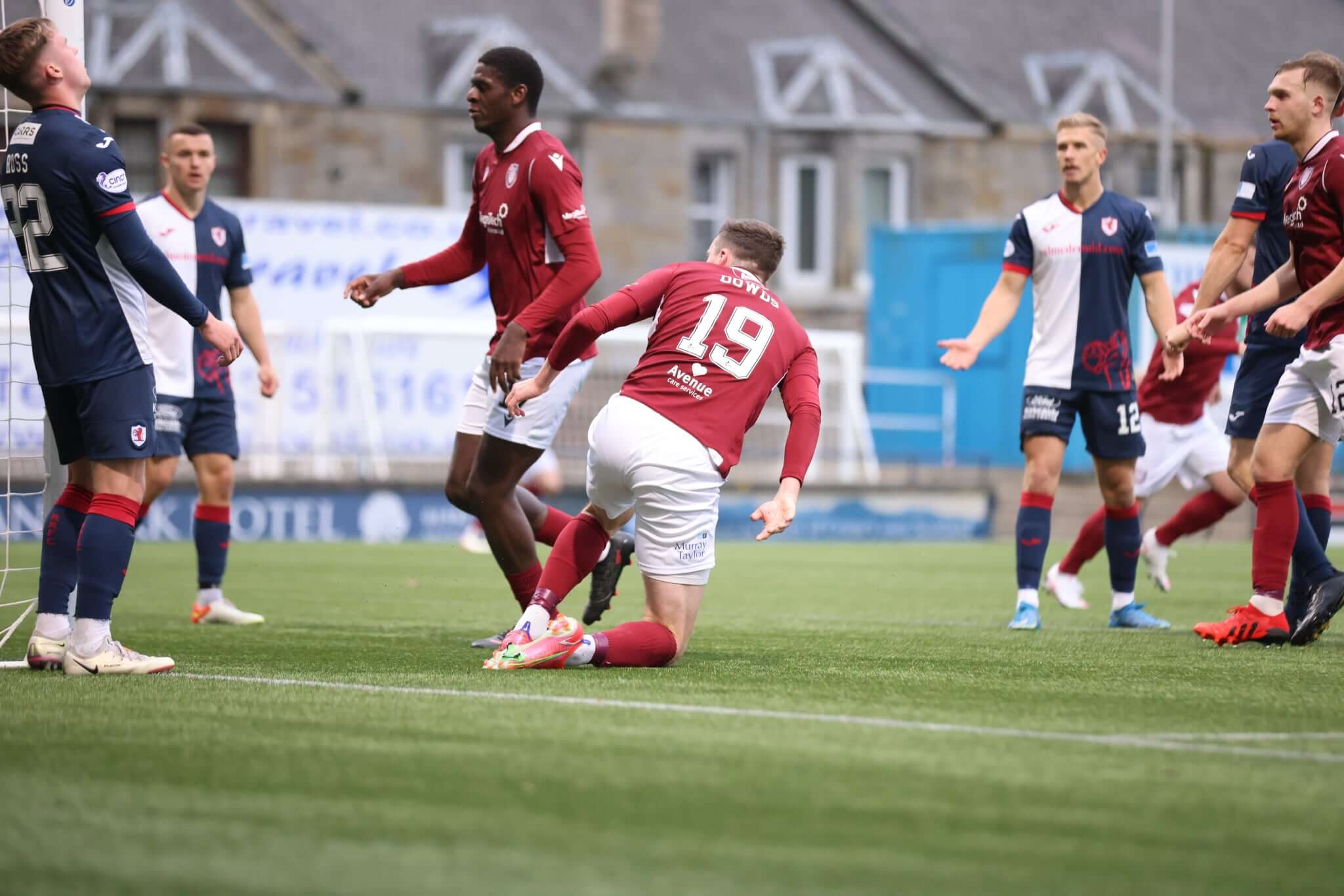 An uncharacteristically average performance from Arbroath today seen their 7 game unbeaten run come to an end at the hands of Raith Rovers.

Raith Rovers made a perfect start with Dylan Tait scoring in just the 3rd minute after latching onto a Aidan Connolly pass, with the home side looking dangerous in the opening 10 minutes as they passed the ball well from side to side, however Arbroath soon started to get up the pitch and James Craigen hit the Raith post from 20 yards out in the 13th minute.

Arbroath then enjoyed the bulk of the possession and were keeping Raith in their own half yet really didn’t create many problems for Jamie MacDonald in the home goal. The best effort was a pass from Nouble which found McKenna but MacDonald rushed out and smothered the effort.

As the game opened up in the last few minutes of the first half it was Raith who hit the Lichties with a sucker punch as they netted their second on the stroke of half time as Matthews headed in from a Zanatta cross.

Arbroath came out strong in the early moments of the second half but unusually were just not able to test MacDonald.

The second half really didn’t see many chances at either end and as Arbroath appealed for a penalty in the dying seconds the ball was played back into the box and Anton Dowds netted his first Arbroath goal at the back post.
As stats goes it was the lowest chances created after 9 games for the Lichties.

The Rovers move up to joint second place with Kilmarnock on 17 points whilst Arbroath remain joint 3rd with Partick Thistle.

They were backed by what looked like a 300-400 strong support and the team will now turn their attentions to next Saturday and look to get back to winning ways.