Home - Queen of the South vs Arbroath – Match Preview

Queen of the South vs Arbroath – Match Preview 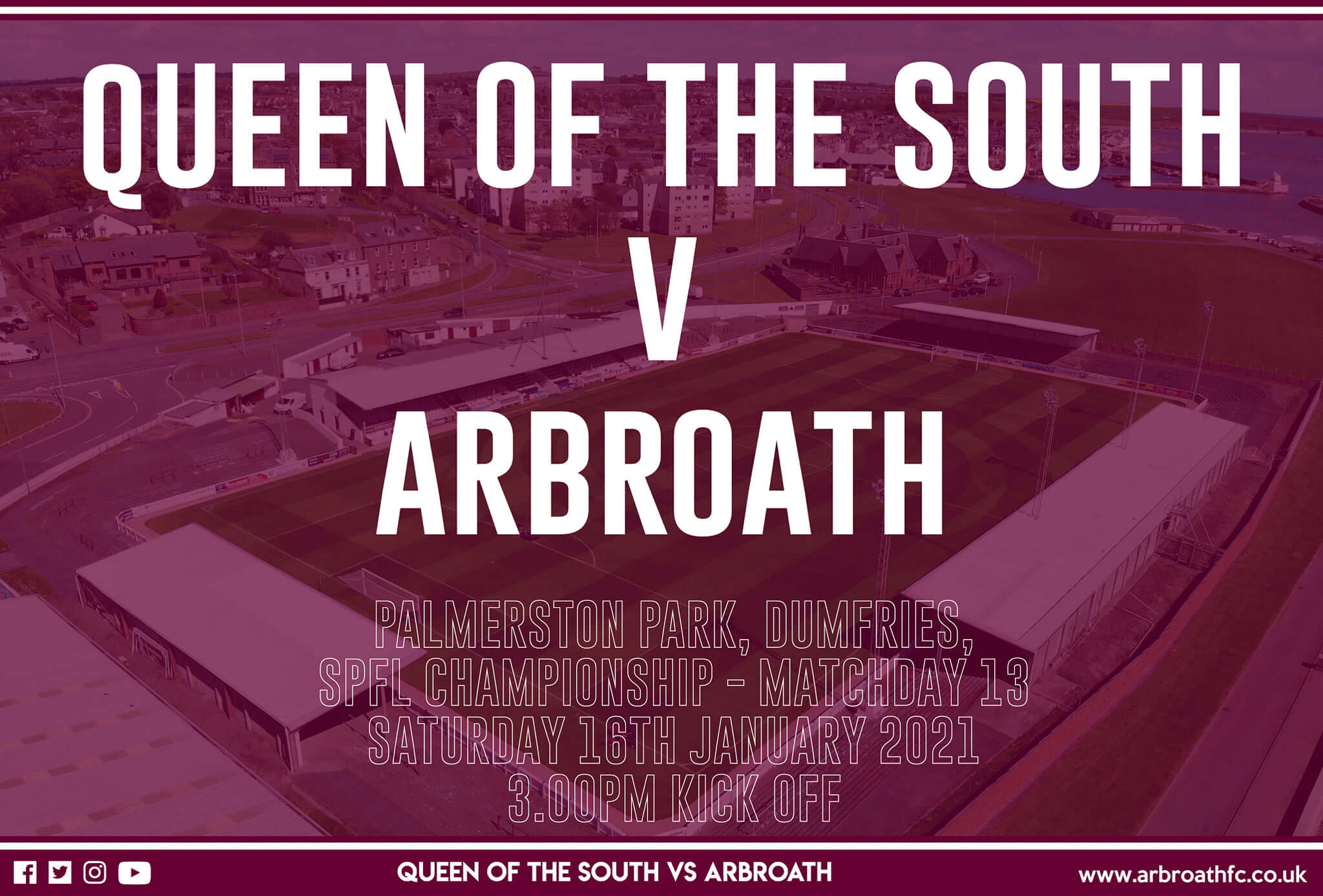 Queen of the South vs Arbroath – Match Preview

The Lichties make the long trip south tomorrow to Dumfries where they will take on one of the form teams in the league, Queen of the South.

The Doonhammers are on the back of 3 wins having defeated Raith Rovers, Ayr United in the Championship, and last week defeated Queen’s Park at Hampden in the Scottish Cup.

The Official Queen of the South website (qosfc.com) reports a few injury worries for the home side;

“We will still be without Jack Leighfield who is likely to face a few weeks on the side-lines with a knee injury, although Charlie Cowie will be able to return to the bench after being cup-tied for last week’s Scottish Cup trip to Hampden. The game might come too soon for Stephen Dobbie who is still nursing a hamstring injury, although the captain will hopefully make a return to action this month. It remains to be seen whether Nortei Nortey or Harry Robinson will make the game.”

Queen of the South have also added defender Rhys Breen to their team since we last met them who has joined recently on loan from Rangers.

Arbroath will of course be without Miko Virtanen who has returned to Aberdeen and has been named on their bench for their match against Rangers, and then their game at Livingston which was postponed at the last minute and Connor Smith who has joined Cove Rangers on a loan from Hearts.

We do give a warm welcome to Jake Davidson who arrives from Dundee United and Ben Williamson who has joined on loan from Rangers with both players expected to be involved tomorrow. Arbroath haven’t now played a game since our match against Heart of Midlothian on December 29th, so this will be our first game of the new year.

We hope you can watch along via Queen of the South TV who offer their streaming service for £10.

Every game is tough in the Championship but the players are all fired up and raring to go!

Queen of the South Squad (including winter arrivals)

Queen of the South vs Arbroath – Head to Head

Neither Team have any players suspended.

How to watch all the action;

Arbroath supporters can purchase the stream for tomorrow’s match away to Queen of the South for £10 here; https://www.qostv.co.uk/

Lichties who purchased the stream for Pars TV will also be able to use the same email and password.

As always it is recommend to purchase the PPV a few hours before kick off.