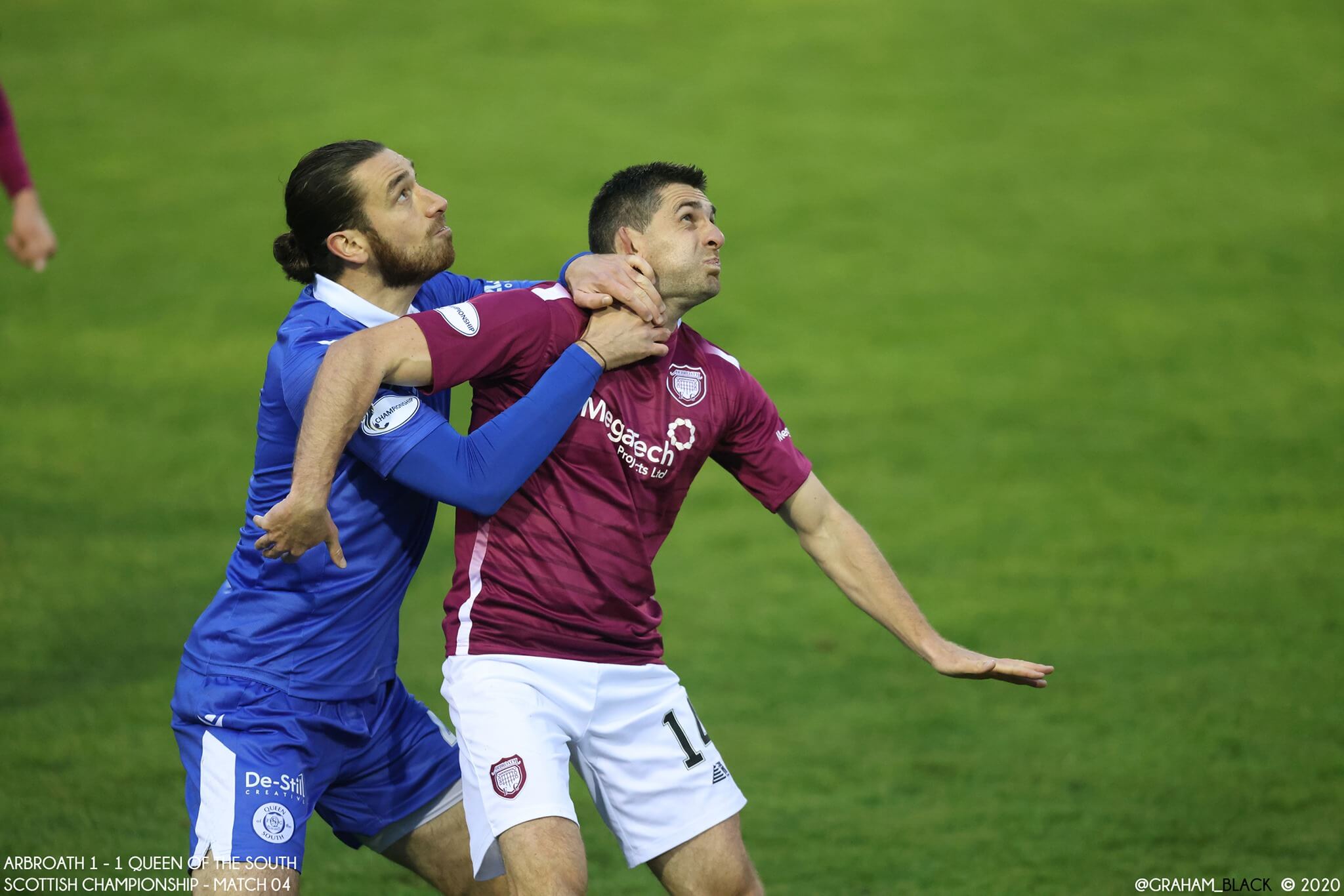 The Lichties came back from 2 goals down to secure a well deserved point and were unlucky not to get all 3 after having the best of the play.

Arbroath gave debuts to Jake Davidson and Ben Williamson with Derek Gaston in goal, Mark Whatley starting at left back, with Colin Hamilton joining Thomas O’Brien in central defence with Jason Thomson at right back. James Craigen started on the right with Jake Davidson playing in front of the defence with Ben Williamson in front of him with David Gold on the left in a diamond midfield with Kris Doolan and Dale Hilson up front.

After a very poor first half, Connor Shields who is the form striker in the Championship scored just after 6 seconds into the second half, perhaps confusion in the Arbroath defence after Whatley moved to right back, Thomson joining O’Brien and then Hamilton returning to left back.

However substitute Scott Stewart, who came on in the 55th minute to replace Whatley wasted no time in getting Arbroath back into it with a low drilled shot in in the 63rd minute before Captain Thomas O’Brien pulled Arbroath level with a bullet header just 2 minutes later from a corner kick from substitute Bobby Linn, who had come on for Davidson in the 60th minute.

Arbroath kept on attacking in numbers with substitute Michael Ruth unlucky with a bursting run and shot late on.